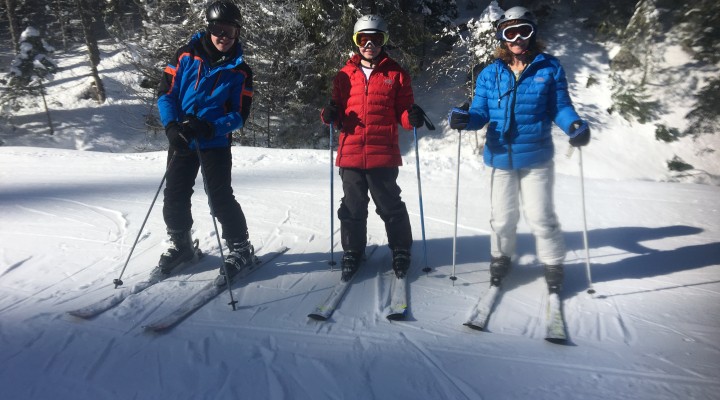 I’m 55 years old (yes I’m getting old), and I first learned to ski in Australia when I was sixteen years old as an agile teenager.

Firstly, YES, they do have snow in Australia!

Secondly, I’ll let you in on a secret – I used to be OK, but I lost my nerve, and now I’m a lousy skier.

I’ve lost my confidence since I had a nasty fall a while back where I couldn’t stop on a very steep slope, and it really frightened me.

Explorason is now a confident skier, thanks to ski lessons he had at Christmas in Liechtenstein, so I know the importance of lessons.

I need some help to get me back on the slopes at Mount Pirin, so before we arrived in Bansko, I booked ski lessons for both of us with Pirin 2000 Ski Hire and School. 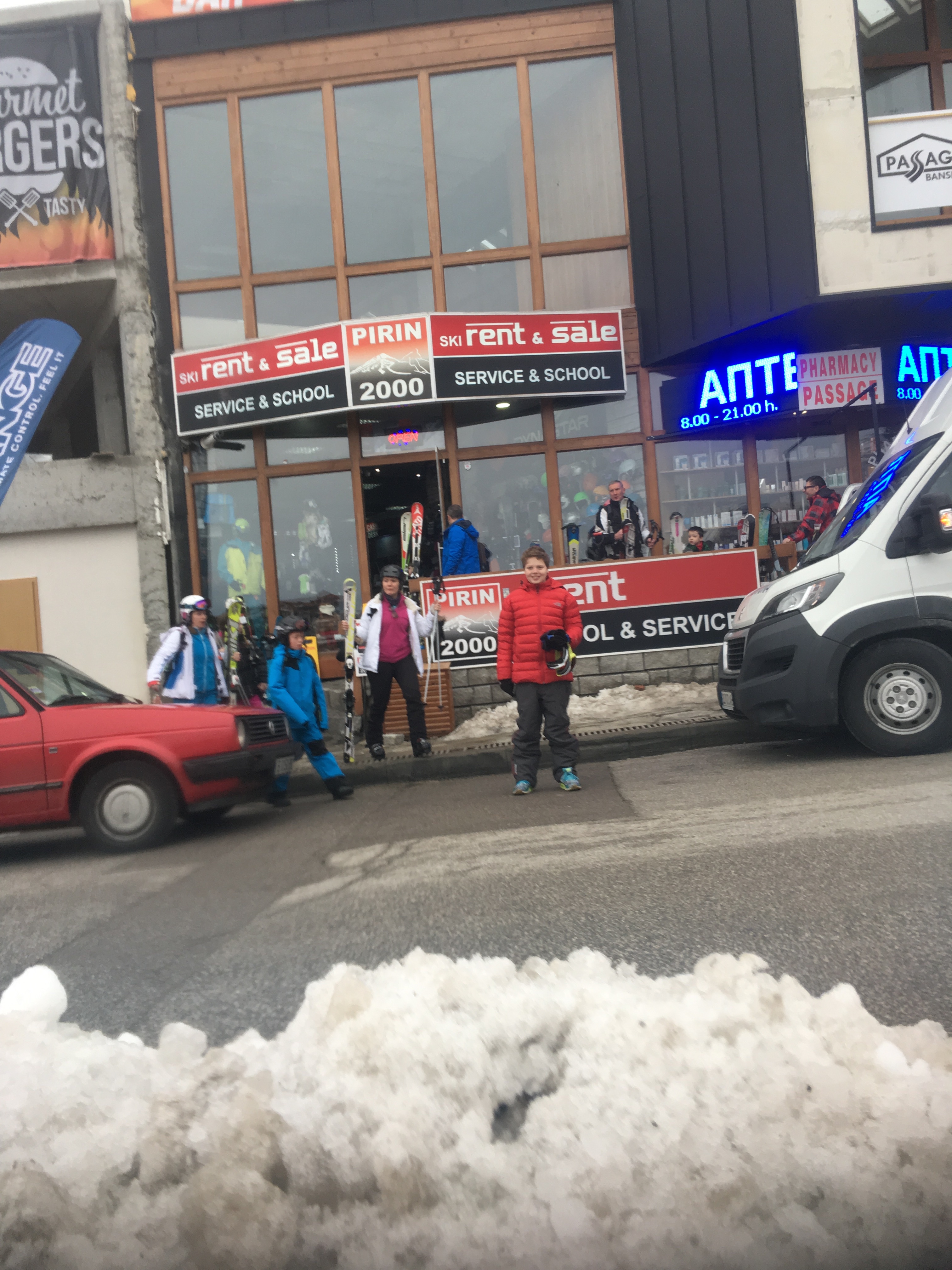 ©Exploramum and Explorason – Bulgaria, Bansko – at Pirin 2000 Ski Hire and School – ready to get our ski gear

Pirin 2000 Ski Hire and School have their store located right opposite the walkway to the Gondola, so it is a perfect place for us to also rent our equipment from.

We simply walk from the store right to the Gondola. We have probably the shortest walk anyone could hope for. This is ideal for new skiers, or families with small children as there is hardly any distance to walk.

It’s also great at the end of the day when Explorason was really tired. 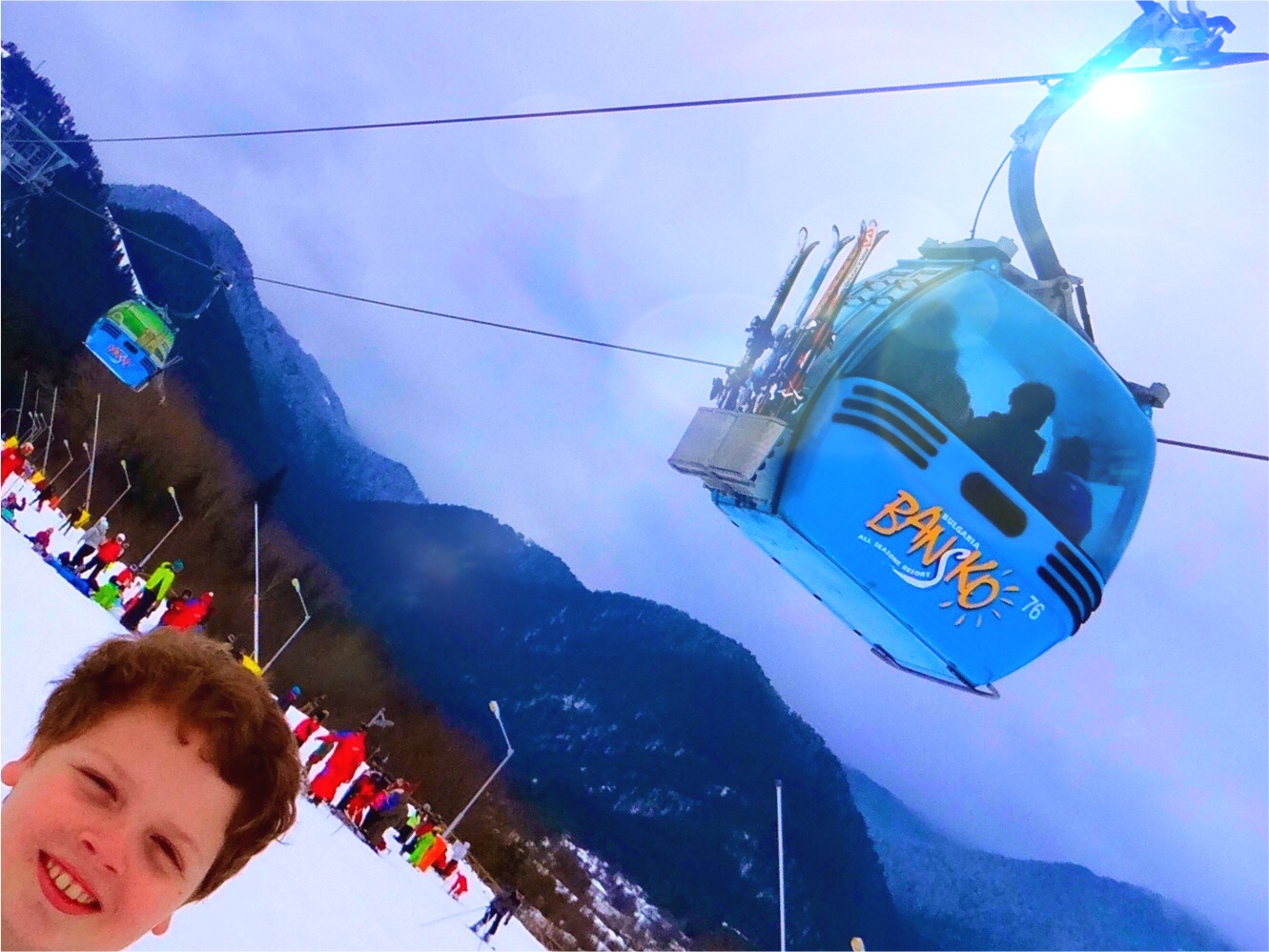 We ordered a VIP Gondola Fast Pass from Premier Luxury Mountain Resort and this meant we just walked right by skiers lined up for up to three hours to get up the mountain.

Worth every cent in my opinion! 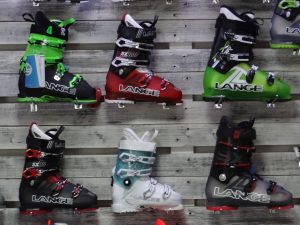 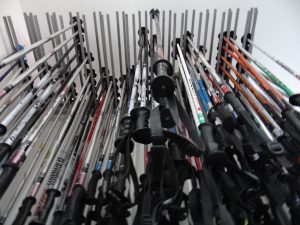 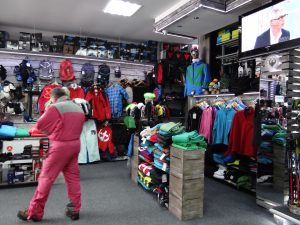 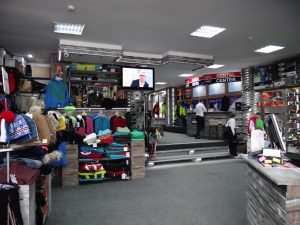 They have all we needed to hire ski except the goggles, which we could hire from DipZone attached to our resort. 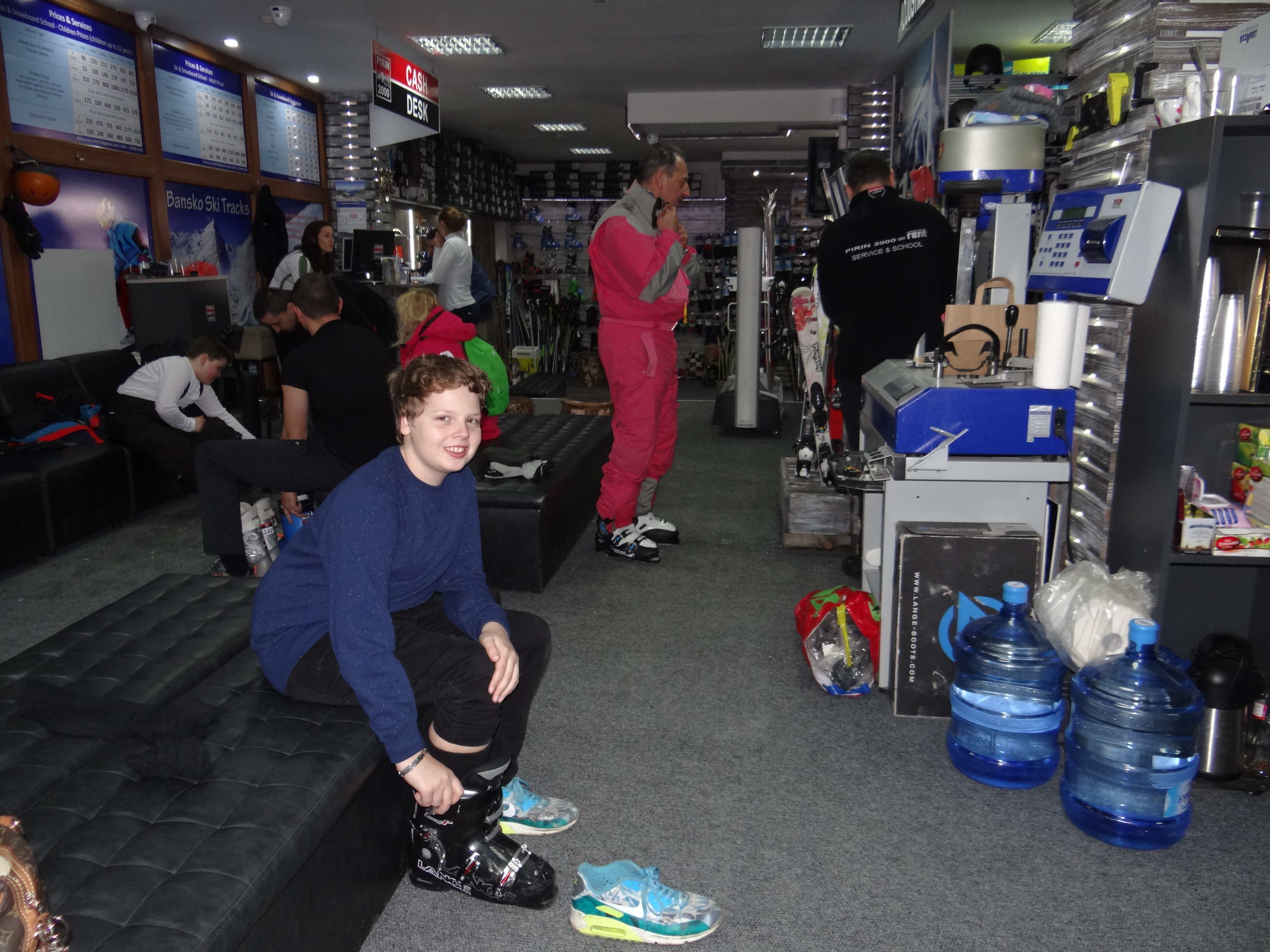 ©Exploramum and Explorason – Bulgaria, Bansko – at Pirin 2000 Ski Hire and School – Getting fitted for our ski gear

Bansko is probably one of the most affordable skiing locations in Europe for folks from both UK and mainland Europe to come and ski.  So when it is school vacation, the place is packed to the brim with families all ready to hit the slopes.

Fortunately, we arrive a little before the British mid-term vacation, so we head into Pirin 2000 Ski Hire and School to select our ski gear.

It was quiet on this day, so we were fitted with great attention by the professional staff in the store, and we agreed to leave our ski equipment (apart from our helmets) at the store, and arrive each morning to collect prior to our lessons.

This was all fine until a really rude ski instructor from an opposition ski school that I will not at this moment name (and his snow-boarding female teaching companion) continually and repeatedly pushed my son out of the way on the stairs until he fell.

I asked them both to stop and they refused, telling us how important they both were, and that had an Annual Pass.

Clearly, they had no pass in manners! 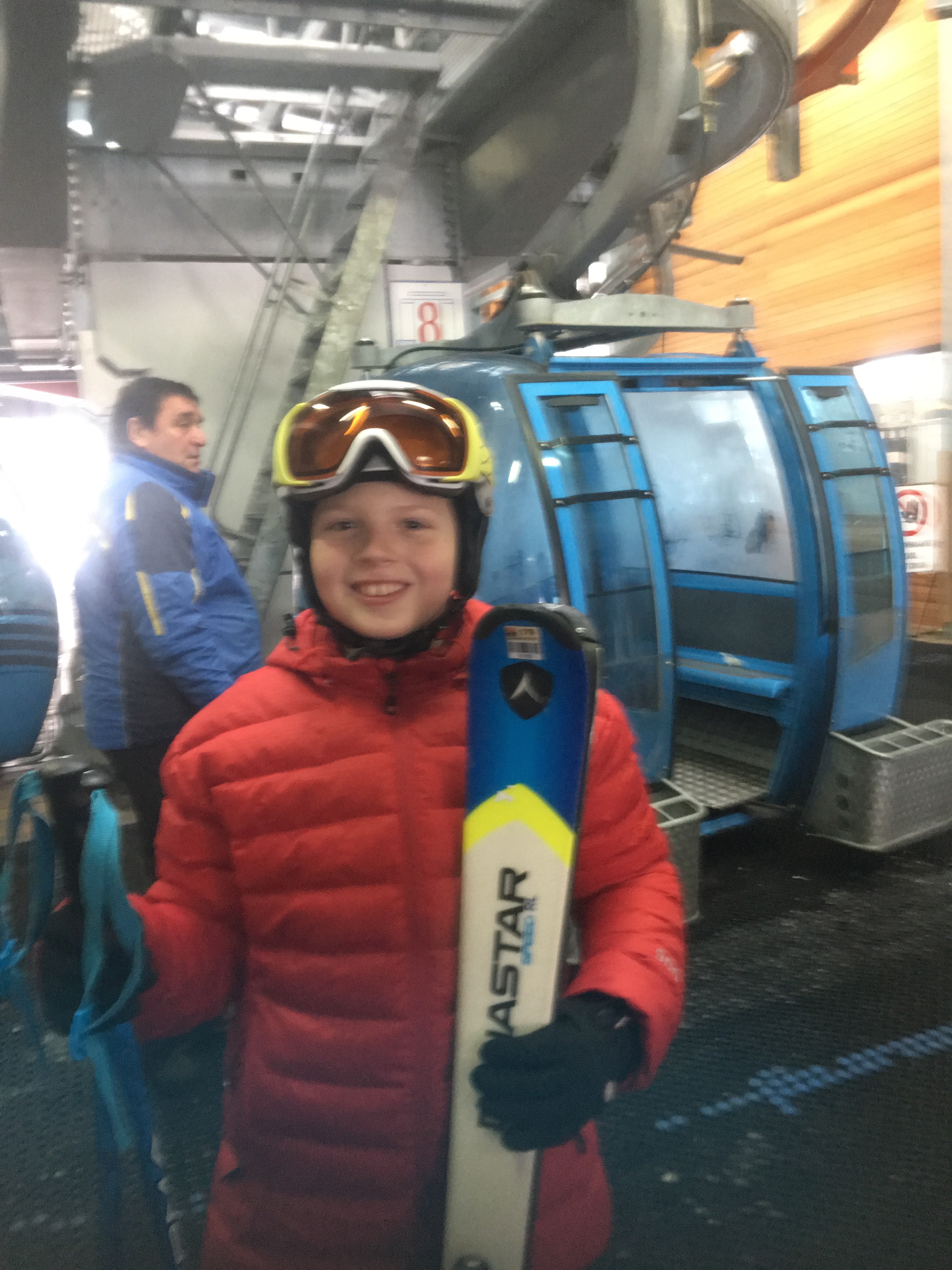 ©Exploramum and Explorason – Bulgaria, Bansko – getting ready to board the Gondola

Eventually, we had to ask the Gondola staff for assistance as the man pushed my son over and the lady abused him.

Guess which ski school I won’t be using if we come back? Theirs! 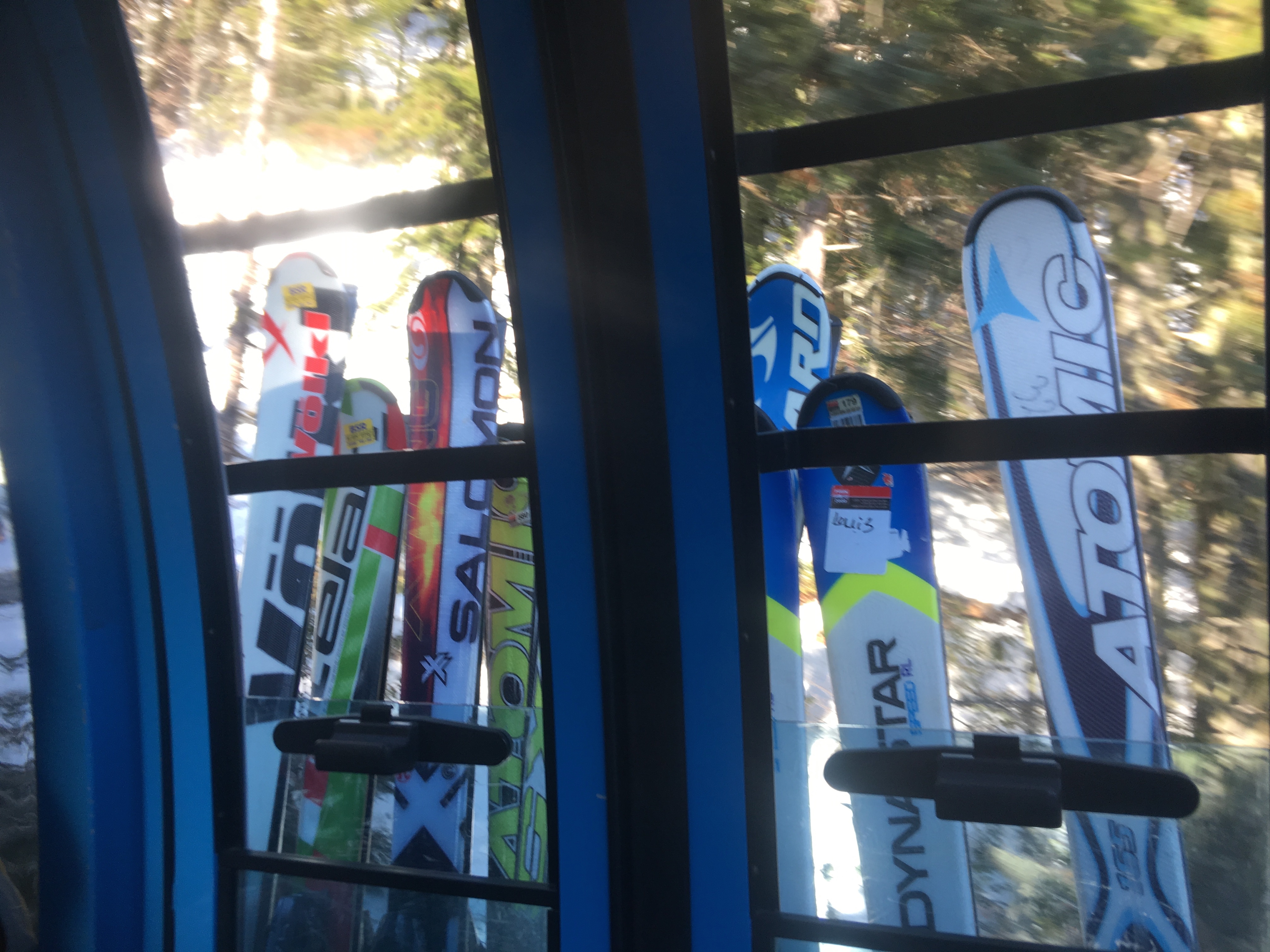 ©Exploramum and Explorason – Bulgaria, Bansko – on the Gondola

The Gondola is a cinch to use. The toughest bit is carrying our ski gear up the stairs.

We were pretty happy after that drama just to sit in the Gondola and soak up the beauty around us as the conifers seemed to drop away beneath us. 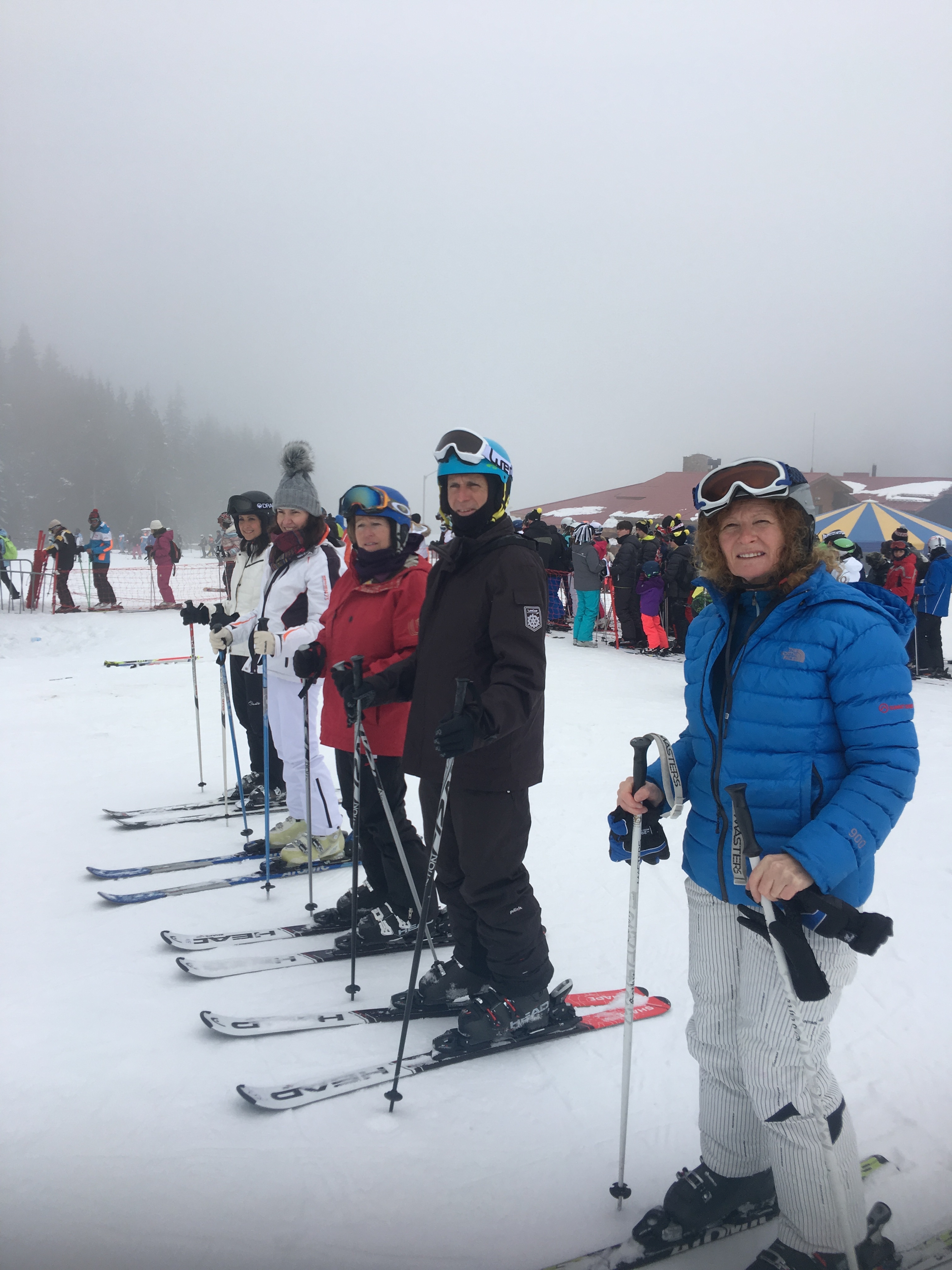 Our class was a real mix, and Explorason was definitely more advanced than the rest of ‘us oldies’.

He was too skilled, and we told the organizers that at the start, but I think they didn’t believe him until we discovered that most people in the class were beginners.

This was a bit of a disappointment but the instructor sorted it out eventually. 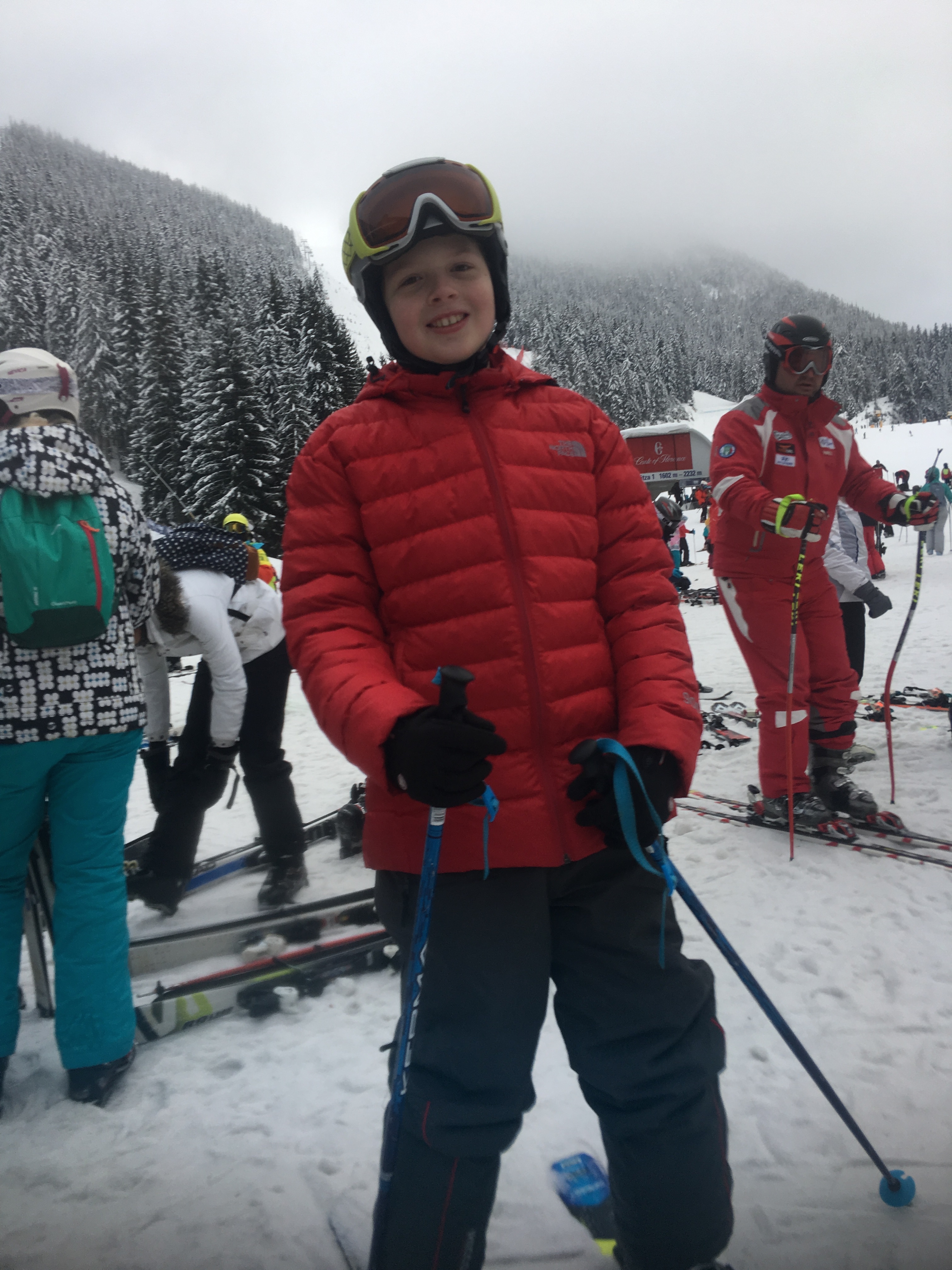 In fact, I was pretty good too, compared to some of the others. But the nice thing was that we all spoke English, so we chatted away, and that was really nice.

But the nice thing was that we all spoke English, so we chatted away, and that was really nice. 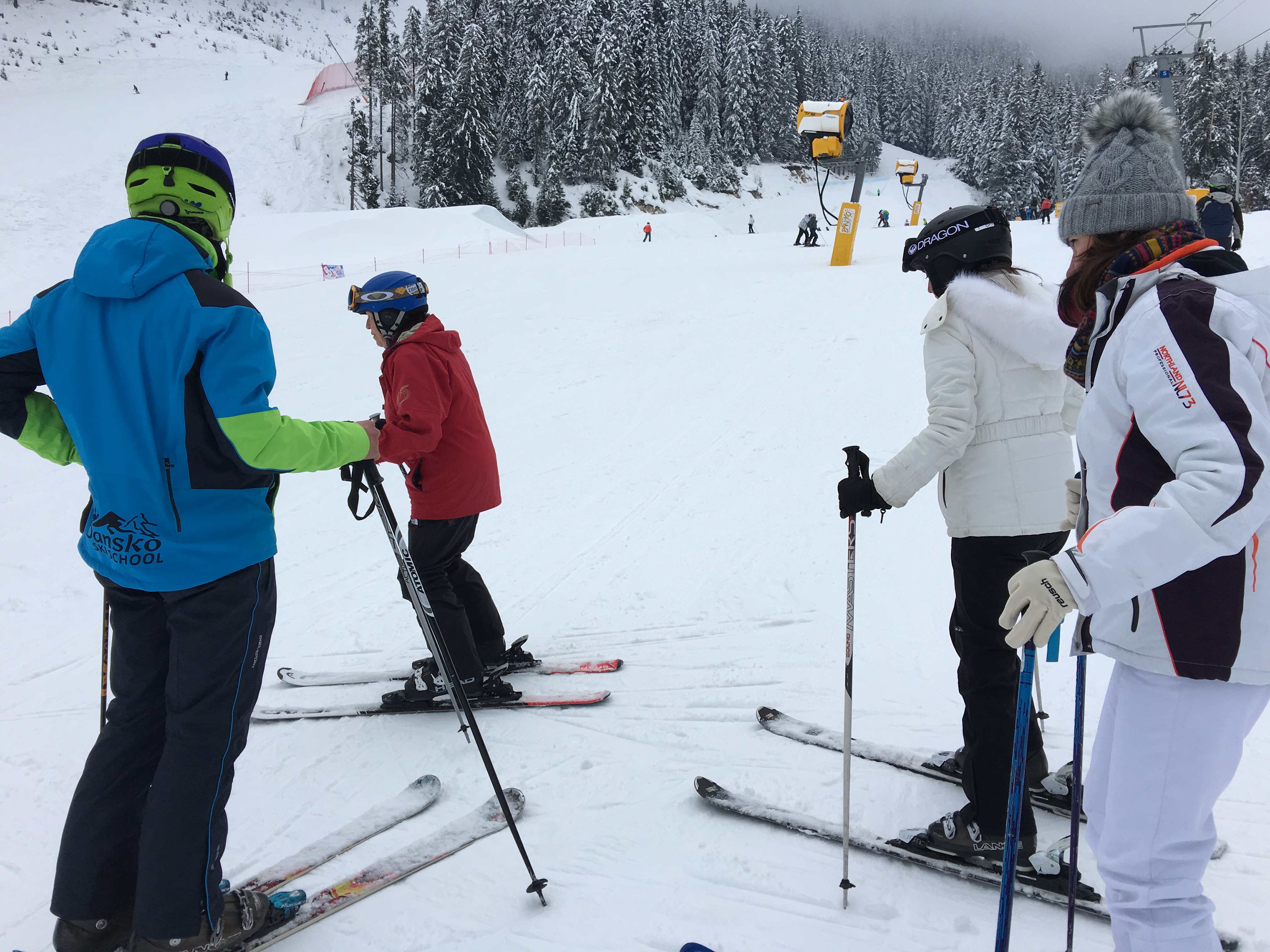 By the end of the first lesson, I felt a lot more confident. 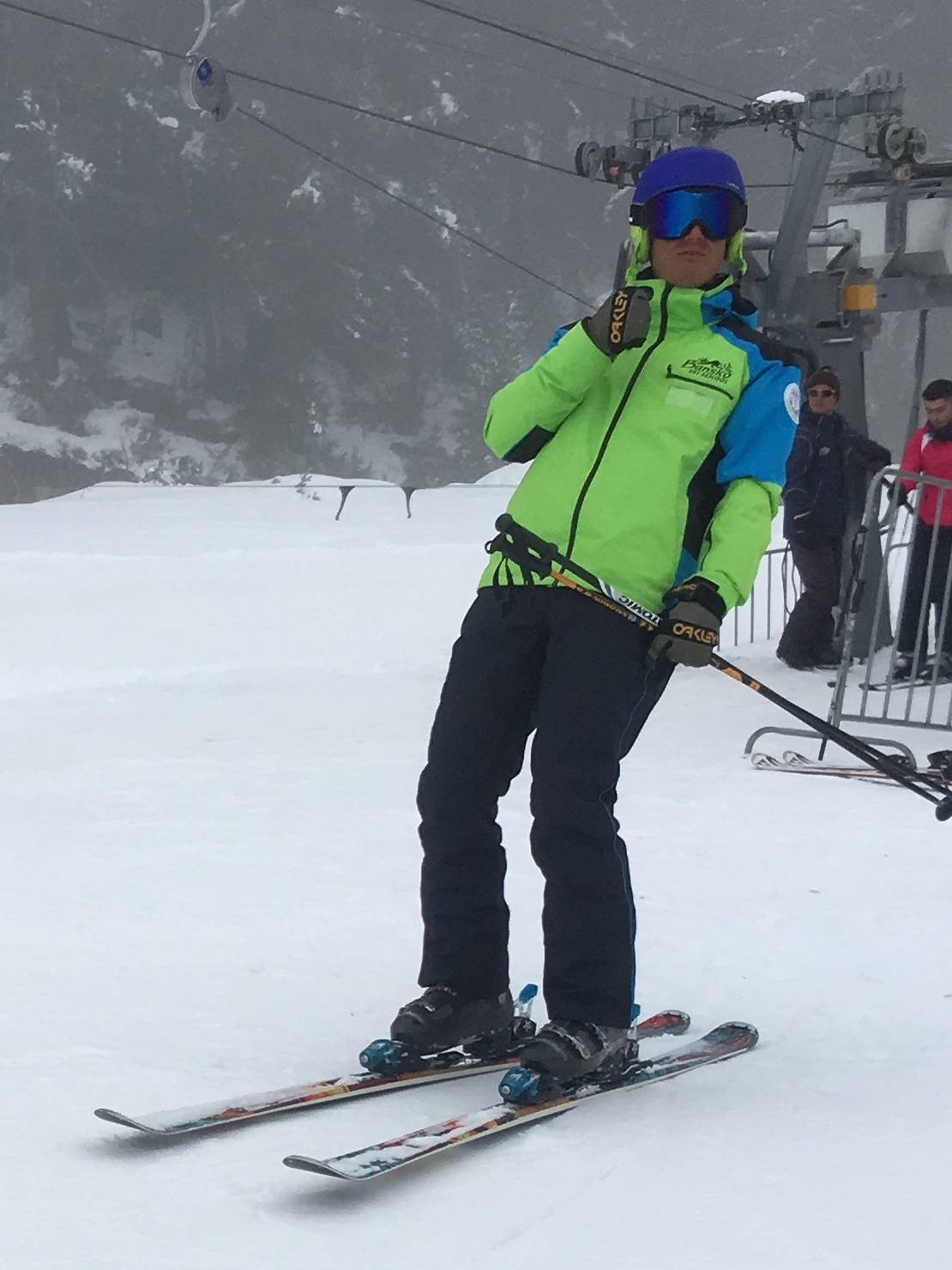 I won’t lie, our instructor Ivan was pretty tough.

Right from the start, he pushed me to my limit.  I advised him I’d ‘lost my nerve’ but on Day Two he had me skiing down a slope that really scared me.

There was just the three of us in the class, so we had loads of attention – it was amazing!

So I told him when I felt a place was too steep for me and I didn’t want to lose control, and instead of understanding, he gave me an exercise to do to get down the steeper section. 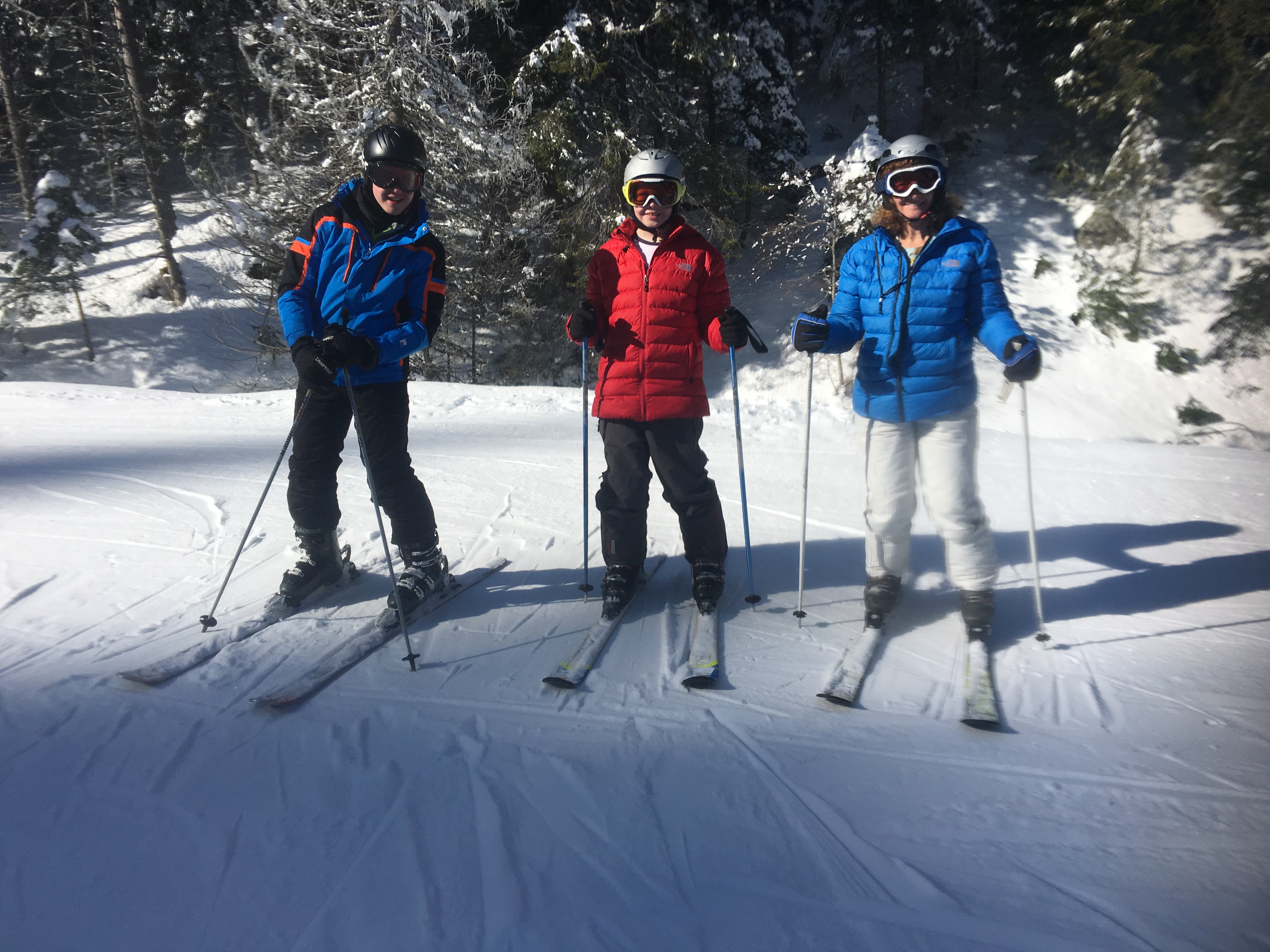 ©Exploramum and Explorason – Bulgaria, Bansko – Day Two – we have a small class

Ivan’s toughness worked, and the skills I learned on Day Two really made me feel like I had a breakthrough. Thanks! Ivan.

I still ‘feel and visualize’ the left and right movements I was taught, and how my balance, and my stopping all fell into place that day.

Now I needed to practice.

The Slopes Are Packed with British 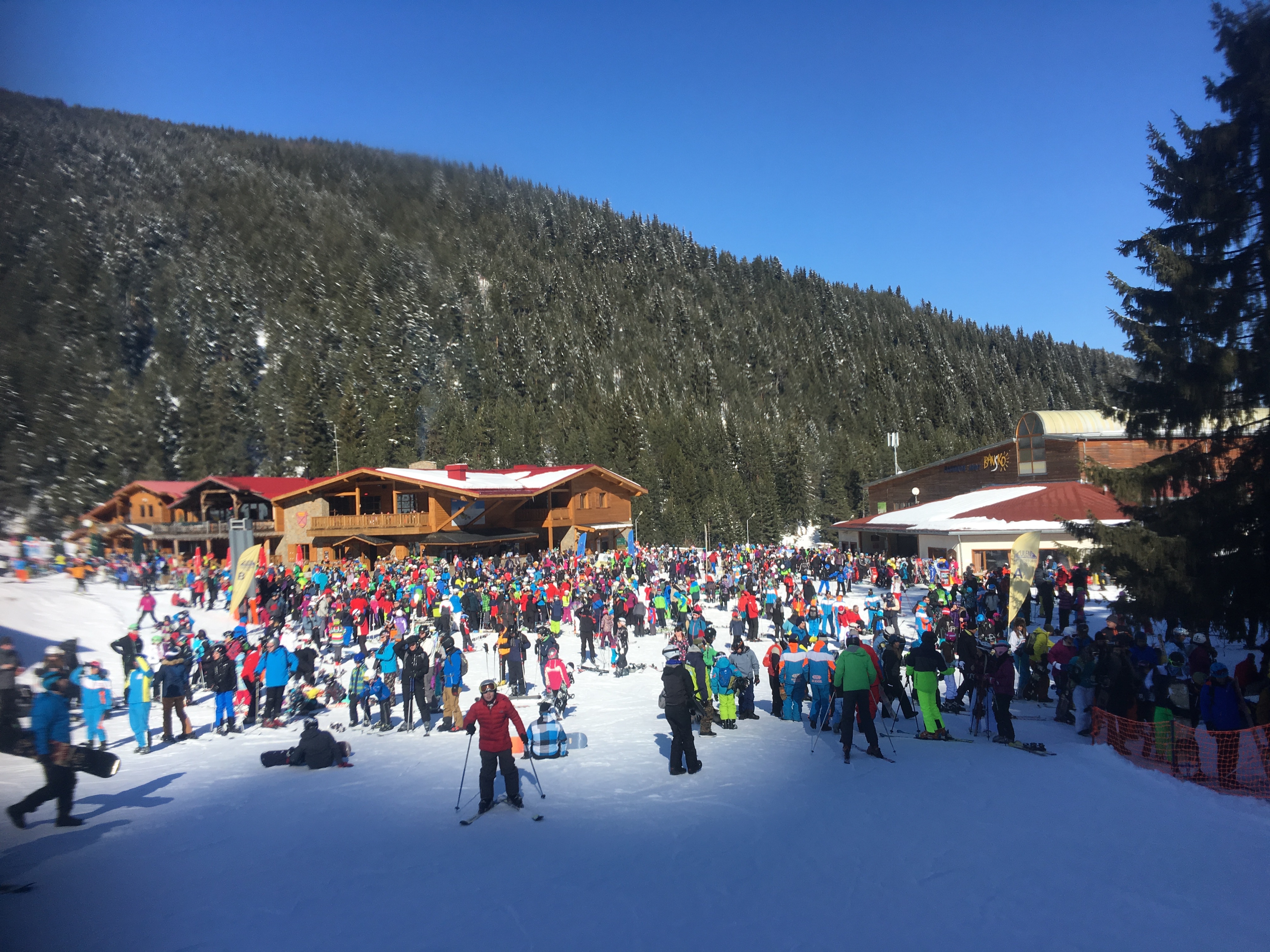 The British mid-term school break has started and the place is just packed. The queues are crazy, so the VIP pass is once more a winner.

You won’t believe it, but the same rude instructors are pushing past us on their way up the Gondola VIP steps again. This time Explorason and I ‘part like the Red Sea’.  I can see clearly their ski school name and I think they are a disgrace to the company.

Thank goodness it is not our ski school instructors acting so unprofessionally.

The place where we meet for lessons is like ‘bees to honey’, and there seem to be more students than instructors. Everyone is keen to learn, and many ski schools meet here at this point.

Many students need testing as they have just arrived, and so the first half of the lesson is with seventeen other students all working out their level of expertise. 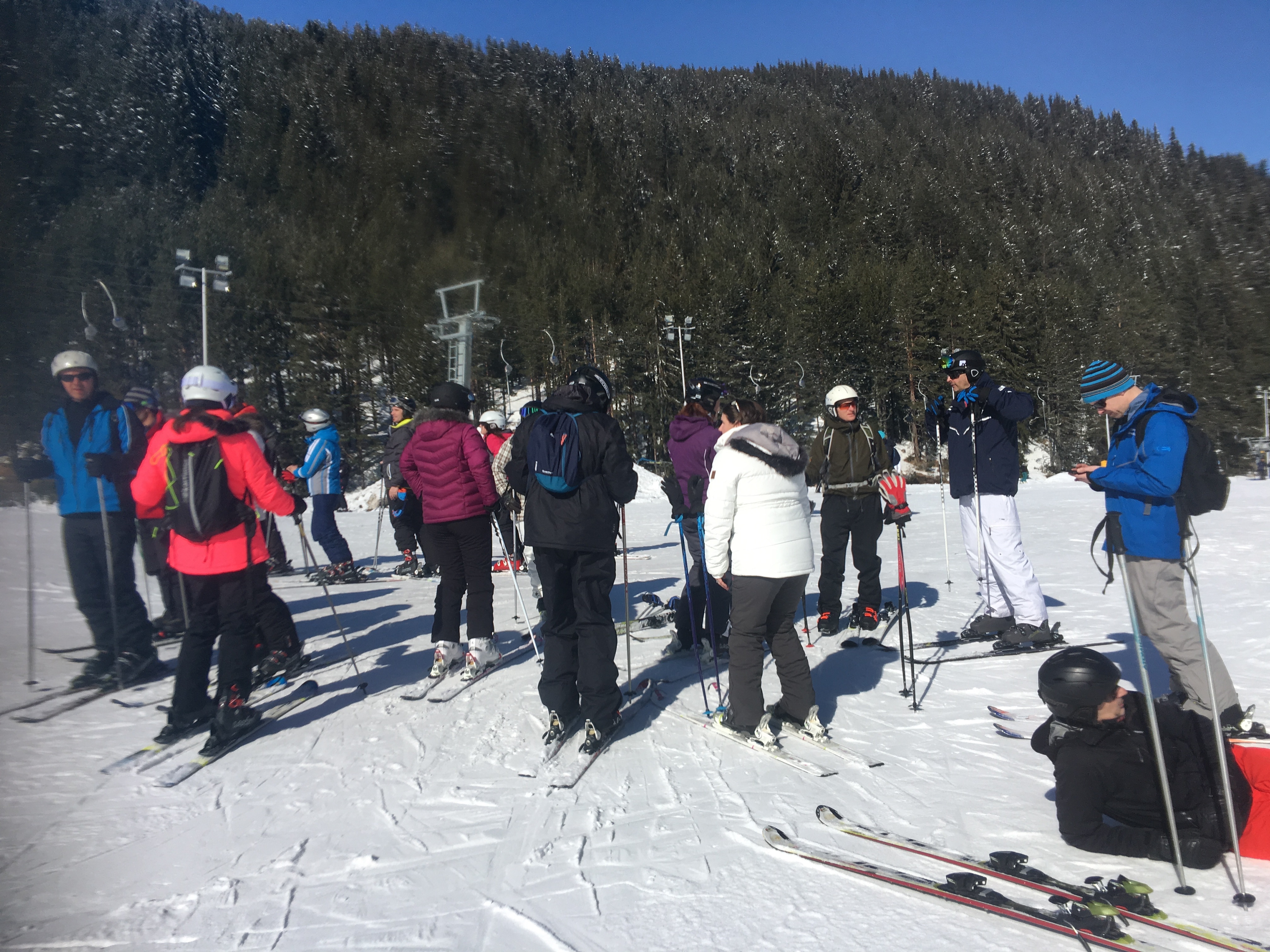 I’m placed with the more advanced skiers this time. Explorason and the other teenager go off to advanced kids lessons way up on the chairlift, and we agree to meet at the ski school area at lunchtime.

My class heads up on the Gondola eventually, and I see a girl, lost from another class, struggling.

She clearly is not up to our level and she has no gloves, and Ivan needs to assist her to ski down the first section.  She isn’t experienced enough for the next lesson, so I offer to ski down with her. Frankly, I think they were all too advanced for me.

Explorason and I met and decided we would practice, and love the Scotsman in his kilt in our practice area. 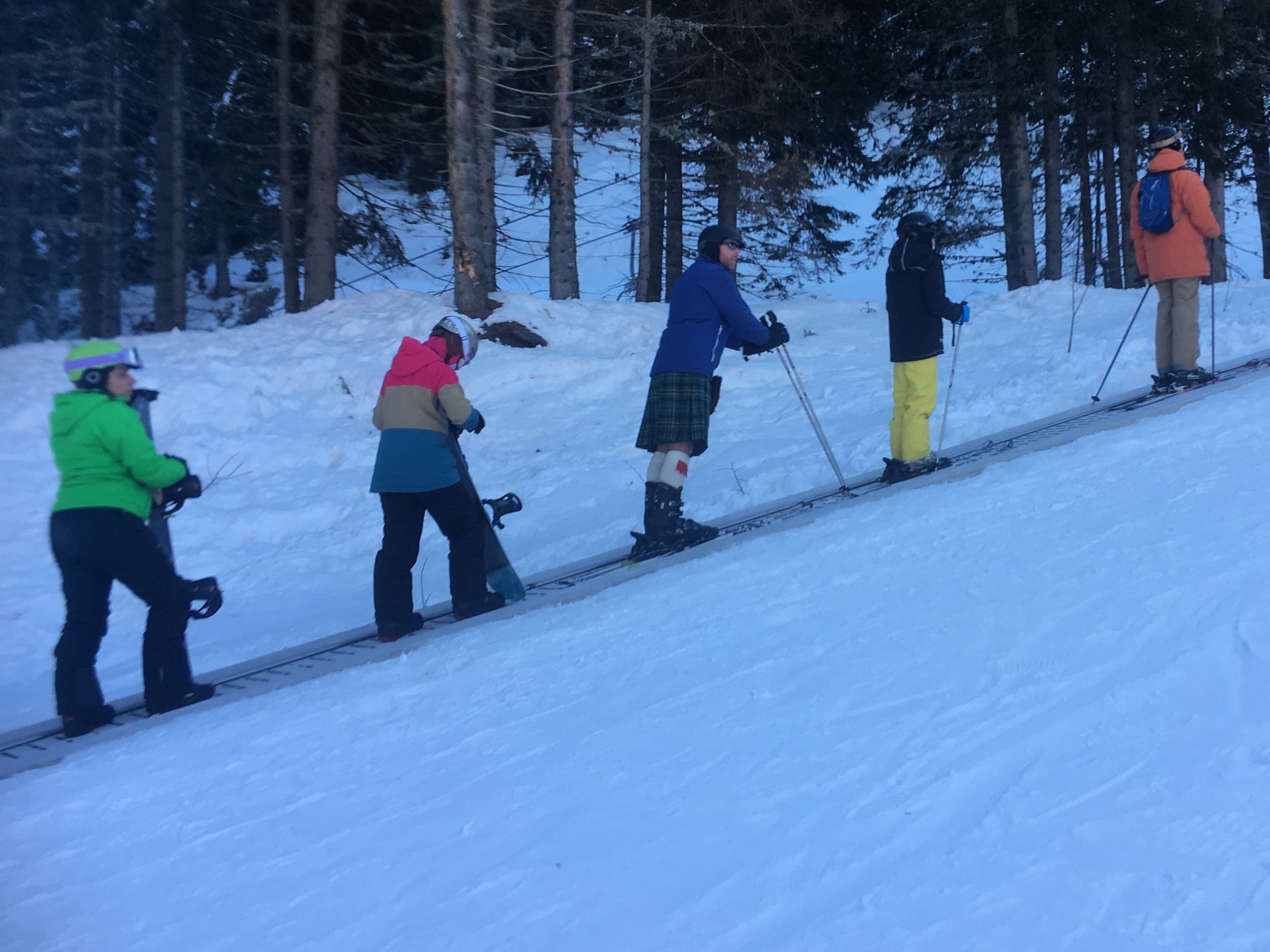 ©Exploramum and Explorason – Bulgaria, Bansko – A brave man skis in a kilt

We had a hot chocolate at the chalet area, and feeling refueled we were ready to head down the long slope back to the base. 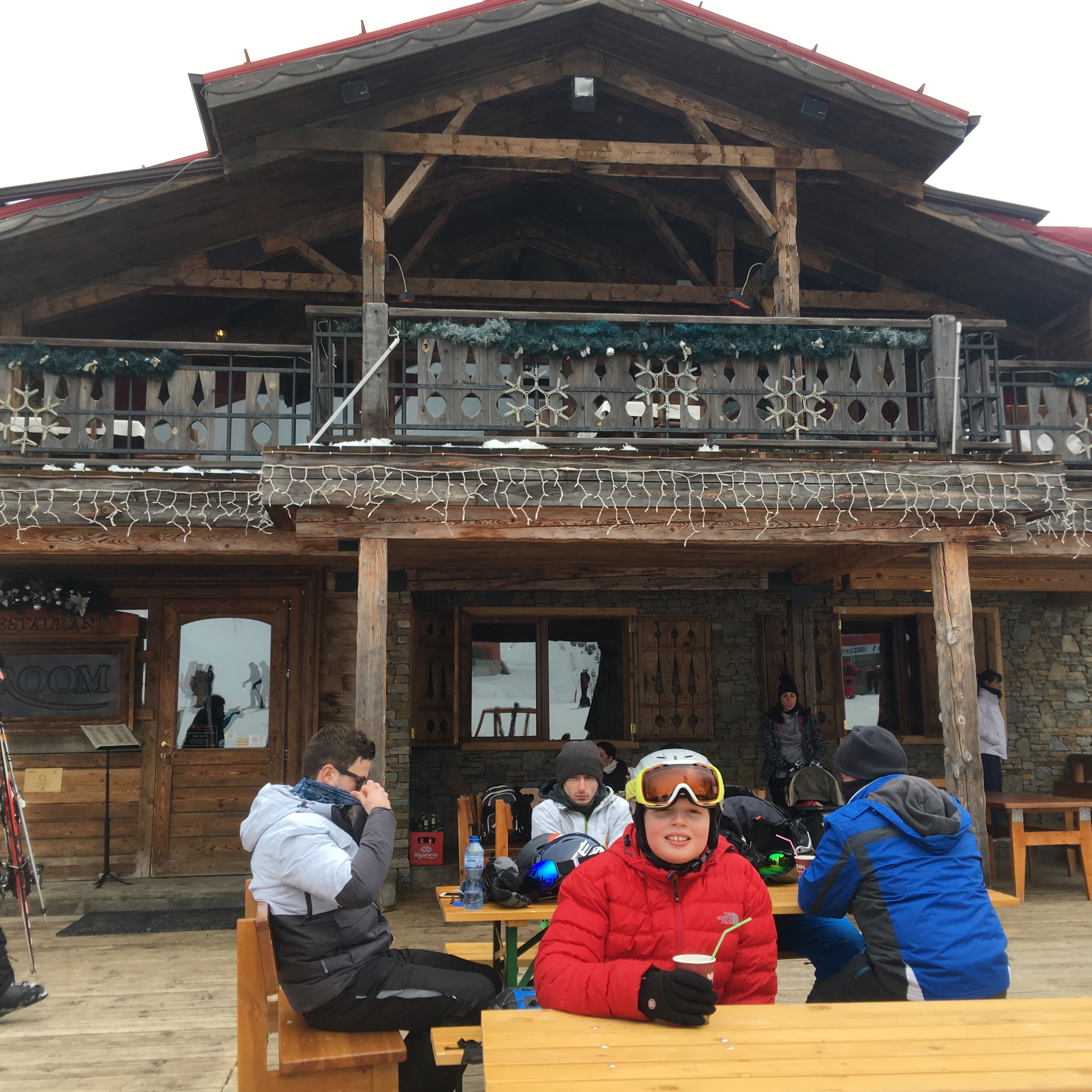 Batman In The Snow 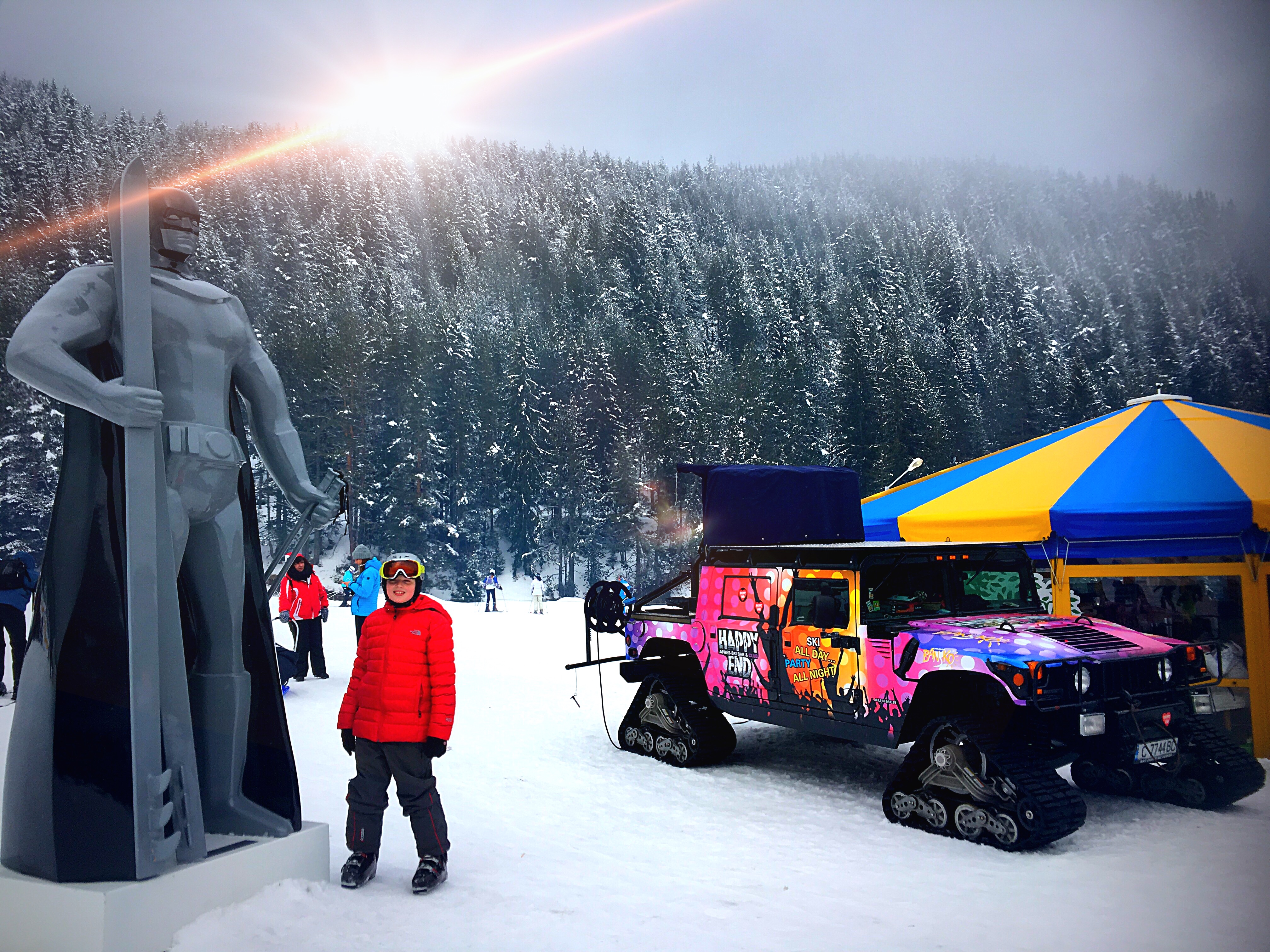 ©Exploramum and Explorason – Bulgaria, Bansko – Batman in the snow

We get ready to leave but not before a farewell to the giant Batman.

As I head down an old man loses control and crashes into me with an ‘almighty thud’ sending me pounding on the snow. He hits me with such force. I watch as he does it again and again.  He is going down the slope and collecting skiers like dominoes falling.

I’m thankful I have a body massage already booked at the Premier Resort Mountain Resort Spa to soothe my aches and pains. 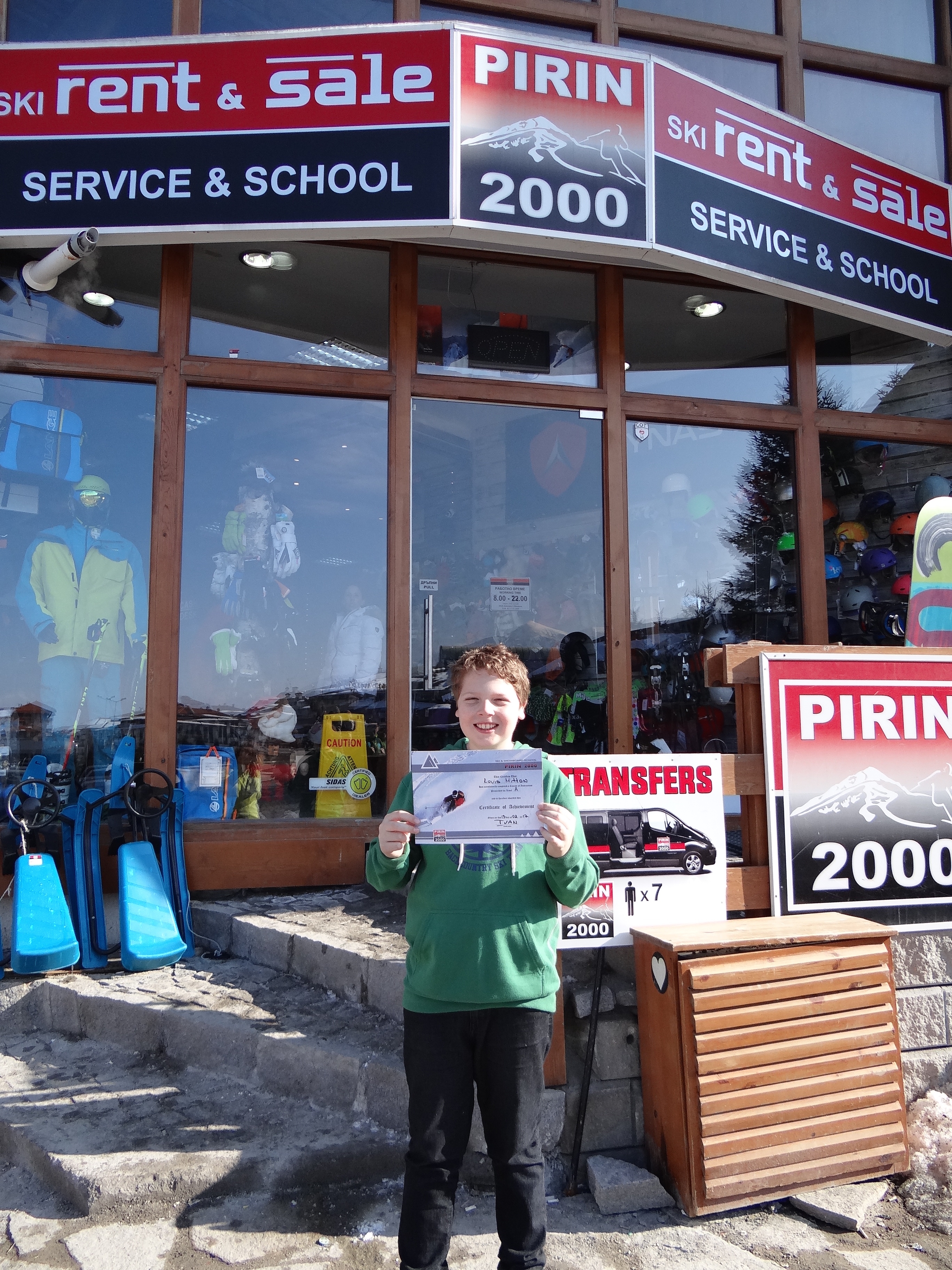 On the last day, Explorason was able to obtain a Certificate of Achievement which he thought was pretty great.

I was personally really pleased with how much I learned and was really appreciative of the new skills I learned.

I’d definitely recommend lessons, even if you know how to ski. I feel so much more confident.

I think next time I go to the snow, I’ll have a lesson each morning, and then practice what I’ve learned in the afternoon. 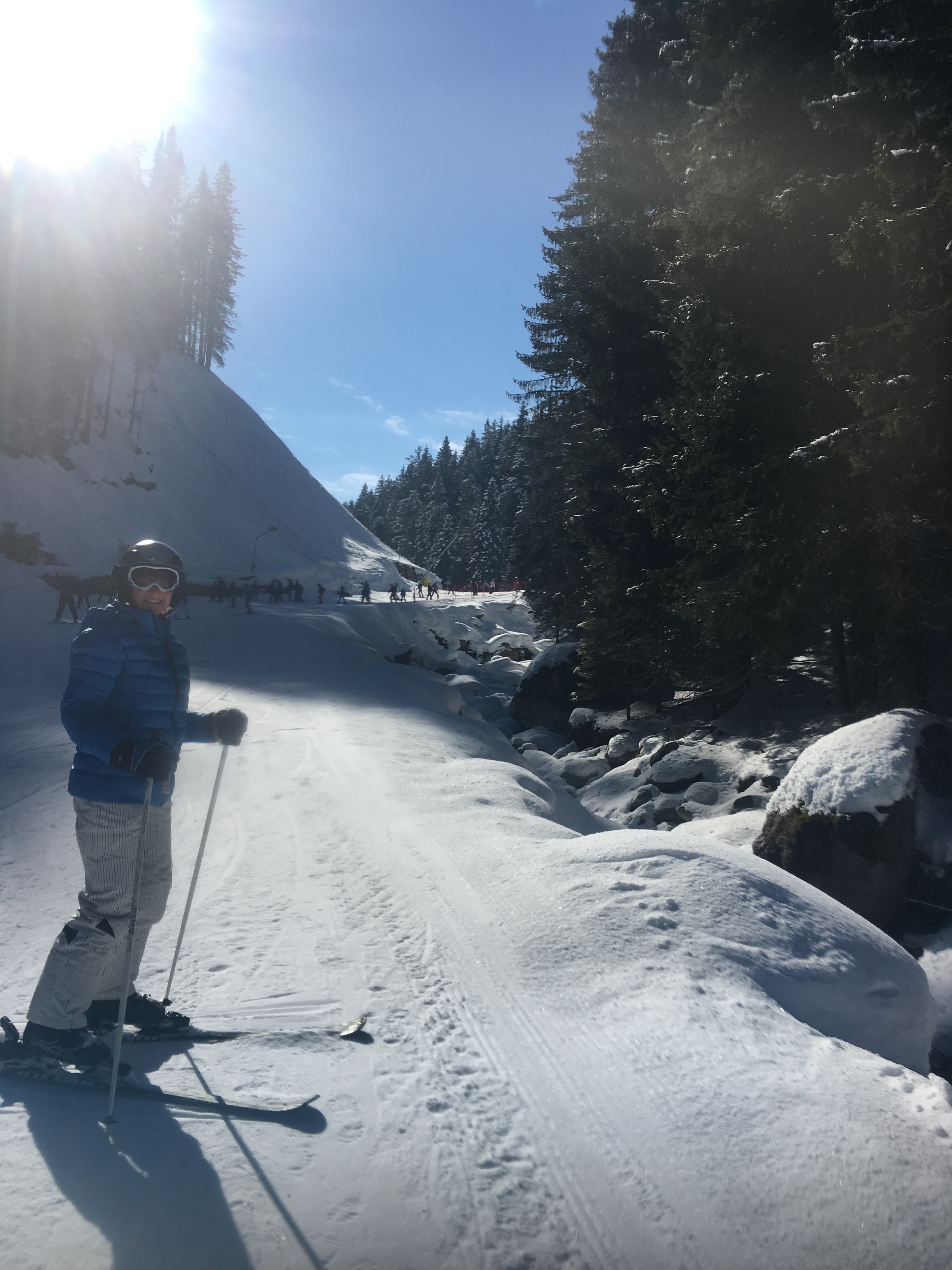