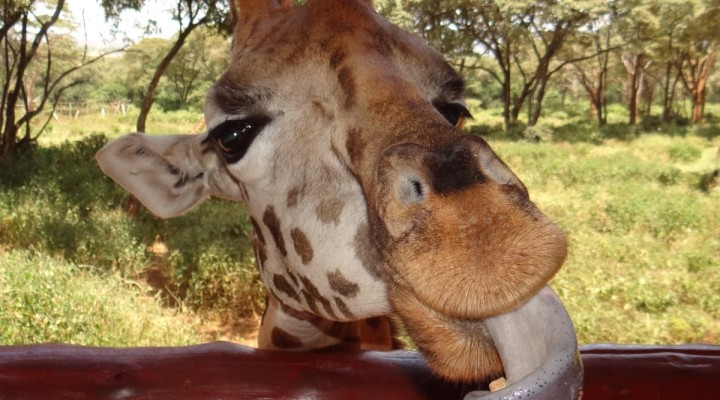 The last two weeks or so has seen spending quite a lot of time in two capital cities.

The first was Kampala, Uganda.  I was driving a large 4WD we had hired from Expedient Car Hire (loved their service and great rates) in crazy Kampala traffic, and with Explorason being a magnificent navigator. Somehow he would manage to find the most incredible shortcuts, as we had to drive clear across town each day.  We encountered a large number of problems in Uganda, including at least 4 visits to the dentist for my son (he has perfect teeth) and I had a problem with a molar.  We also encountered HUGE internet and computer issues. By the end of the time in Kampala, he was an expert navigator, and I felt confident in the madness of 4 lanes of traffic seen in places where there should be one, all merging together.

I was ready to leave Kampala – in fact, I couldn’t wait.  The challenges had been intense. The wi-fi in the hotel had been nonexistent for 90% of the time, and we had faced some personal and family issues.  I was ready to ‘hit the road’.

From Kampala, we took a challenging bus trip using Modern Coaches that was meant to take 10 hours. Buses in Africa (in my humble opinion) are far worse than most we used in South and Central America. There is no promised wifi, electric power outlets working, air-conditioning, or toilet, and in this instance, it was five and a half hours before the last toilet stop. The drivers constantly overtake into oncoming traffic, and sitting at the front is a great place to be if you want to improve your prayer life!

By the time we arrived in Nairobi, Kenya our bus was many hours late. This baffled me because there was no way the driver could have gone any faster without becoming airborne, yet we were late into the night.

However, our late timing proved to be perfect timing, as we met a fabulous honest and kind taxi driver named ‘Duncan’.

I had written down a few hotels to check out in close proximity of each other, thinking we would be arriving in the daylight. Duncan then informed us one had poor security and then showed us five other boutique and small hotels. He would park and lock the car in front of the security guard and wait whilst we looked at the rooms. I have found if booking online it is impossible to tell if the area is good, or the road is busy and noisy, and the photographs can be old or misleading.  So glad he showed us, as some were in the wrong area of town, or a really noisy road, or rooms the size of shoe boxes or all three combined. 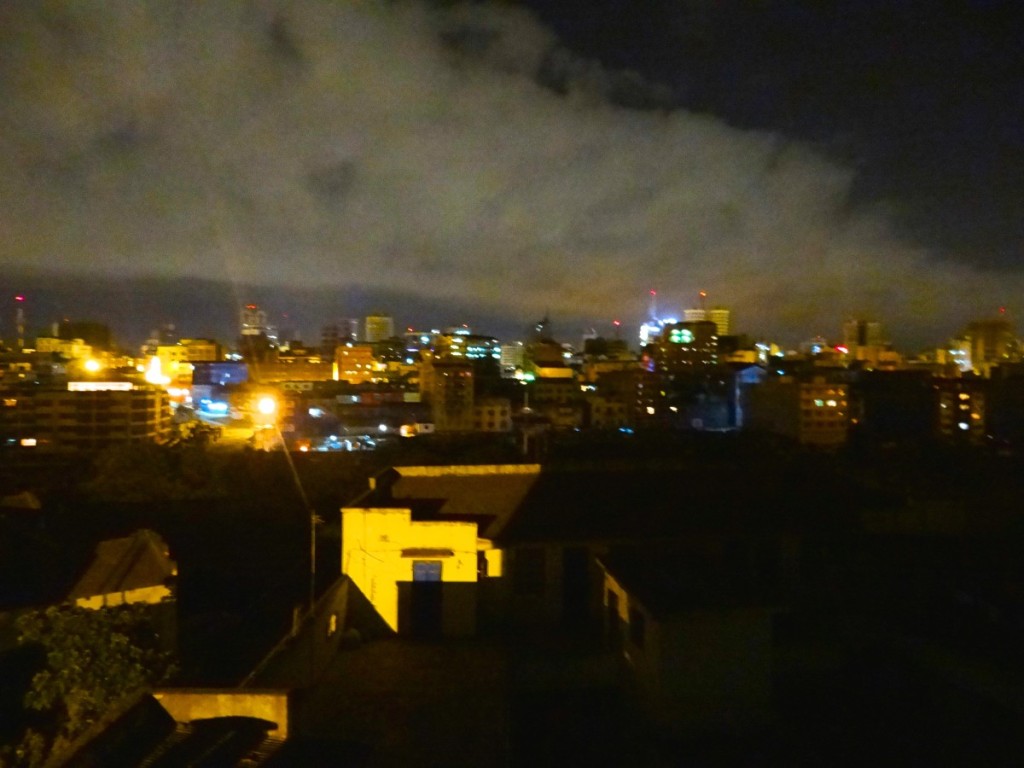 ©Exploramum and Explorason – Nairobi skyline from our hotel

In the end – around midnight – he took us to a three-star hotel in a back street that specializes in conferences. We had fabulous service, and the staff members were all so very friendly and helpful. In fact 2 of the ladies became our friends.  We were delighted and stayed for eight days. We just felt so relaxed and safe here. The price was great and included breakfast.

But the best part was the view at night. We looked out over the Nairobi skyline from our window – it was perfect for us.

Nairobi felt completely safe to us. I am sure there are bad areas, but we found most of the people helpful, kind and genuine.  We never worried for a moment, but we never went out at night either, even though I carried a flashlight ‘just in case’. African streets are often dusty and dirty, even in capital cities, and they do not have street lights.  However, we did encounter a lot of power blackouts in Africa, and it is important to choose a hotel with a backup generator.

On the first two days, we hired a tuk-tuk. Our driver was brilliant.  Poor chap was smashed into on both days whilst we were in the tuk-tuk though. After that, we decided taxis might be a safer option!

However, he did take us on a fabulous Nairobi city tour, and he drove straight into the park where we fed the monkeys.  I like his style, and he was a really fun driver too.

With quite a few markets nearby, we found this to be a good time to update the summer wardrobe, and replace a lot of our shoes and clothes that had stained orange from the dust of Uganda etc., especially during our time volunteering at ITFM mission and school.

Not to mention Explorason has yet again had a growth spurt, and his feet are now bigger than mine. We both were pretty happy with our purchases, and on one occasion we also hired a taxi to take us to the Maasai markets.

On the way, Duncan told us his life story, and I want to share it with you.

“My mother died when I was 2 weeks old, and my father was not a good man, and he left me with neighbors when I was only 5 years old in a small village. They made me do ALL the work, so I ran away to town and lived on the streets when I was 6 years old, finding food in the garbage.

One day I saw a school, and I wanted to go. I went that one day and didn’t want to leave. I slept at the gate all night as I wanted to change my life. One teacher made me wait all next day, and then she took me to a Mission Home, and I got to use a toilet for the 1st time, and they washed me and gave me clothes, and I thought I was in heaven!  I even slept in my first real bed. They told me I could not go to school or stay unless they found a sponsor for me – and they found an old man who paid for me to eat, sleep and go to school.

I was a mess of a boy, and they took me in and they became my ‘Mam” and Dad and they loved me and changed my life, and they are still my ‘Mam and Dad. I was too old to be adopted, so I stayed at the children’s home, and I studied hard.

After high school finished, the old man paid for me to go to Mechanic school but after 6 months he died, so I had to stop Mechanical school, as I had no money to pay the fees – and no-one would sponsor an adult.

I am so thankful to God for my life, as most of my street friends chose a bad life, and now are in prison, or even dead.

…..These people have helped save my life, and I want to tell everyone”.

To those who sponsor children in the third world and developing countries know that sponsorship makes a difference. It changed this man’s life.  To me, it was not a chance accident. It reaffirmed how we want to help the children as we travel.

Shane Dallas from The Travel Camel had given us a great suggestion – feeding the giraffes! Great idea.  When we arrived at the Nairobi Giraffe Centre (Duncan waited for us for as long as we needed as part of the price we negotiated) we were both really excited. It isn’t expensive to get in, and they give you countless handfuls of the food to feed the giraffes. This food is suitable for kids or giraffes, so have no fear if you bring little ones who want to munch on the odd pellet/biscuits. 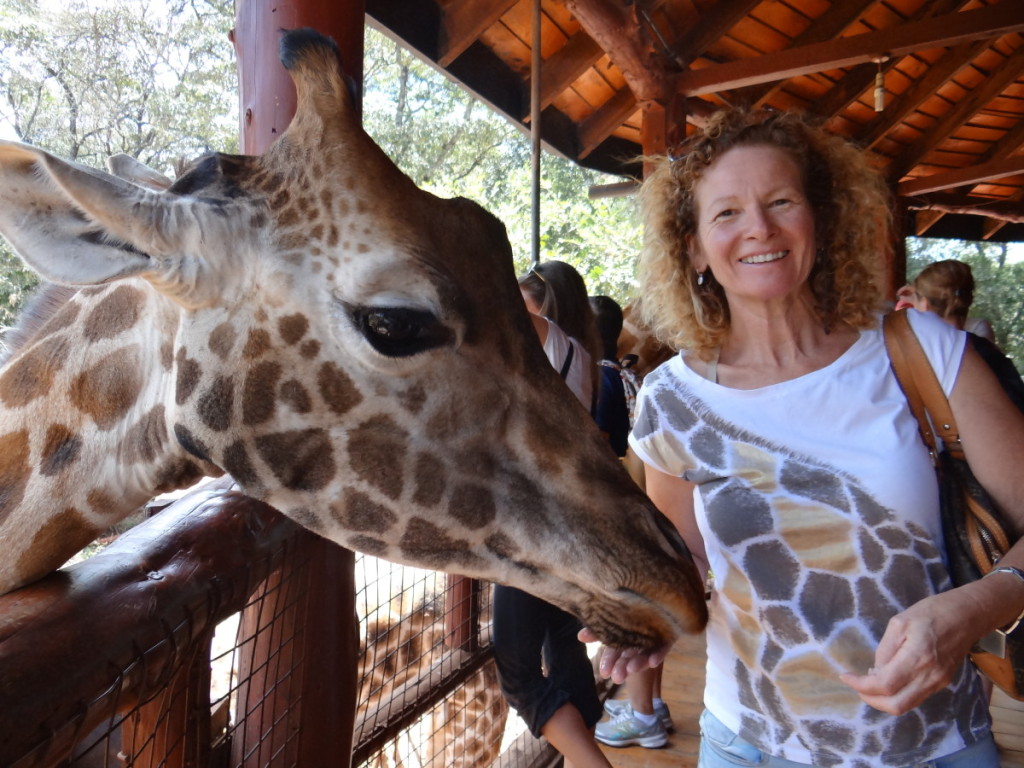 I wore my new giraffe t-shirt from the markets. It was perfect for the occasion, don’t you think?

Giraffes have a natural antiseptic on their purple-blue tongues, and the tongues can be as long as 18 inches. The staff teach you how to feed them, and even using some fun methods like placing the biscuit in your mouth – I was pretty daring, and tried this. I received a giant lick of appreciation!

It is a ‘no food, no friendship’ system with these long-necked animals. Explorason learned so much – it was a great day for world-schooling.

After having a wonderful time feeding the giraffe’s, we felt it was time to move on from Nairobi.

Not surprisingly, the next day the bus to Mombasa was another thriller ride. At least this driver stopped for the toilet, but his driving and the road conditions were so dreadful. We did get to see quite a few traditionally dressed goat herders, and also camels and zebras – part of the drive were through a national park.  This time I had my new zebra t-shirt on ready for a photo. But the bus was going so fast, there was no hope of that.

We were really pleased to be met at the bus station by a taxi we had organized through the family-run small resort where we were going to be staying the next few days. It was well worth the 3000 shillings, and he stopped at the supermarket for us on the way – perfect! 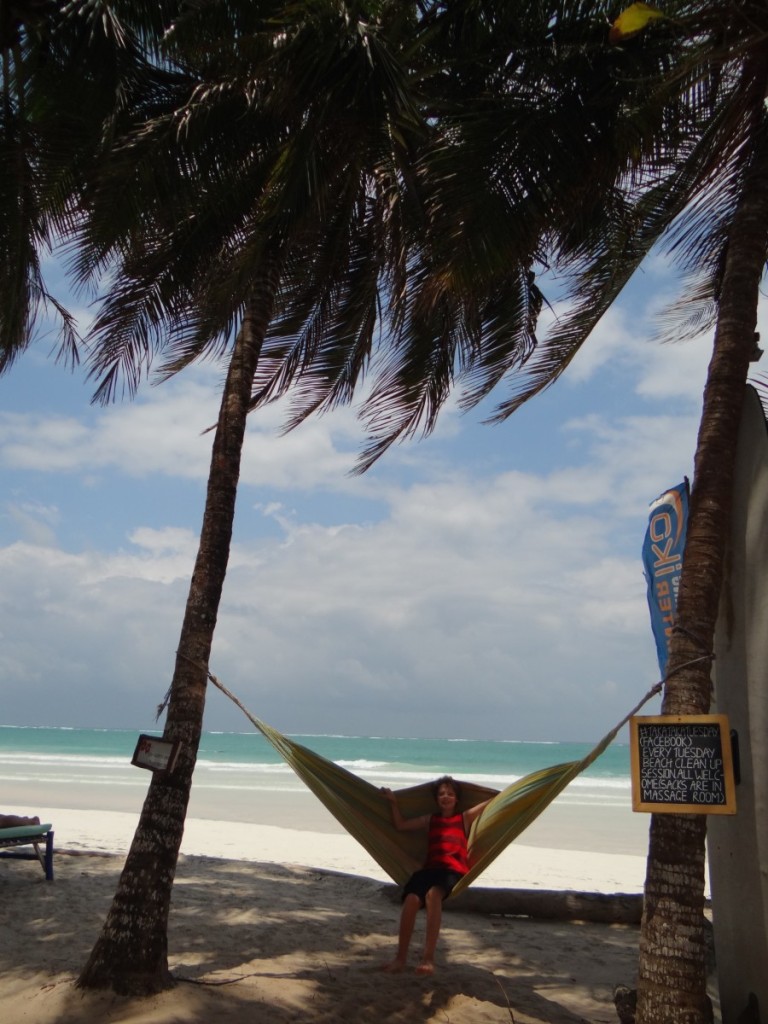 We arrived and Explorason raced to the hammock as it swung between the palm trees by the sea.

Where exactly are we?  Find out in our next article – this place is amazing!

It was time for some sun, fun, long beach walks at sunrise and relaxation on the Swahili Coast.