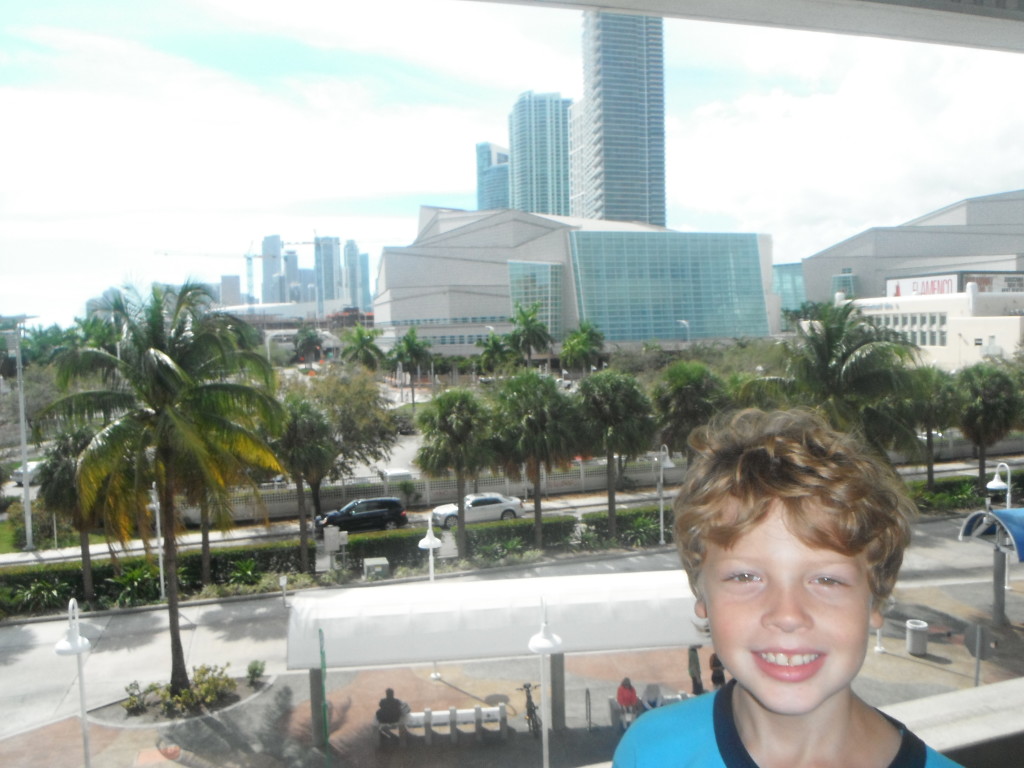 Today is a bit of a cooler and overcast day, so we decided it might be a good day to go and explore downtown Miami.  We are staying in the outer neighborhood, so we caught a bus in. About 3/4 of the way through we had to hop off as it took so long, and find a restroom.  This was a waste of a fare, as you don’t get tickets, and even though we were fast, the bus isn’t going to wait.

So we then had to hop onto the next bus. This was actually annoying, as we tried 3 times to ask the bus driver how long until we got to downtown, and each time she wouldn’t give us a direct answer, like “not long”, or “I am due at a certain place by…” which was rather unhelpful as we didn’t know where we were, or where the place she was describing was!

So off we hop, and on we hop again and pay another fare.  Only to discover that 2 stops further on is the OMNI or monorail, and there are toilets there. Darn!

What is good about the OMNI is that it is free!

The inside the OMNI is standing room only. So there are a lot of tourists that seemed to get on.

Of course the resident loopy seems to get attracted to us and refuses to stop imitating our accents.

We have had this a LOT in the USA.  It is actually making my son quite phobic, as unfortunately, public transport can attract the lower levels of society, and it has been freaking him out a bit.

There are several lines to take, and some do loops, so you can hop on, and off, change lines, or ride in circles to your heart’s content – all for free.

What more can an 8-year-old want than that?

What is more, you are riding above the streets for a great view. 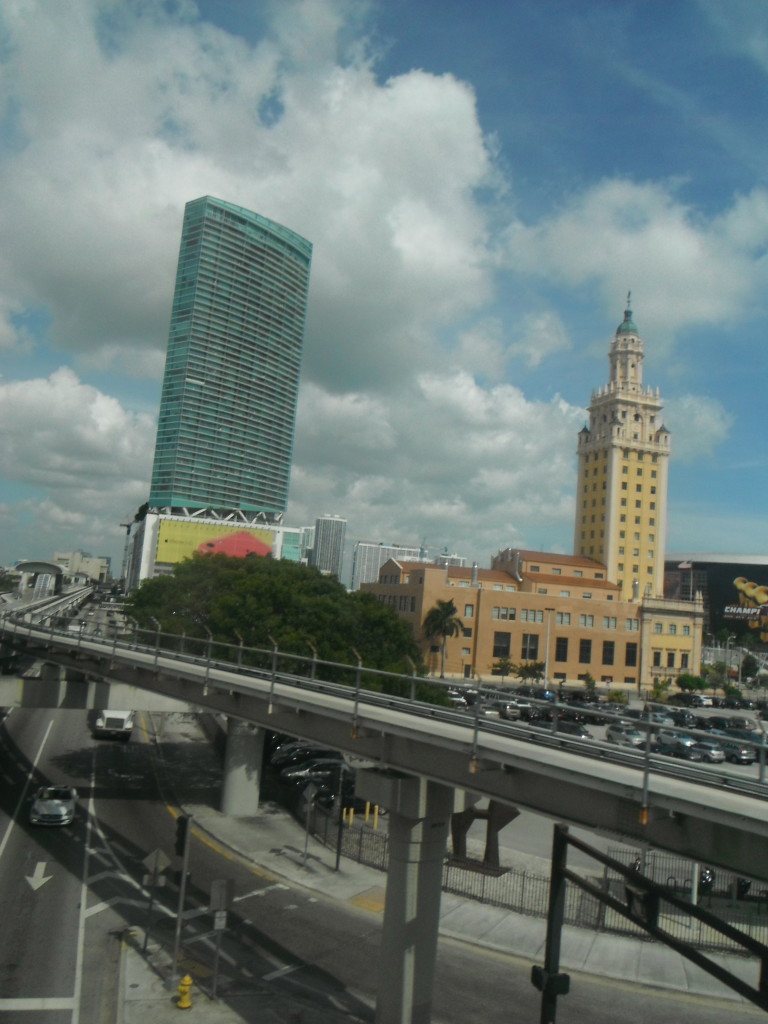 We get to Bayside and were confronted with a giant Banyan tree.

It is amidst a pretty setting of market wagons and food vendor carts, all having a nice flare to them.

It reminds me a bit of Darling Harbour in Sydney. Lots of nice restaurants, shops and places to wander with the boats all nearby. 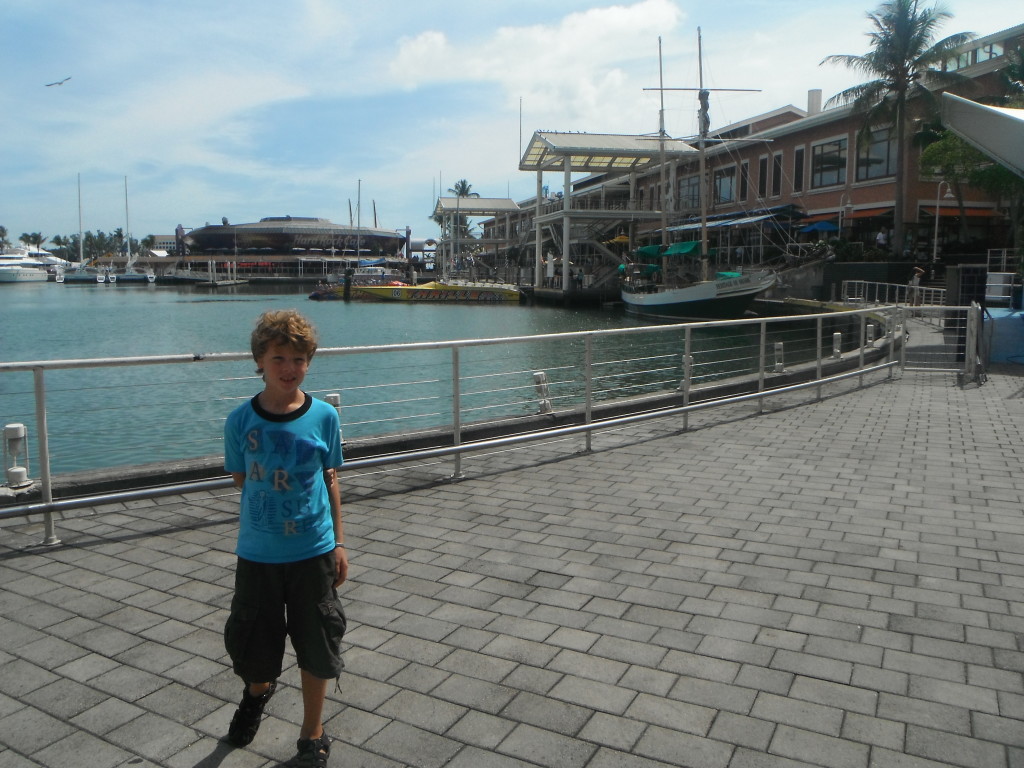 It was a great place to wander around.  From here you can do a cruise around the houses on the water of the rich and famous, but we decided we would rather save our $$ for something else we are planning soon instead.

We wandered out to head back to the main part of downtown and to look at the skyline near the port side.

No matter which way you go, the skyline is quite spectacular, and it feels very ‘downtown Miami’, and reminds me of a few crime shows I have seen over the time with police racing through the streets.

At the front roadside of Bayside, you will see some giant letters reminding you where you are.

It also has a great selection of sculptures and art pieces.

Then there is a row of brass giant sculptures, all with world-historical figures ready for war.

First off was Nelson Mandela, and to me, this was a good place to begin to explain his part in world history with Explorason.

I was quite disturbed by this. Mother Theresa came next.

To me, this is more a political statement but it was good to introduce several of these famed names to Explorason and talk about their part in history. 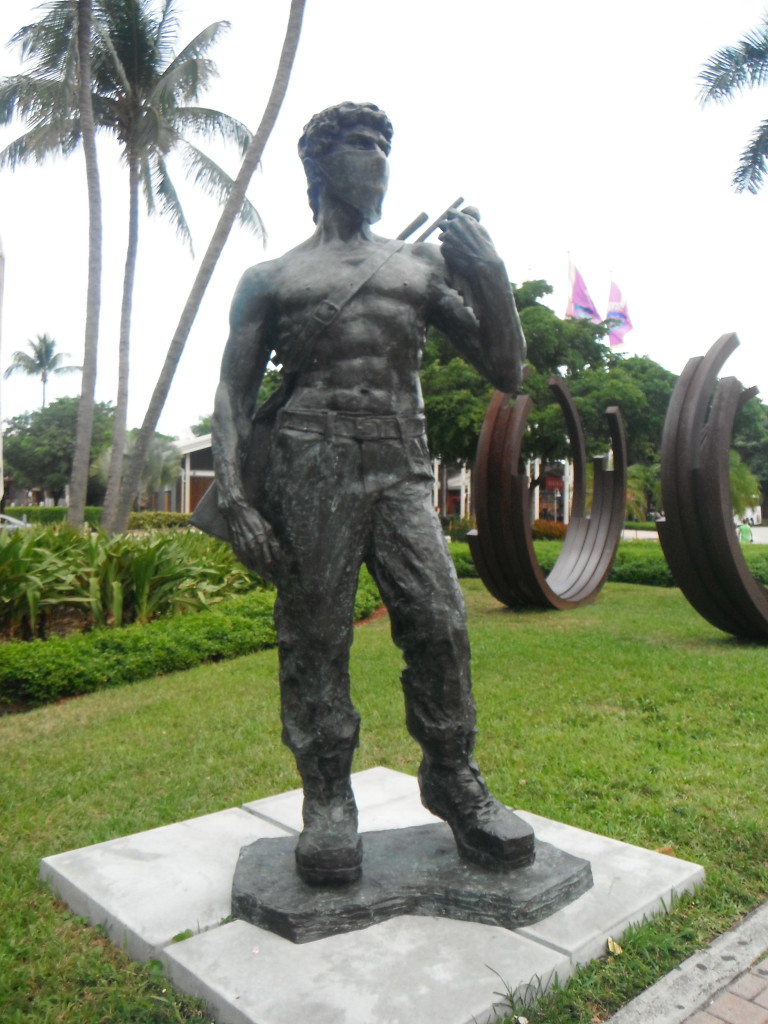 We then just had a general wander.

We were impressed that at several points there were parking meters. Not for cars, but to collect money for the homeless, and to help them if seen on the streets.

There are still so many we did see, and so with it belong illegal, they will get collected and taken for a shower, a feed, and put in accommodation. 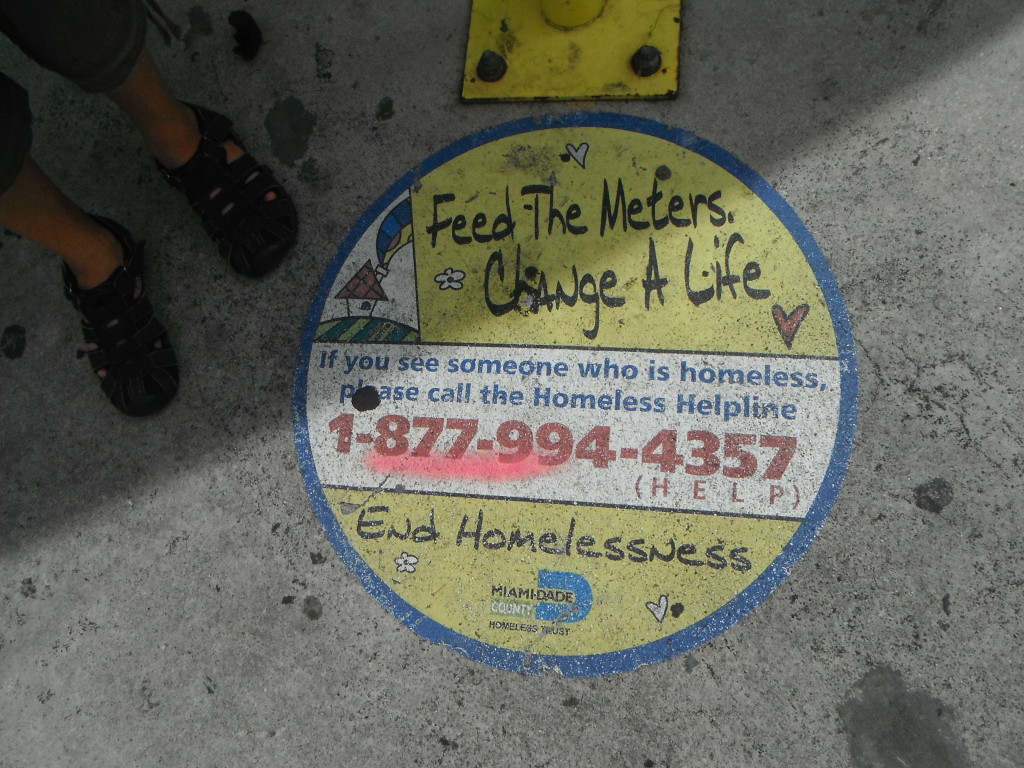 As we finished, we took the OMNI back to the bus. But someone told us we were confused and not to get off at the change station. WRONG.  Where they told us to get off was way out. We walked two blocks and found the bus.  And then to our surprise, it drove right by Bayside, and we hadn’t had to waste the past 1/2 hour.

The lesson here is sometimes as a traveler you have to trust your own gut feeling as to where to head to.

It was a lovely afternoon. By mid-afternoon, it was too hot, and we were glad we were on the bus back out to our neighborhood.

I’m glad we went, and it was nice to wander around especially around the water’s edge. Very relaxing indeed!