With deep regret, we had left Ecuador, and South America behind us. But at the same time, there is an edge of excitement for both of us.

We were hitting Central America. At last, we would be warm again. We both love the beach, the sun, and the sand. But to our surprise, San Jose was muggy. And rainy – well we kind of expected that. 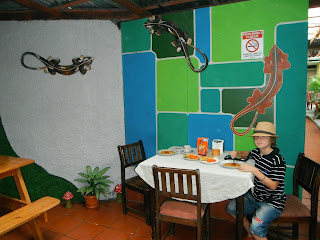 So we found a budget hostel which included a breakfast. Explorason’s new favorite thing is jam, or marmalade as they call it here. 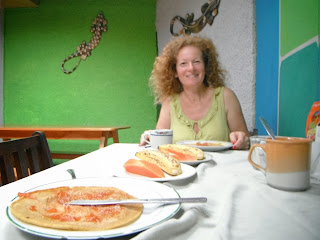 Soon as breakfast was over, we were out. We noticed shops had prices in both US$ and Costa Rica Colon. 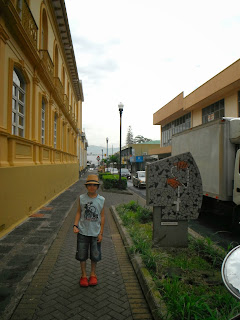 We headed through the square of this little area, on the way to Walmart. 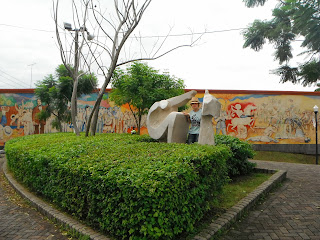 On the way, we stopped to have a bit of educational time. The ants were stripping a tree and walking a whole block to their home up a hill. It was fascinating to see. Life can teach you so much when you get out and explore the world. 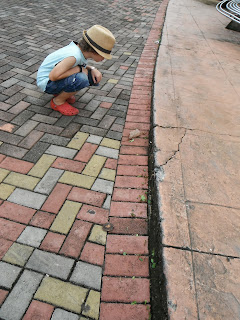 We were staying in an area near the airport, Alajuela. If you come to San Jose, I recommend to stay out of San Jose as this is a $5 taxi ride, and there is an abundance of budget hostels. It is safer, and you can bus into San Jose, yet it has a bus terminal for all the country buses too. 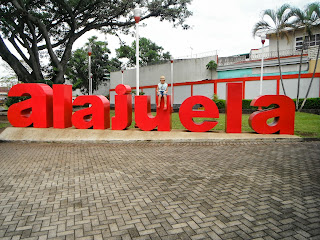 We finished Walmart, a shopping mall, a toy store, Burger King and a few other places in the 1st hour.
Then we bussed it into San Jose which was about 30 – 45 minutes and a smooth ride. I think the bus was $2 – $3.

Once in San Jose, we found so many clothing stores, so we stocked up on a few Summer items; t-shirts etc. But the prices were like Australia.

We went to Pizza Hut, my sons favorite, and the pizza was 2-3 X the price of Australia. I think we shopped for 2 hours on basic items and nearly $200 was gone.

Souvenirs were double the price of anywhere we had been. We did find a nice market and chose each other a couple of secret Christmas gifts, which was fun, but again – not cheap. 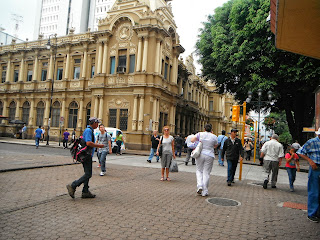 We were surprised by the existence of a police tower in one of the walking malls. 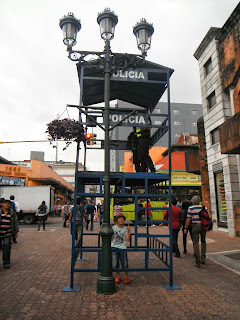 We decided we had better get out of San Jose. The weather was lousy, and the budget had taken a beating.

Then when we were busing it home, the rain hammered down. And a guy got on the bus selling DVDs and CDs so we were able to get Cloudy With a Chance of Meatballs 2 – $2! My son so wanted this, so he was excited. 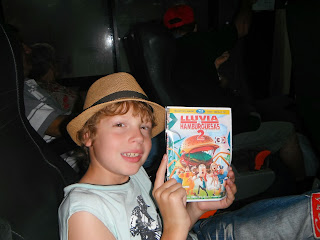 We decided we would leave. There is a volcano to see, but we are in Central America. There will be other volcanoes.

We also had a family we had met through a travel group that we wanted to meet up with, in the country, so tomorrow we will head on.

Funny, I used to love cities, now we discover that we love more unusual places, and long to explore the jungle, but not a concrete jungle.