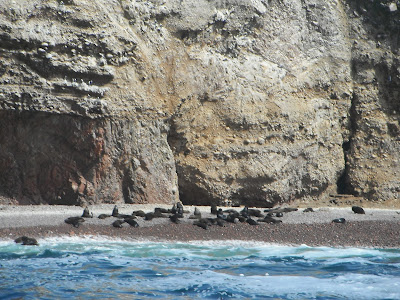 (also known also as the poor man’s Galapagos)
We took a bus to Paracas.
No!
We actually took a taxi from Ica to Paracas.
And the reason it was not a bus?
Well, we were accosted by so many taxi drivers all telling us we could not get a taxi when the bus stopped that we were suckered in.
And as I have had a rotten cold and a sore throat, we took the easy option.
We haggled him down 10 Soles, and really he saw us coming.
But then he could deliver us to the door of the hostel we had booked, and it would be easy.
Right? Wrong!
We got to the hostel, who then decided they wanted to not honor the email, and charge double.
So I told her she could keep her booking.
We trotted off down the road, dragging our bags, with some local who thought he would make a quick ten Soles from taking us to his mate’s hostel.
But then his mate was out.
We ended up trusting a family at a restaurant to watch our bags and we took off on a search for one within our budget.
Next thing, about 2 other locals all tried to help.  They all kept taking us to “one around the corner”, but the owner had gone to Lima, or Pisco – or to the moon, but not to be found.  Two different ones went off in search of a key from the Grandma but came back empty-handed.
We ended up finding a nameless hostel right on the main corner of the beach by the jetty – upstairs.  A double room with bathroom for 30 Soles – about $12 AU.  Clean and new quilts and we could see the sea – yeah!
We headed off for a walk and to explore.
I needed some medication for my cold.  We ended up at the clinic.  I was given a strip of Panadol, and 3 tablets – one for each day.  They turned out to be .55 cents but were pretty useless, and when one tablet didn’t work, I took the next and then the next.  Darn – my nose was still running like a tap.
Back to the beach and down to where the nice hotels are. 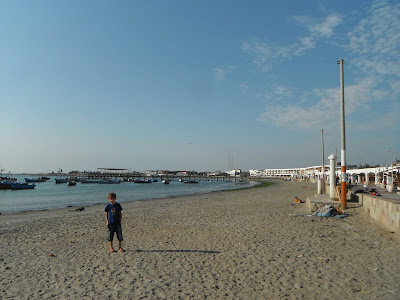 We found one.  We were going to stop in for a drink.
We enjoyed sitting by their pool – a very long pool at that.
But there were more seagulls using the pool, than humans. 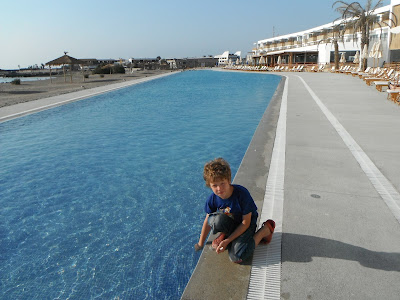 The view out to sea was pretty great, but there was a chill in the air.
We left their 4 guests and wandered on. 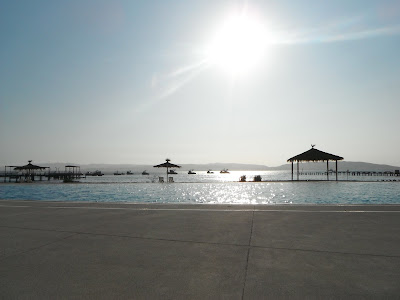 Explorason decided he wanted a carved stone necklace.  In this region are many Afro-Peruvians and this guy was great.  He let my son choose two different colored strands and he helped make it. 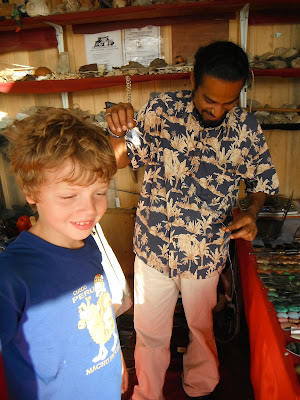 Then he showed him his sea-horse collection.  These are the times he wants to buy them and take them for “his bedroom”, but of course we have no home, and customs in Australia don’t like starfish and seahorses coming through the mail, so we had to leave that one behind. 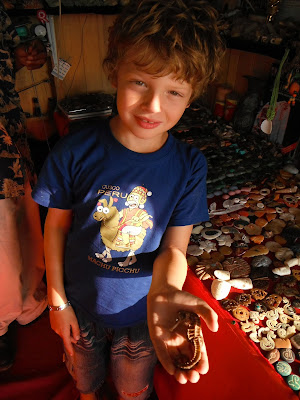 We had a completely overpriced meal, but that is the joy of a tourist town.  Trapped and subject to their C grade food, at A grade prices.

So back to the room for a movie.  We have had the joy of bringing a couple of Gb drives with a mass of movies.  So tonight was a night to enjoy that.  The room did have a TV, but we are a bit over watching Spanish shows, and when you are tired, even watching subtitles is tiring.

We had booked the speedboat for tomorrow morning to Ballestas Islands.
It was pretty well organized, and we were warned to rug up, and don a hat, or we could be ‘shat’ on. 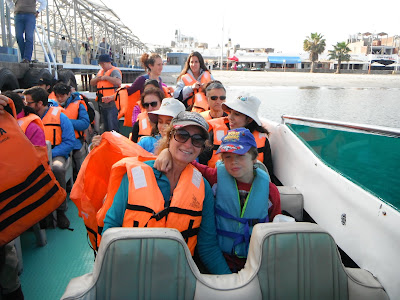 First, we passed the Candelabra.  That was pretty impressive as it is carved in rock – it is not sand.
And it is huge. 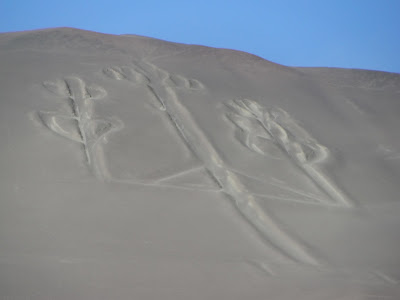 We then headed onto the Ballestas Islands.
These are covered with bird poo (guano), and some poor guys have to go and shovel it up.
It is a great fertilizer. 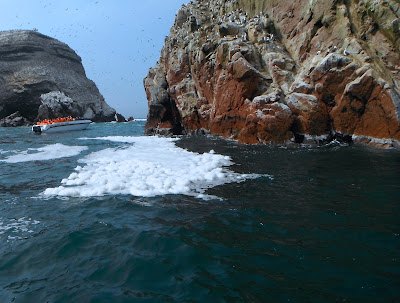 We loved seeing the baby penguins.  They are in the photo at the top of the rocks.
There are 12 main types of birds on these islands. 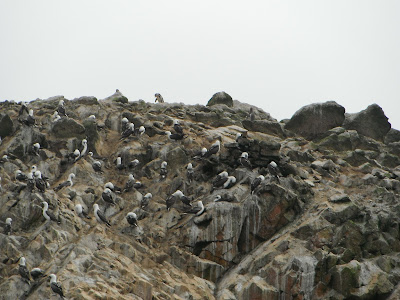 Next, we enjoyed the seals.
There were so many colors & sizes which surprised us. 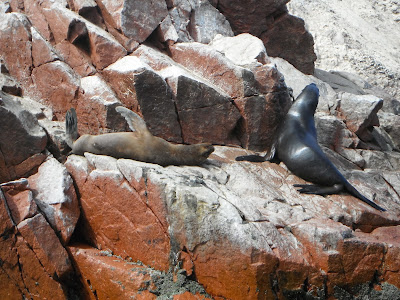 There is a fair amount of pong around here, with the fish and the bird poo. 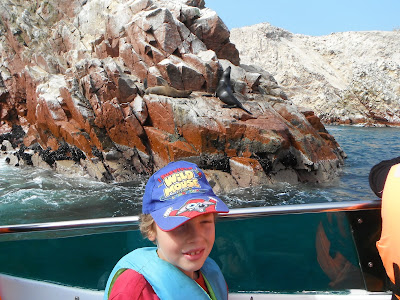 The adult seals can get to 3 meters long and weigh 160 kg. 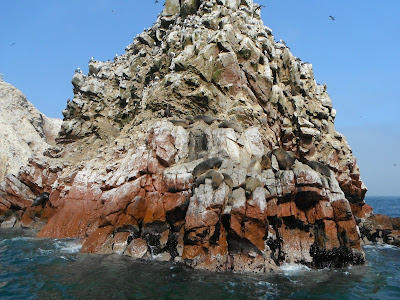 We found this trip really educational.
It was 60 Soles for both of us if I remember correctly, plus there were 2 entry fees.
One for the jetty, and one for the National Park. 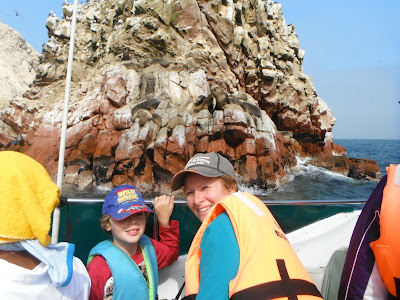 Many men work on the island with the National Park.
As the boats pass, we had to collect one staff member to take to shore.
It was quite tricky and took a few goes. 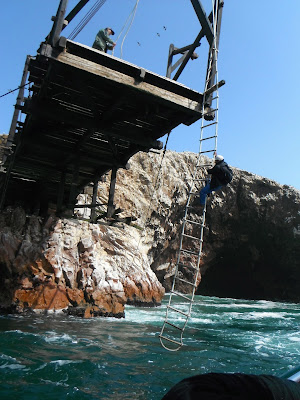 We really enjoyed the 2-hour trip.
There is not much else to do in Paracas apart from another National Park, so it is come and go.
But it was nice to finally hit the seaside, after many months in the middle of South America.
We both decided we had really missed it and wanted more ocean in the coming months.
And a bit more sun!