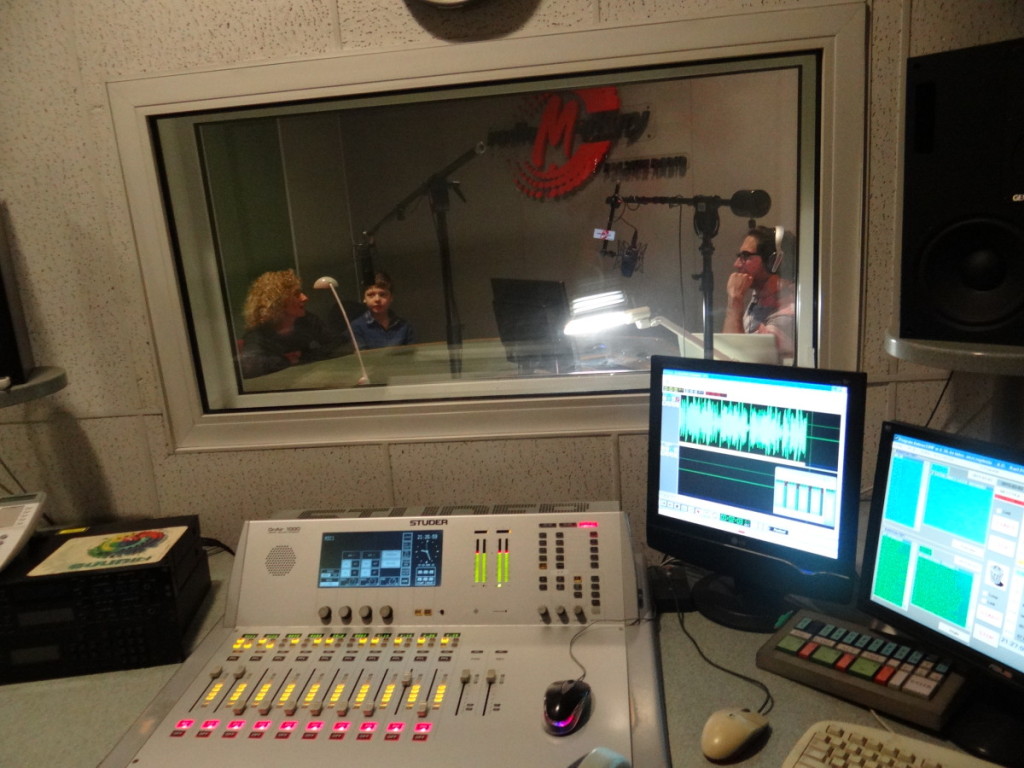 When we visited Poznan Poland (you can read about it here) it was time to share and publicly promote Exploramum and Explorason’s visit to Poznan.

We had been asked for a Radio interview at Merkury Radio.

Our friend Silvia (we reunited with her 2 nights ago after meeting originally in Guatemala) picked us up and drove us to the radio station.

This was Explorason’s first time on a radio station. In fact, it was my first time too come to think of it.

At first, we were both a little nervous.  I was really impressed with the interview, and how confidently Explorason shared his journey. 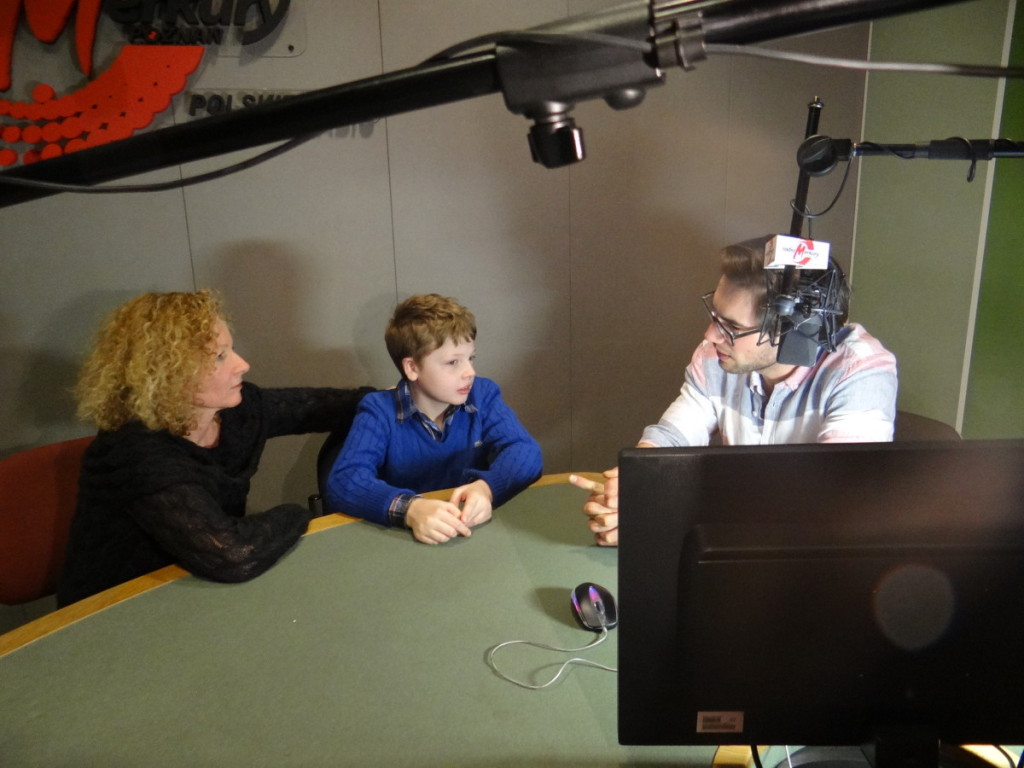 He was pretty much the focus of the conversation.

A nine-year-old traveling to 47 countries is a pretty rare thing, and he had a lot to tell.  Here is the link if you’d like to listen.