Edinburgh Scotland for a day

Today is our official first day on the road. We have bought a car (I will blog on that separately) and drove from Newcastle to Edinburgh along the coast.  We had a few stops along the way, but due to the heavy rain, we didn’t get to see as much as we had hoped for.  We ended up arriving quite late into Edinburgh, but after a rest, in the hotel, we decided to get a black cab and head out. Our first stop was the Whiskey Experience.  This is located right by the Edinburgh castle.

We then just enjoyed wandering the Royal Mile in the rain.

We headed over the bridge to Princes Street. It is an unusual main street as only one see has shops. There are parks and monuments on the other side.  It is really pretty.

Next day we were up early and the rain had stopped, so we were pretty pleased. We drove to the main part of town, but we didn’t realize it was the one day there was a bike race scheduled and the roads had no parking and were about to close, so we ended up a fair distance from the castle. But it was a good walk up, and we ran in and out of the university and other interesting buildings.

Next stop was the Camera Obscura.  You can read about the amazing time we had here.

About 2 hours later, we emerged and headed to Edinburgh Castle.

We didn’t go all the way through, as we had seen other castles, but we still enjoyed the view.   As we headed down the street we heard bagpipes, so it was nice to get a photo of us with him.  I was surprised at the lack of Scotsmen in traditional clothes, even in the kilt stores, which seemed mainly run by Indians – that seemed just wrong.

We followed a busker for a while, and before I knew it we were chatting to him, and yes, it was photo time again. 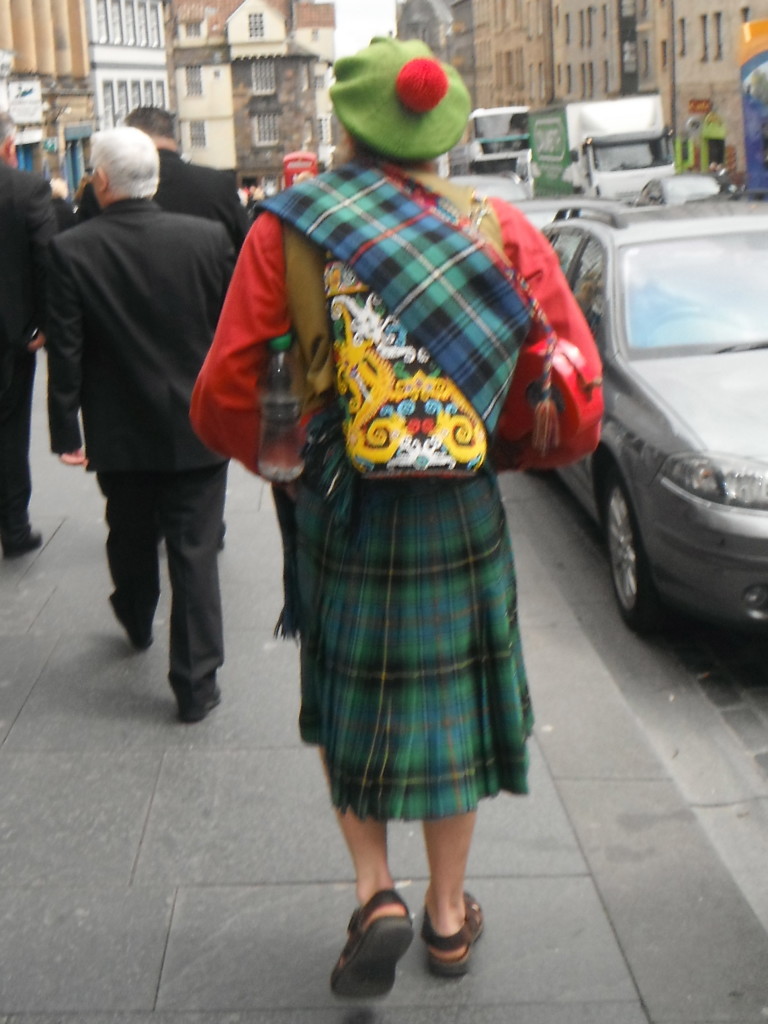 I was pleased he looked like a real Scotsman with a bushy red beard.

Our 3-hour parking limit was up, and we raced back to the car.  So we then drove to see Arthur’s Seat. This is a hill in town. Not what I expected. We didn’t climb it either.  We did find the traffic to be like any other capital city. People in a rush. No-one wants to let you in, and general horns blaring at you if you don’t know where you are going – like me! We did manage to stop right outside Holyrood Palace where the Queen and Royal Family reside when in Scotland so that was worth it.  This is at the end of the Royal Mile – which by the way is not a mile long – it is one and one-eighth miles long! 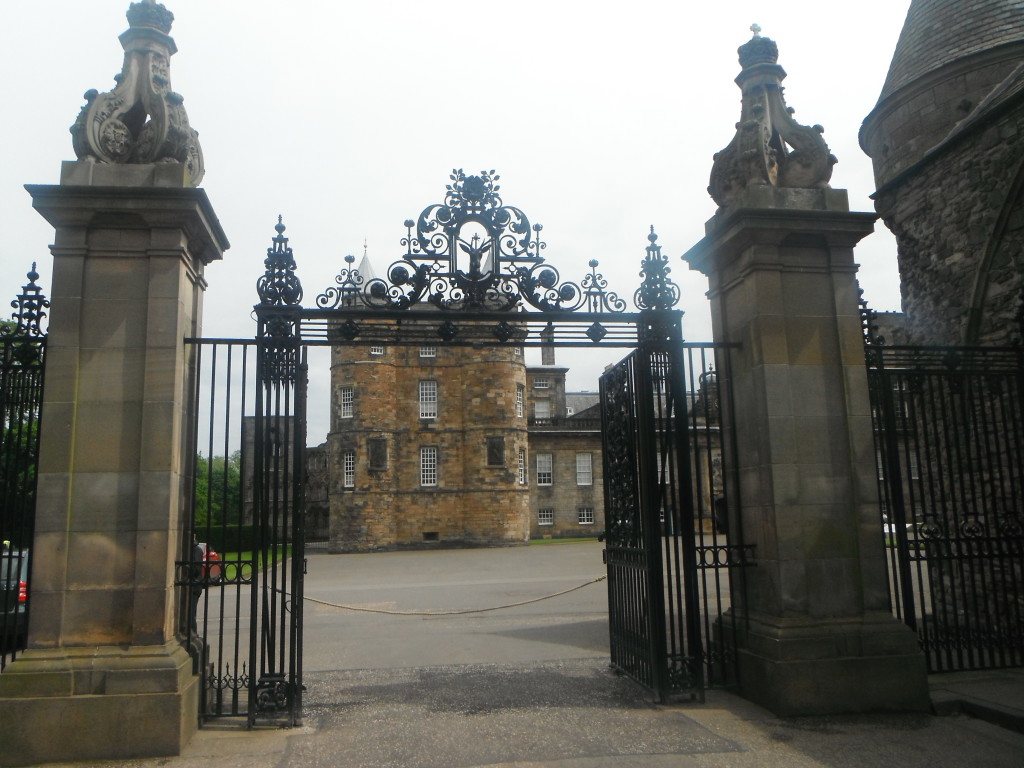 We drive out of Edinburgh and head along the coast. It was a whirlwind visit, but worth the stop. I could easily spend a week there.

One thought on “Edinburgh Scotland for a day”