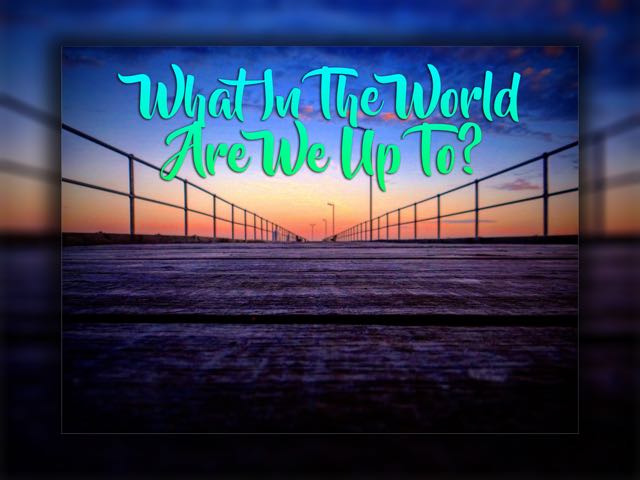 Things have been a little quiet on the blogging and social media front from us lately, so I decided it was time to put to bed some rumors that we had QUIT traveling entirely and share with you from my heart where we are at.

So firstly to put to bed the rumor we have completely STOPPED traveling?????

We have back in Australia for many personal reasons.

One thing that is hard when the world follows your adventures is that your life seems to be open as a free for all and there is a lack of privacy that now exists. When personal reasons dictate a change in plans, people want to know why. Some care and some don’t.  And some can be quite nasty with their comments. But there will always be the ones who wish to twist and distort, and there will always be the few who stick by you and are amazing and encouraging.

I will not share all, but the past year has been a challenging one for me personally.

….And then a wonderful friend of mine died.

The news came to me that a friend back in Australia had passed away.  I slid down the wall and sat on the floor of our luxury African hut and cried and cried.  He had been an incredible encouragement and support to me all through my time of traveling.  He had tried to call me a week before and I didn’t take the call as I thought he was phoning me by accident as he never called. But he knew he was dying I think and wanted to say ‘goodbye’. And I never got to say that ‘goodbye’.  That chance was gone and I could never get it back. His death rocked me to the core and the fragility of life took on a new perspective.  Life has meaning and worth and I needed mine to be at that place of worth.

Then something else happened I can’t share publically but it was horrible and it rocked my world.  Weeks and weeks and every hour I was awake I poured my time into unraveling what soon became a living nightmare.  I had one friend in Kenya who knew, and that was it.  It was my secret.  I could not face this situation in Kenya.  I hadn’t done anything wrong, but I had been wronged. Very wronged.

As a result, my health took a turn and I became ill.  With the constant travel and all of this stress, the “me time” and “us time” was out of balance.

“Why are we back in Adelaide?”

Yes, ‘why exactly are we here?’

That’s a very good question. But, here we are. Back in both Explorason and my birthplace. Yes, back in Adelaide!

There we were happily renting in Kenya when a couple of other things also occurred. Firstly the political unrest of the upcoming election forced our hand and we were advised to leave.  My passport needed renewing, and Explorason decided he wanted to have a more formal High School education and to complete his primary final year.

Yes, he wanted to go back to school again.

My son has been schooled in Australia for all or some of:

Can you imagine your kid asking to go to school?  But Explorason is very focused and self-driven.  Recently, I’ve never had to ask him to study even when traveling. He would make his own timetable and apply himself to studying – usually using YouTube for tutorials and locals when education was hands-on.  And likewise, I never have to ask him to complete his homework. It is something he wants to do.

Explorason firstly wanted to go back to his old primary school to graduate Year 7 with his classmates. We find classroom education a really important aspect of rounding his education and we love that he is attending such a supportive school and that he could travel.

And now being back he as proudly scored two A’s for his assignments and work and received a ‘Knowledgeable’ Award for his class at the end of the last term.

So whilst in Kenya, we contacted his old school and made some decisions.  He needed to graduate from Year 7, and so he spent the rest of the year once more with his classmates, and he has loved it!

Our family is here in the Adelaide area, and my father is over ninety years old, so it is an important time for us to return home for a while. Who knows how many years my Dad has left on the face of this earth?

It’s nice to be home for Father’s Day, and Explorason made him a great chocolate cake. He really loves his Grandpa and they both have a great sense of humor!  It was a lovely celebration as my Dad had been a patient in the hospital receiving a blood transfusion just a few days earlier, but he is a resilient man and was checked out in time for us to celebrate Father’s Day at their home.

Prior to this, we’ve also only been back in Adelaide just a few weeks when sadly experienced several close family members and friends passing away – four in one month!

I was already very affected by my friend’s death whilst we were in Kenya.  But these further deaths really touched us and we realize that we would miss being with loved ones at this special time had we been traveling.

I also realize that the good friends I do have here I treasure.

Being back in Adelaide means that it is a great time to also see all that has changed.

And then Dad turned 92-years-old.  Right in the middle of us moving into our new home, Dad takes a flight in a Tiger Moth.

But we decided to make a bold change.

After enrolling my son in a small private Middle / High School, we feel it was time to set up a home base.

So we selected a property that has excellent security and yet would be a lovely base.  It was much smaller than the home we previously had in Adelaide, but having sold off a lot of items before our travels we felt confident that downsizing would be a positive step for us.

Several reasons helped us to make this decision to set up a base, but the big one was MOULD.

We discovered excessive mold in our storage shipping container.  That meant the contents would never get through customs anywhere in the world. It needed to be unpacked and furniture treated and about 50% of our homewares disposed of.  It was a HUGE task – one I shed many tears over.  All I can say is I am really glad we discovered it when we did and were able to save as much as we did, but it did cost us a huge amount of money, and the damage was not claimable on insurance either. Each and every item needed painstaking treatment.  Every file, photo, and book – it seemed eternal and was so slow! But bit by bit we got there.

Choosing Our New Base Home

So in the past month, we have slowly set up a base home.

First was to buy a vehicle that was good for moving and purchasing items we needed.

I am amazed at how much we needed to get, but also at how many items folks kindly offered us too. We needed to acquire all electrical items, and most furniture once more, but that meant we had the opportunity for a new style.

I think the biggest thing I realized because we had been in and ou of Adelaide a few times was that our friendship structire was gone.  And as a single Mum and son, we had to do most of the move in and set up all on our own.

This really wore me out. Physically, mentally, and emotionally.

This I did not expect.

And it helped me face some truths too, which was wonderful and quite confronting.  I think as long as we learn in trying times, that is the main thing.  We can face the unpleasant side and accept what we cannot change, and that gives freedom.

Such A Supportive School

But the nice surprise of it all was just how supportive Explorason’s primary school was in it all.  They pastoral care worker really was amazing and dropped him home when I couldn’t in one emergency situation, and also sent meals when we were moving. Prayers and encouragement from other school student’s parents were also plentiful, and that was just lovely too.

And a lovely friend came by one day and helped me wash dish after dish as we slowly put them away.

After 60 loads of moldy items in the washing machine, I lost count!  Trying to save what linen I could. Some needing two or three washes to come good, but much of it ended up damaged and in the pile for packing when we go next, or straight to the trash.  Mattress and bedding were all damaged by mold and had to be discarded, and many items were broken as the plastic storage tubs had gone brittle and collapsed or somehow damaged in storage – which was a bit beyond me as to how that occurred.

Creating a New Home Base

How wonderful it has been to unpack our treasures from around the world.  Handwoven rugs from Morocco, Bolivia, and Serbia. Cushions from just about everywhere.  Ornament adorn our own Christmas tree from every one of the 72 countries we visited. And I was able to create an amazing collection of crosses from all around the world and hang them on a ladder that was gifted to me by a neighbor at one of the housesits we did when we arrived in Adelaide.  Explorason has collected some amazing rocks and fossils and also has an incredible tribal weapons collection too.

Being able to unpack these – one by one, has brought about great memories of our travels.

Digging In The Dirt

I think one of the things I missed the most was having my own garden.  I recall when we drove around Europe in 2014 that we nursed several potted plants for a few months in the car, but one by one an accident occurred and they fell over or died.  But now we are growing our own vegetables and herbs and that is such a nice feeling.  Explorason loves cacti, so he has a little cactus garden in a corner as well.

Plus, being back in Adelaide means we get the opportunity to revisit places we have not seen for many years. And that gives us a chance to write some great articles where we can share all the fun things to see and do in Adelaide.

Thinking of booking a vacation to Adelaide?