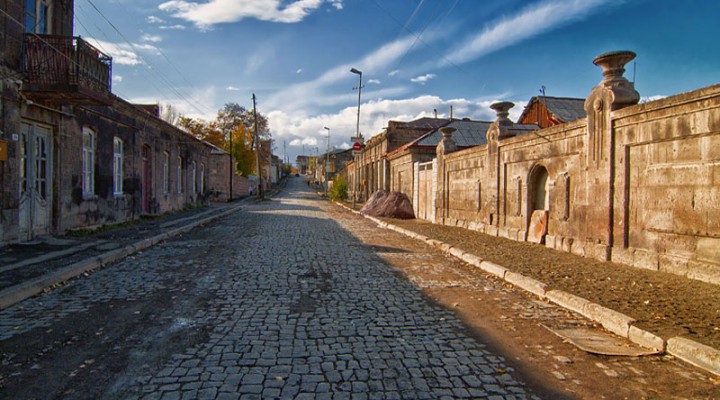 Top 3 towns to visit in Armenia

One of the oldest civilizations in the world, Armenia is of great value due to its great history and traditions.

It is almost impossible to learn all its mysteries, and explore all its sights in a short time.

You should start planning the trip to Armenia beforehand, and our article can help you in creating your ‘must-visit’ list.

Yerevan – the capital of Armenia 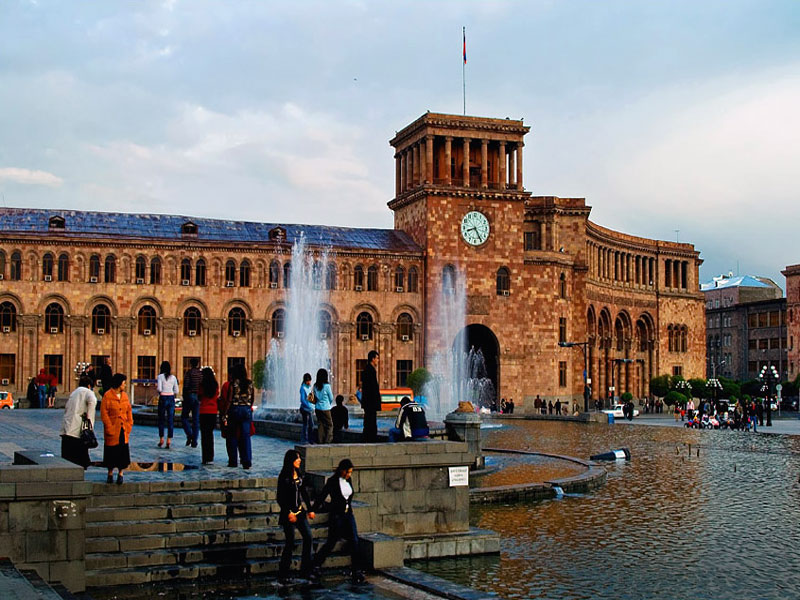 The Republic Square of Yerevan – the government building

Yerevan is one of the most ancient cities in the world, and specifically, it was founded in 782 BC.

A lot of evidence to this fact can be found in the National Historic Museum of the capital. Here are exhibited archaeological finds dating to the XIII-th cent. BC. This museum is a unique place for learning the history of Armenia and Yerevan from its very beginning. 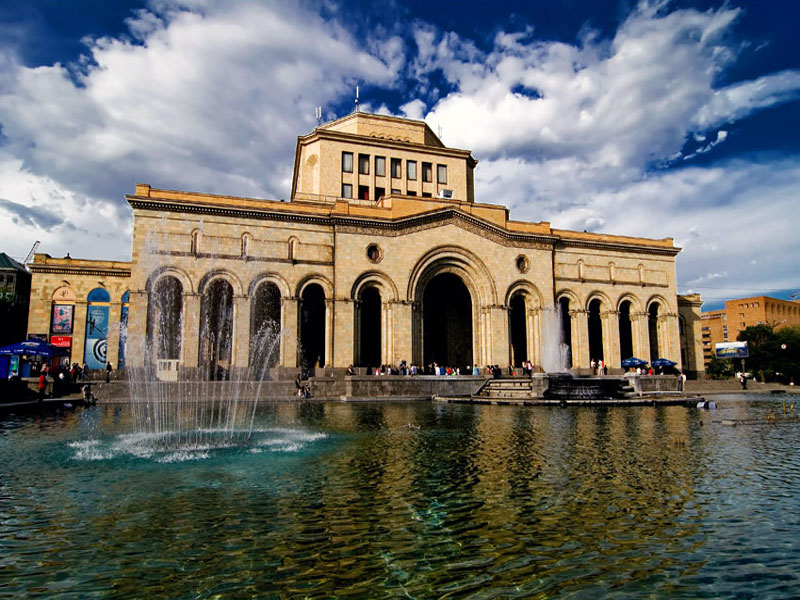 The unique colorings of Yerevan are unparalleled; here the modern world is mixed with an old one. Strolling along the city streets you can appear in a small old lane with old buildings and just in a second you can face a huge modern building.

Despite the fact that Yerevan is not large, the central city square is very broad and beautiful. It was called the Republic Square and it is here where are located the popular singing fountains which every day from May to October please its guests with a colorful laser show.

And despite its age, Yerevan is considered a modern city where life is bustling from day to night. There are all the necessary conditions for tourists: luxurious hotels and affordable hostels, restaurants, cozy cafes, pubs. In short – there is everything that modern man may need.

We can talk about the colors and uniqueness of Yerevan for a long time, but it is better to see it once than to hear about it a hundred times.

Gyumri – the cultural capital of Armenia 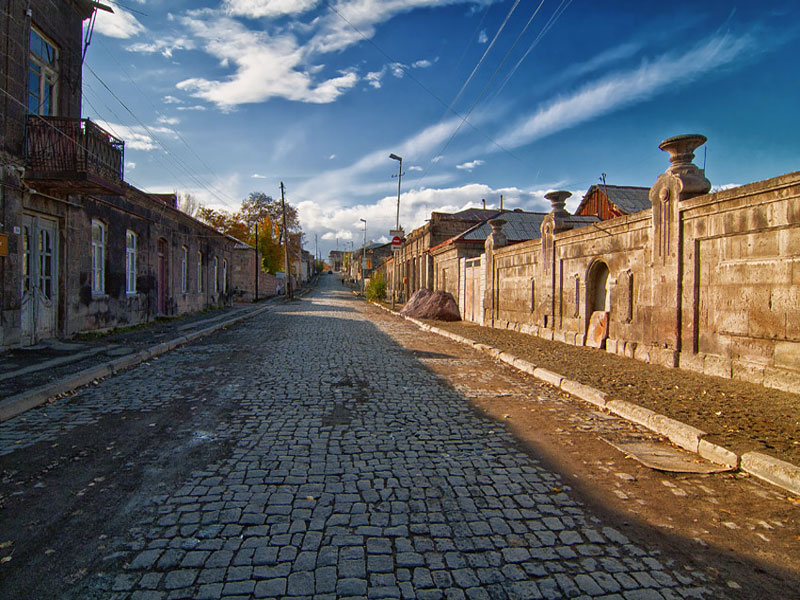 One of the main streets of Gyumri city

Gyumri is the second largest city in Armenia, which is considered the cultural capital of the country. The archaeological excavations in this territory proved that the first settlement in place of the modern city appeared in the IV-th cent. BC.

Lots of old buildings have been preserved in Gyumri.  Stroll around the historical part of Kumayri and you will find out what it looked like as the old town in past years.

Gyumri is a birthplace of many talented Armenians. You may have heard about one of the most beloved Armenian actors – Frunzik Mkrtchyan (Mger Mkrtchyan).  He acted in many Soviet films. Gyumri is proud of its talented son, and there is; a museum and a monument dedicated to the actor.

The most interesting attractions of Armenia are located in Syunik region, and a visit to this place, without a doubt, should be included when making your travel plans. This area was settled in I century BC. The whole region is amazing, and the most attractive town here is Goris, which is surrounded by a “stone forest”, giving a feeling of mystery to it. 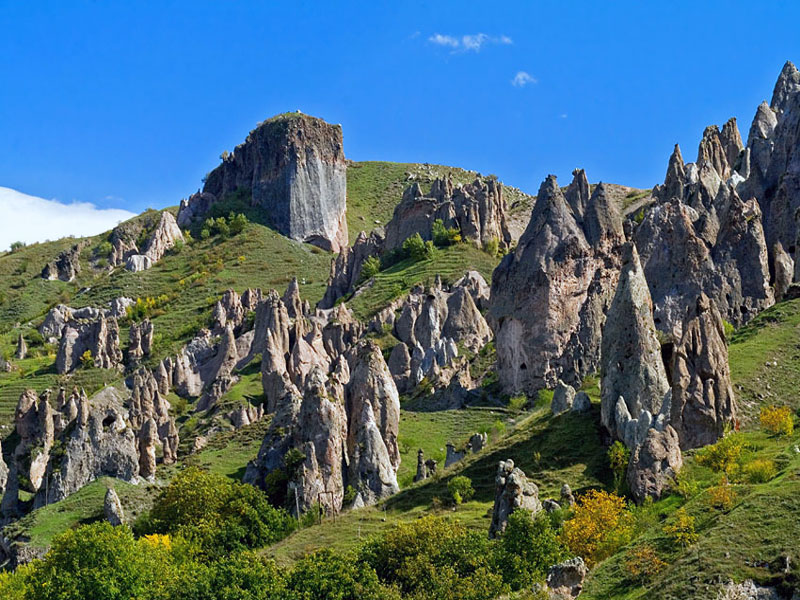 The cave town of Khndzoresk

Near Goris, there is Khndoresk village. This small place is known for its huge rope bridge over the deep gorge and a mysterious ancient cave town.

In Syunik region, there is the most mysterious place in Armenia – Karahunj – the analog of Stonehenge. There is a theory that Karahunj is a 3500-year-old observatory of Armenia.

And last – in Syunik region is located the most important medieval monastery of Armenia – Tatev. 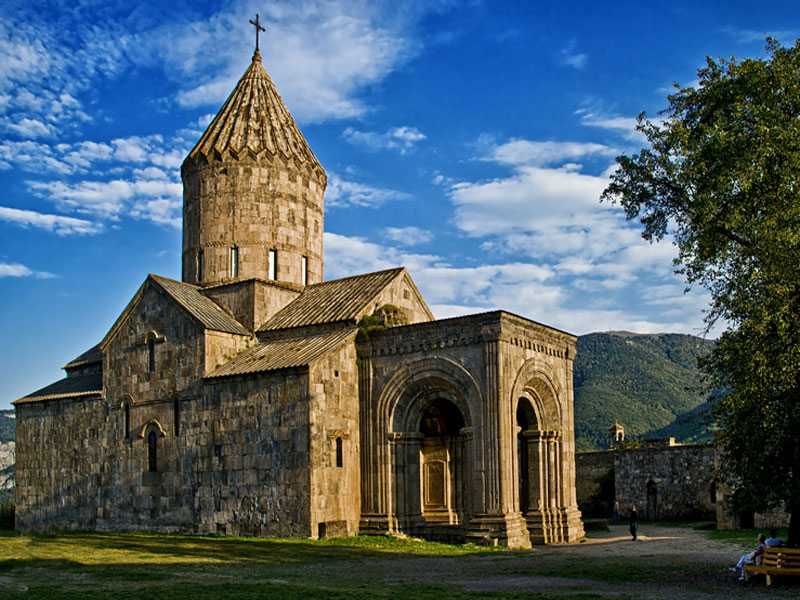 The monastery is considered an architectural masterpiece of the 10th century and is listed as a protected heritage site. It is also called the monastery «on the edge of the abyss».

You can get the monastery by the cable car “The rings of Tatev” which is the longest cable car ride in the world (5,7 km) and is recorded in the book of Guinness Book of Records.

We hope we travel to Armenia soon and hope you do too!

One thought on “Top 3 towns to visit in Armenia”