Today is a day we have been waiting for – in fact we have waited a long time. Explorason wants to see Big Ben.

So it was interesting that as we took the Underground from Victoria on the Circle Line that we hopped off at Westminster.  As soon as we emerged from the underground like moles from the earth there it was.  “That is Big Ben” he declares.  None of us realized it was. “I thought it would be bigger,” he says. 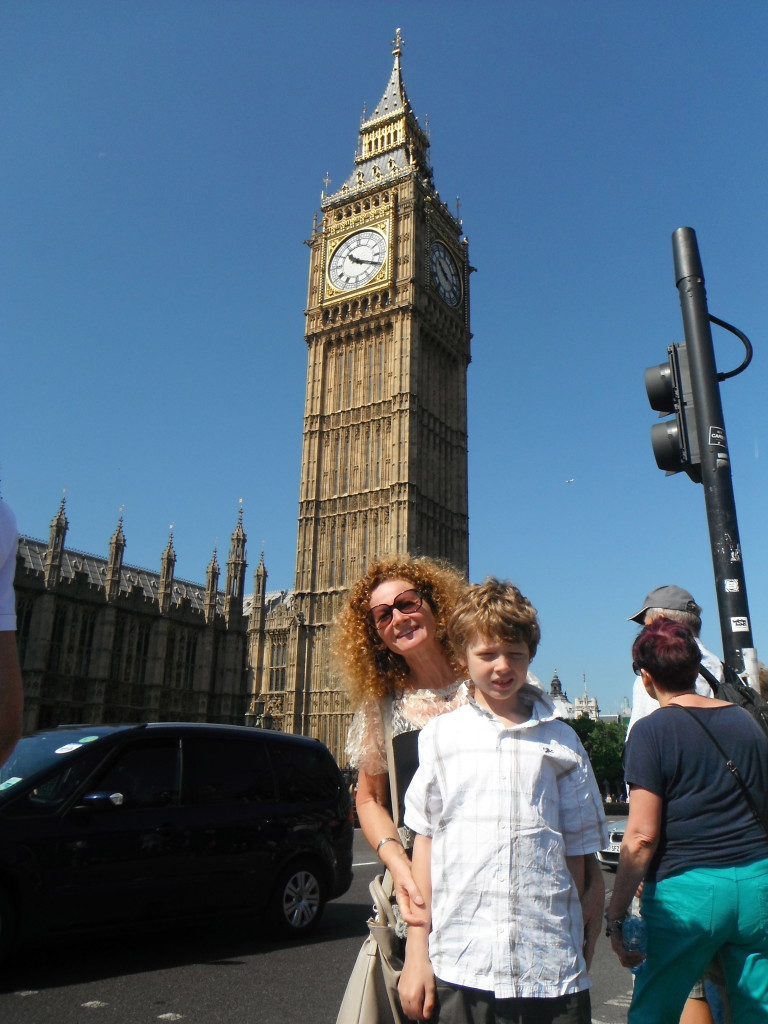 Behind us is the London Eye and the River Cruises on the Thames River.  Before us is the Parliament House and around the corner, we see Westminster Abbey. 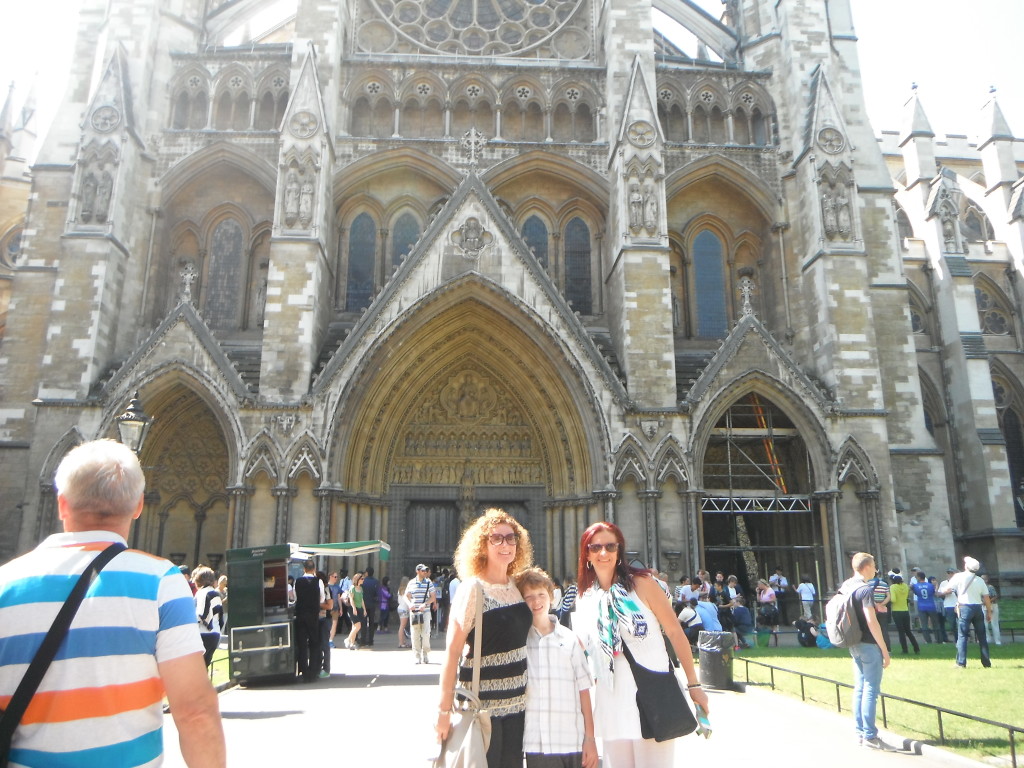 Armed with a map, we try to get our bearings. So we try to find #10 Downing Street – The British Prime Minister might just be there?  Oh wait – it is a red double-decker bus. Stop. Another photo we declare! 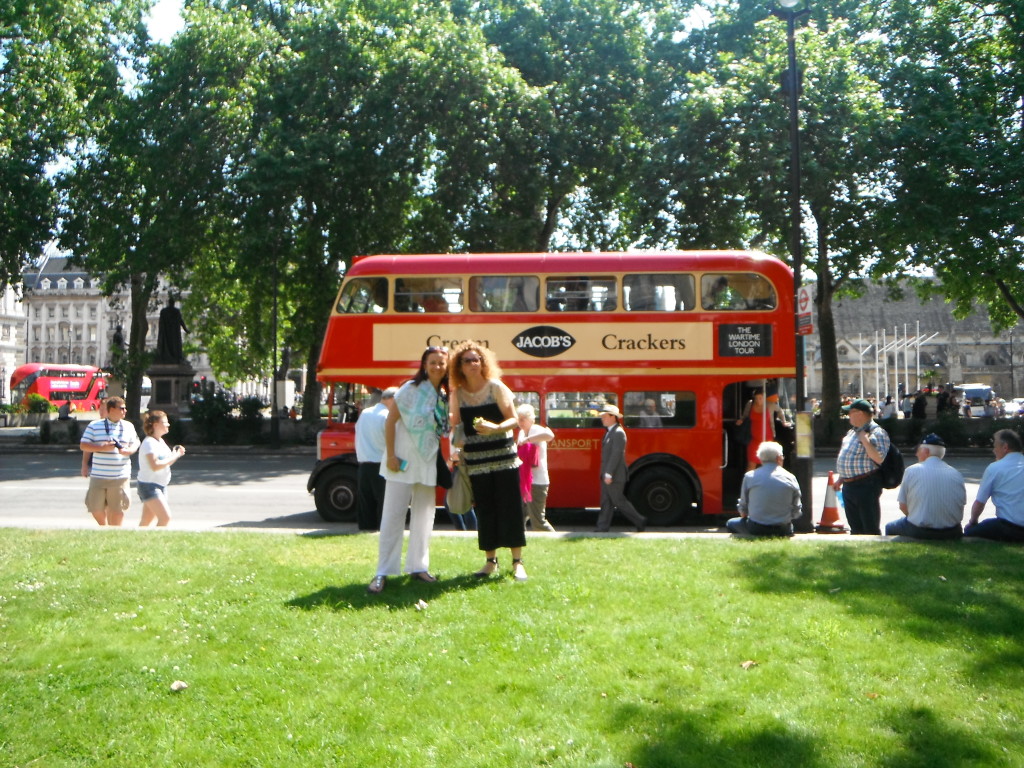 And what else do we spy ???? A red telephone booth.  Time for another photo.  By now we are really enjoying ourselves. 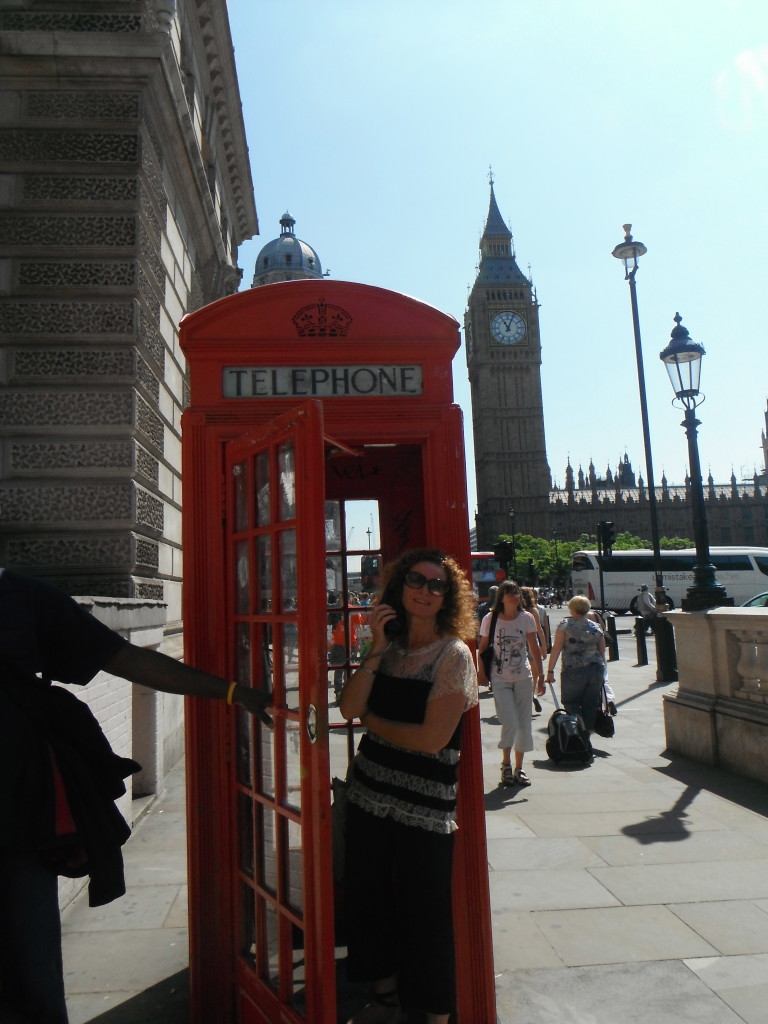 We do finally make it to Number Ten Downing Street and it is a gated area. 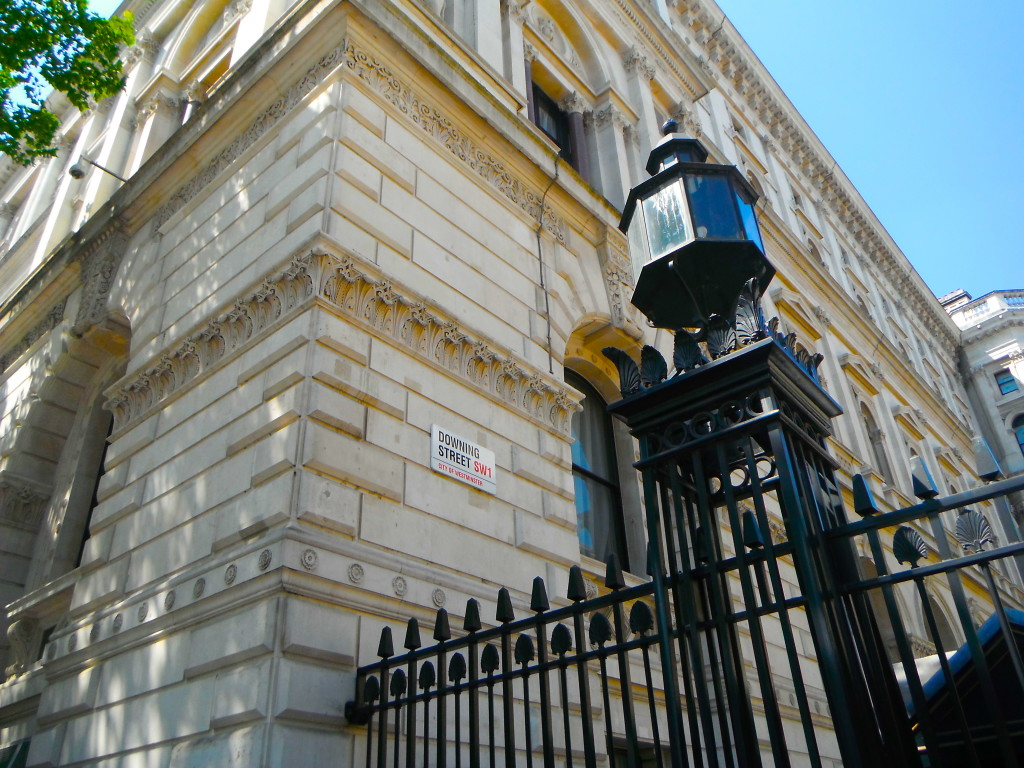 Next stop – and I mean a few meters down Whitehall there are the horse guards. 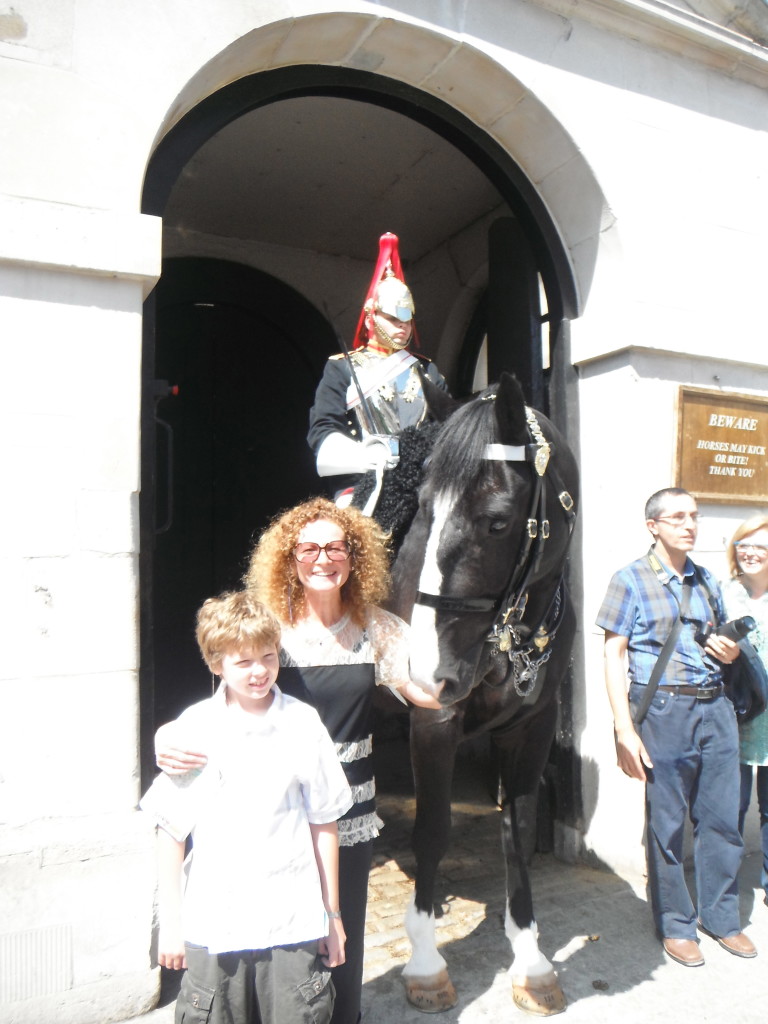 And inside the arch by a few meters more, yes it is another guard! 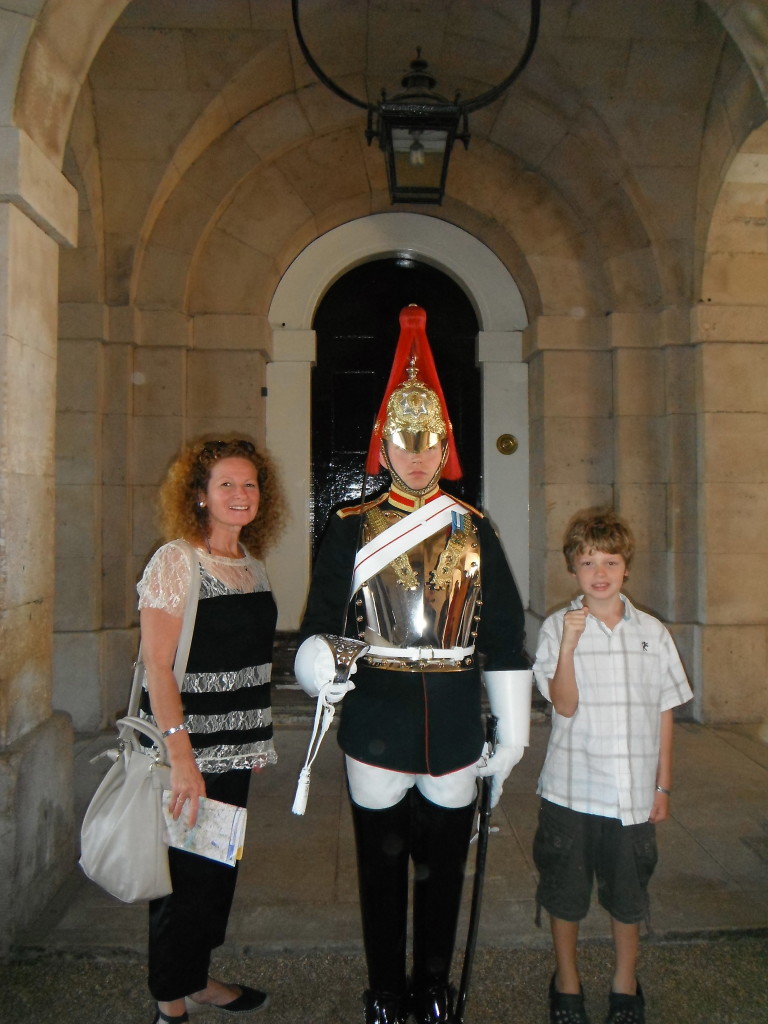 Through the arch walking towed Green Park, we stumble across the start of the Changing Of The Guard. 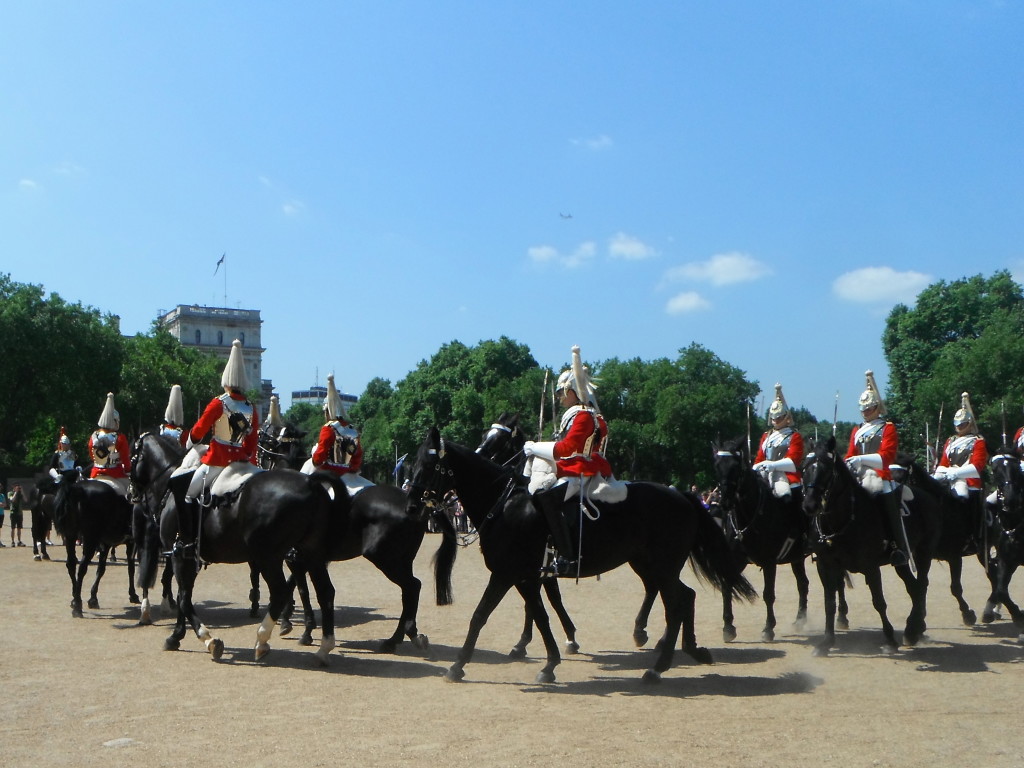 By now our feet are aching, so after a toilet break, in the restaurant at Green Park, we sit and break open our snacks and have a rest on the deck chairs. 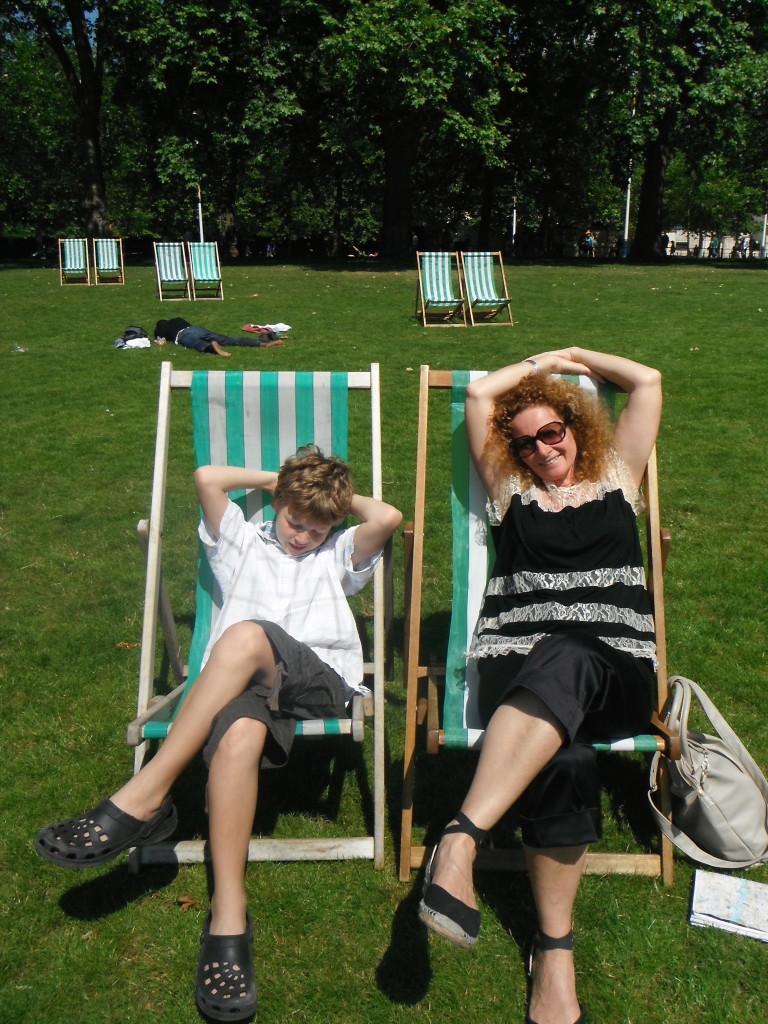 Next, we head to Buckingham Palace. 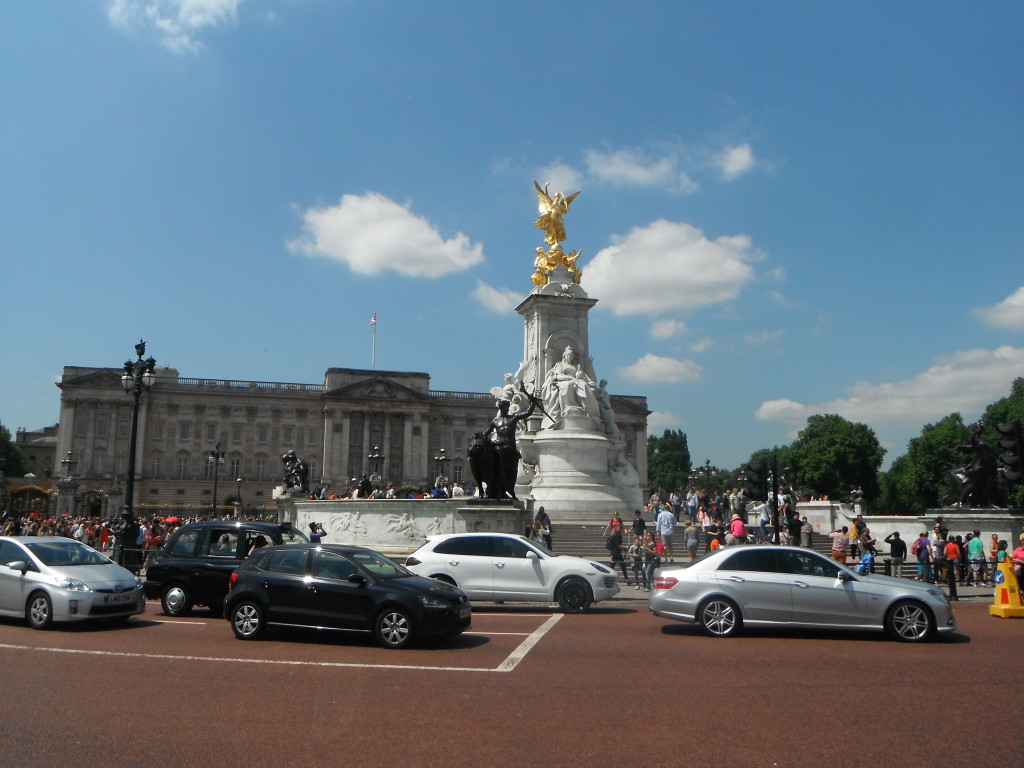 Here the Guards are finishing the process of Changing of Guard and so we get the best of both. 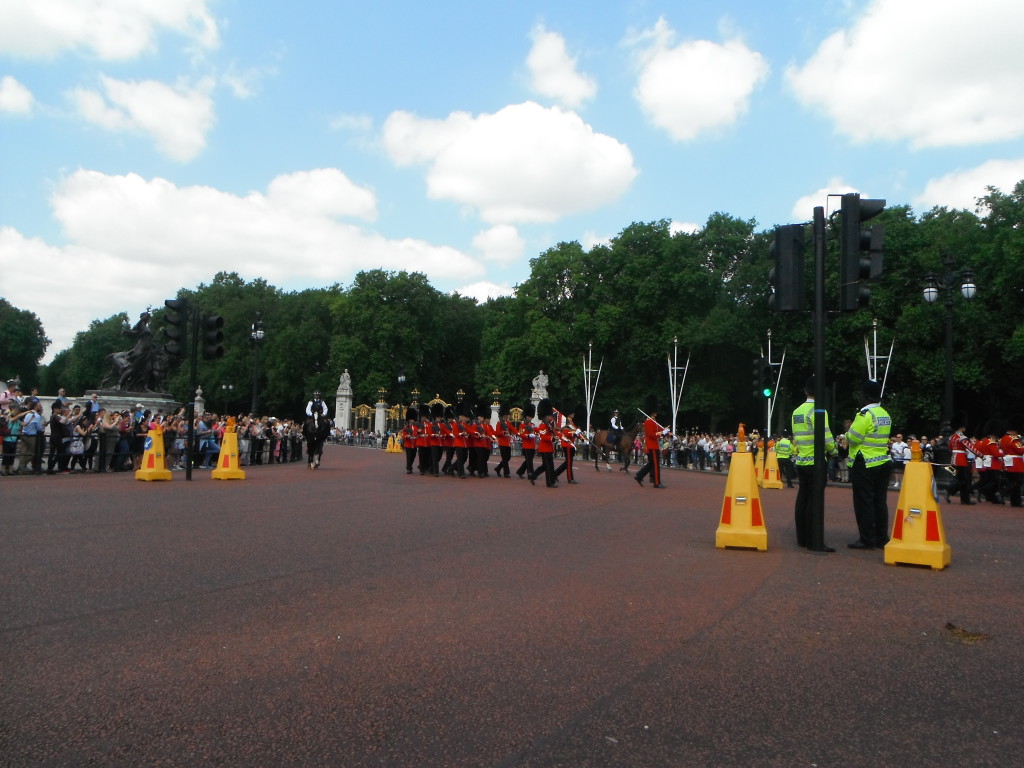 There is a mass of people and we stay and watch to the end as the Guards march off. 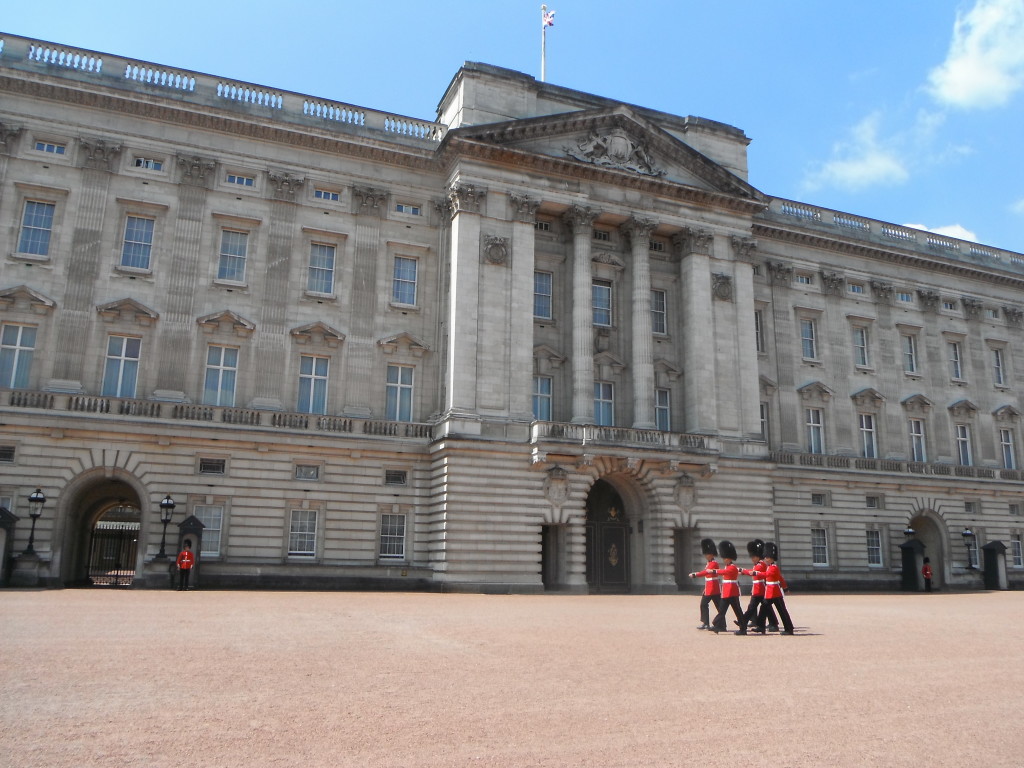 Around the back, we have some fun at the Palace Gift Store. 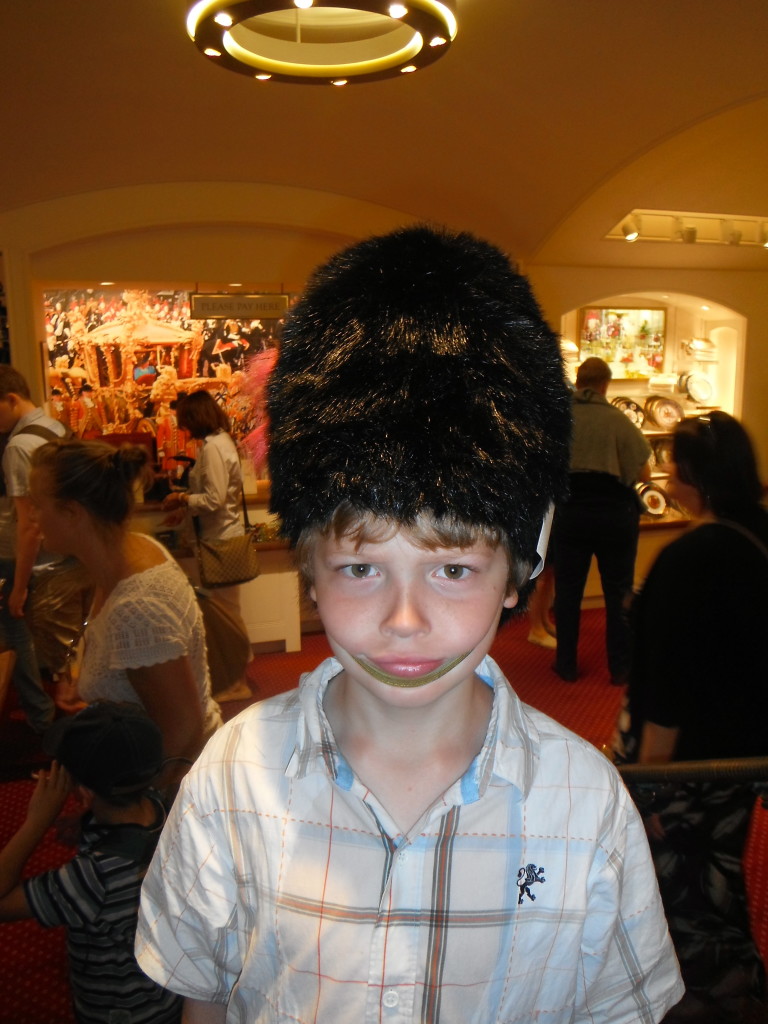 With Corgi’s and a tea cozy, we have a laugh. 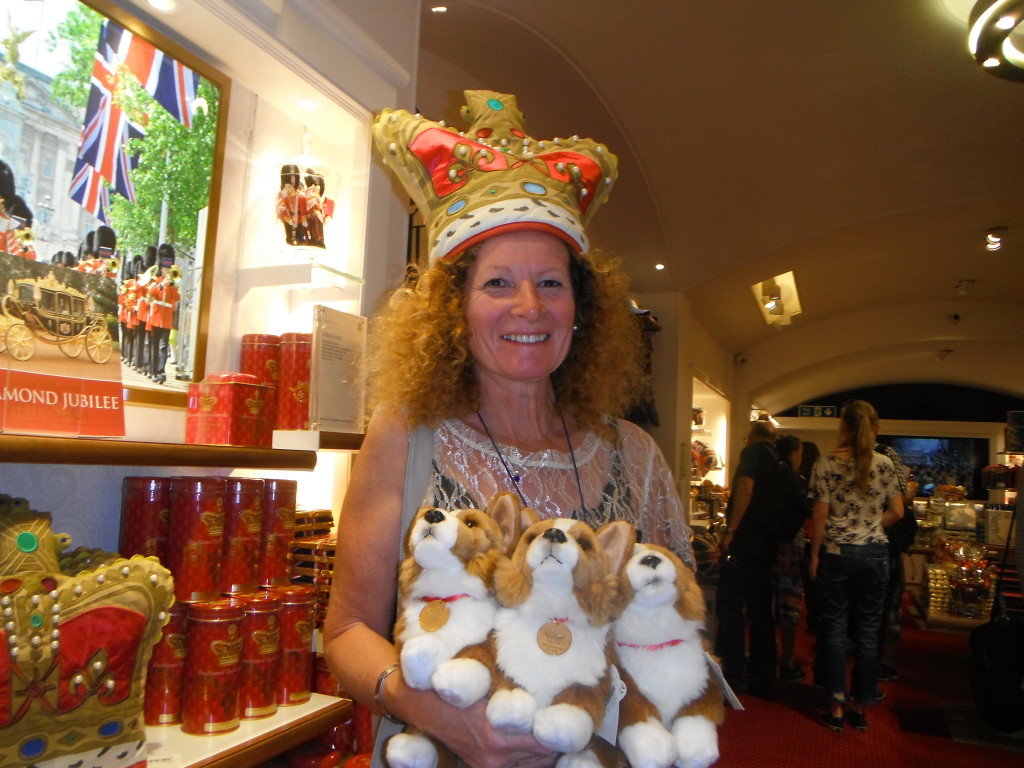 We then walked a bit and caught a double-decker red bus to Harrods in Knightsbridge. 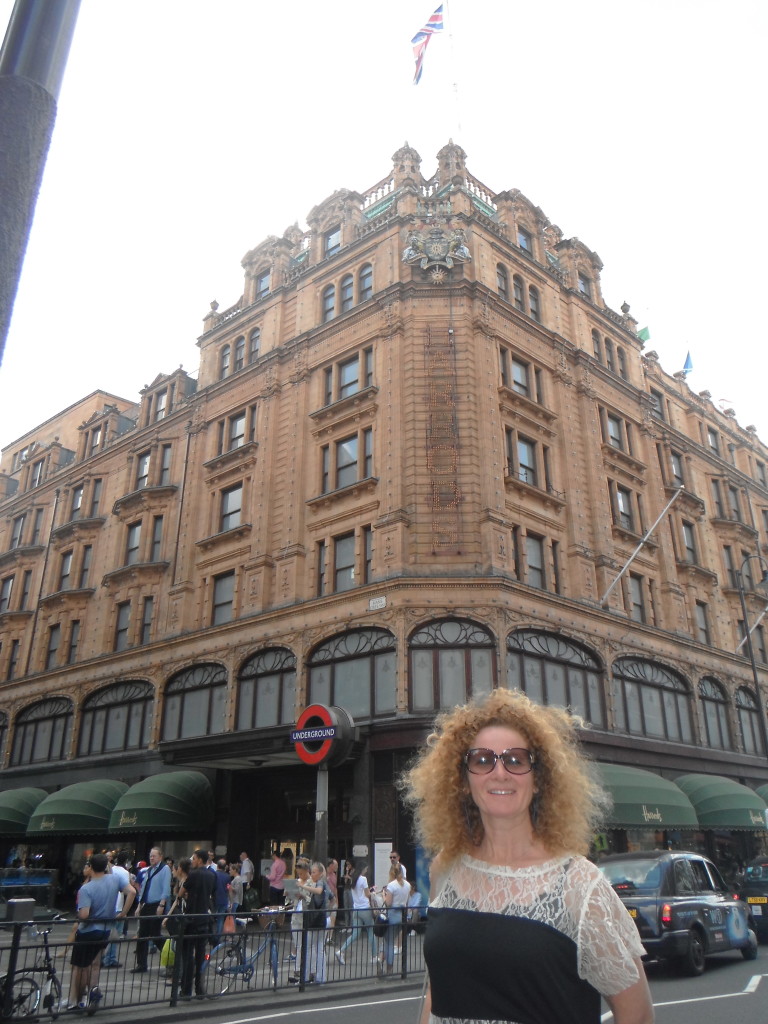 Inside we visited the gorgeous food court and of course, we also went to the art area.  This amazing staff member talked to Explorason all about the art of Andy Warhol and also the sculptor Lorenzo Quinn.  He encouraged us to feel and explained the thought behind the pieces. 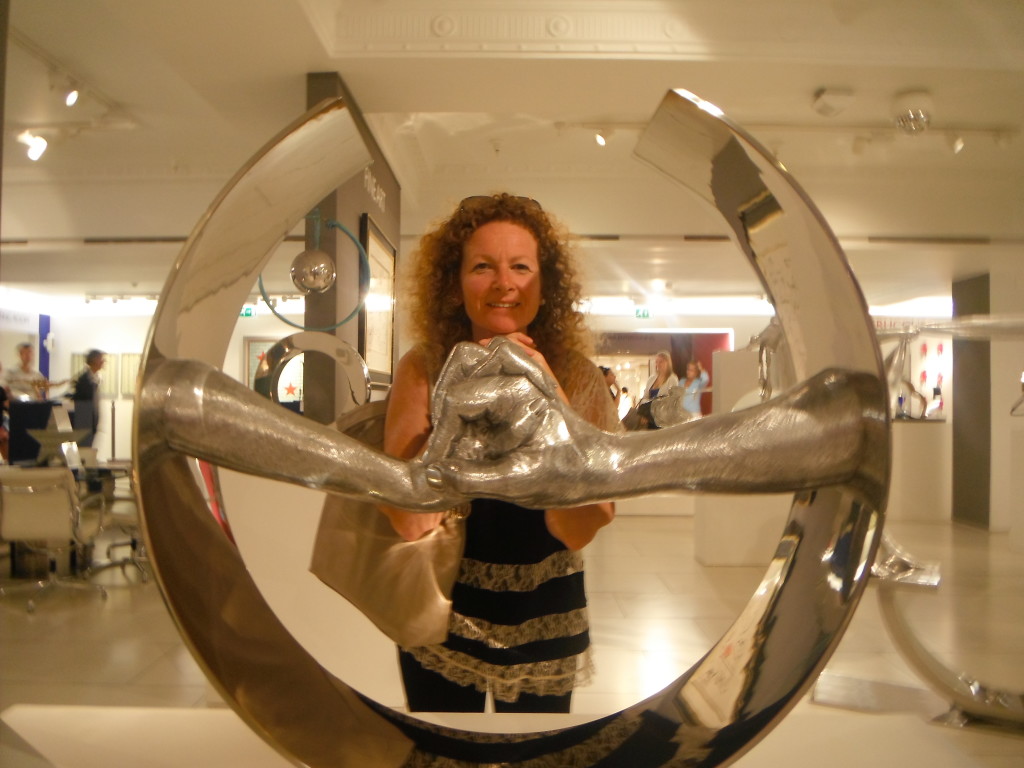 We left Harrods and walked down the street for a beautiful afternoon tea and a good strong cup of coffee (or a cuppa to an Aussie). 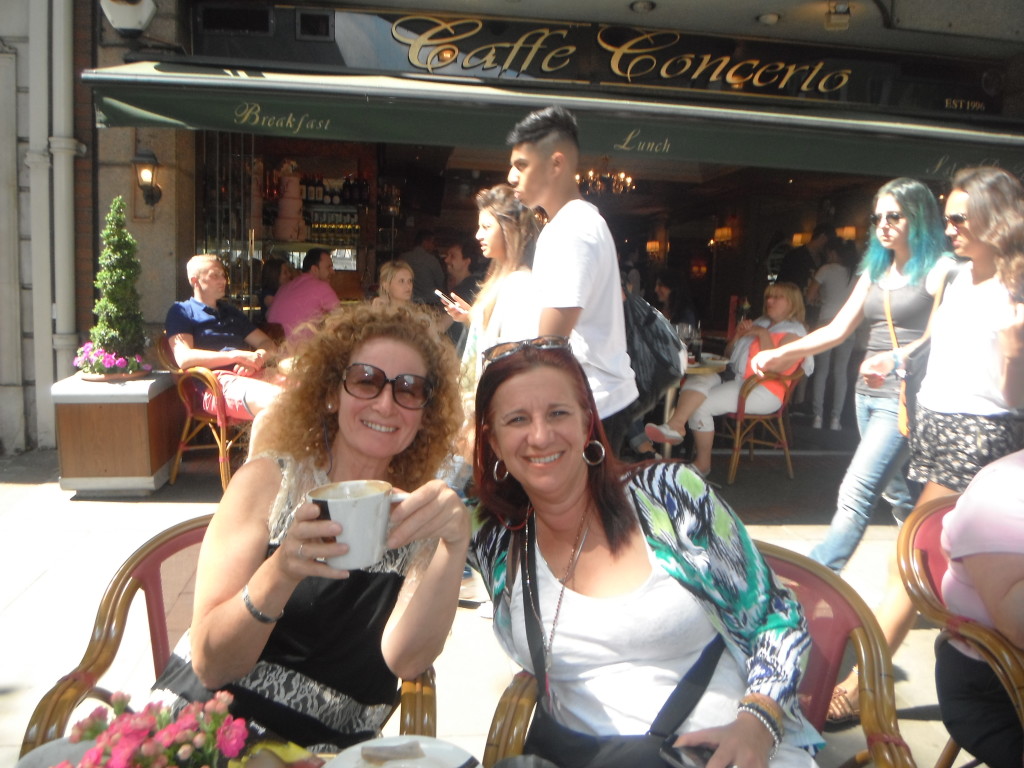 We had about 1 hour to spare, and tired as we were, we then decided it was a couple of tube rides to Covent Garden. Exhausted, we just made the tube and train back to the area we were staying. 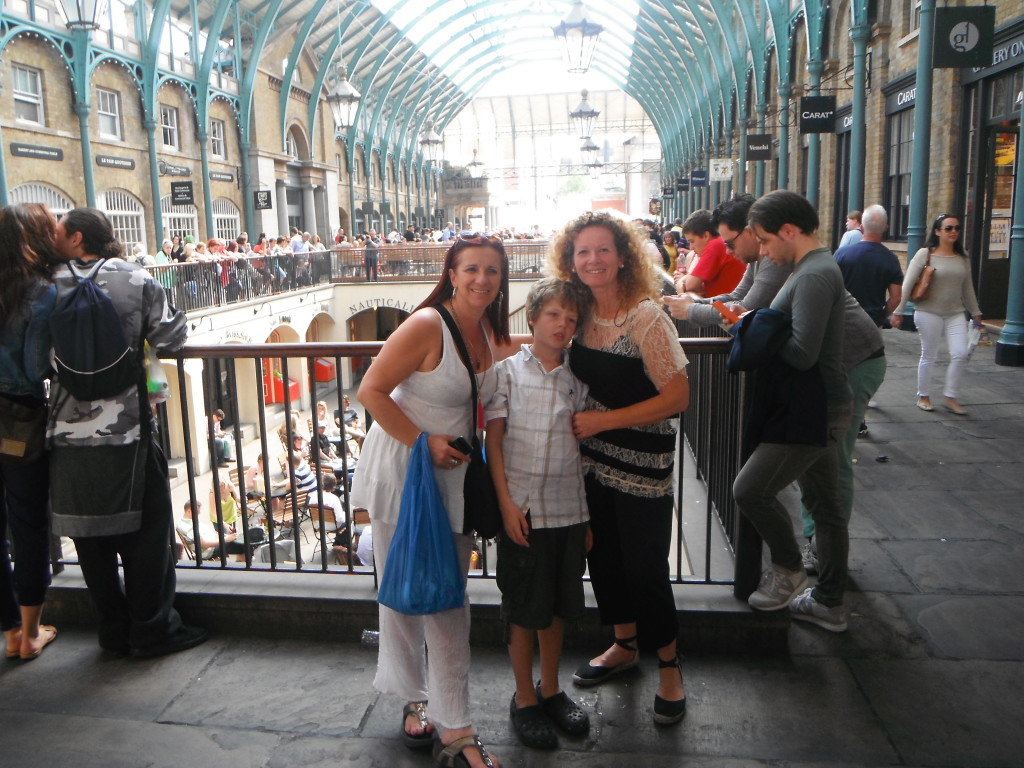 There we met a great friend from Australia – Davo. He has just been declared in remission from cancer, so it was a celebration at the White Rabbit Pub in Kent, and a great end to our first day in London. 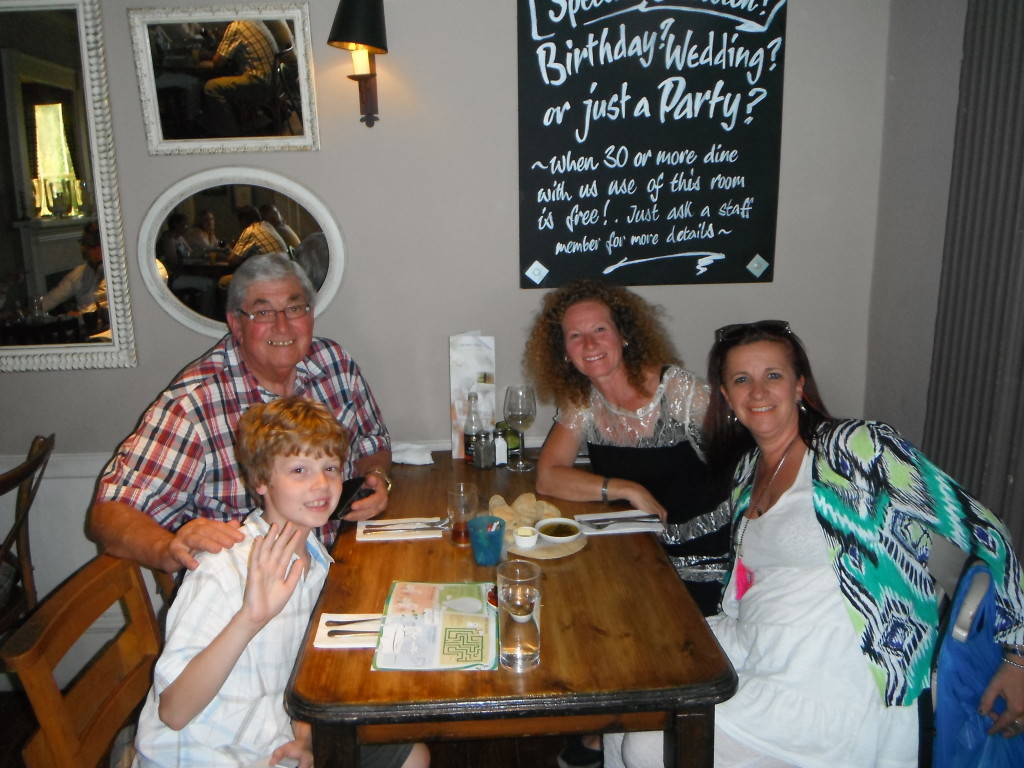