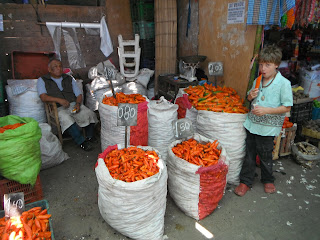 Afro-Peruvian Restaurant San José Peru
After our morning in Paracas, we really did not have a lot else to do, so we packed up and decided to take a taxi into Pisco.
The hostel owner helped us organize a good rate, and told the driver where to drop us at the local mini-van in Pisco.
From here we wanted to go to what we thought was a little town of Chincha.
Once in the minivan we started to talk to a lovely man and lady, her name was Isabel, and she told us of places to see.
She was getting along well with Explorason, whom she called “Gringo”.
When we got off in Chincha we discovered it was no little town!
So Isabel helped us drag our bags to a couple of hostels a few blocks from the drop off point.
We scored a great deal at the Embassy hotel for 30 Soles – $12 a night.  It was clean and had an en-suite.
She headed off, and we headed out.
First stop was for some sugar cane juice. 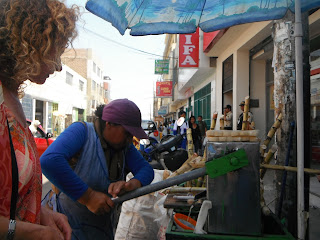 Next was for some food at the markets.
We had been told they ate “cat” here, but all we could see was “duck”.
No refrigeration, and many cut in half, revealing the insides that looked like varying sized cherry tomatoes.
We grabbed our supplies and left. 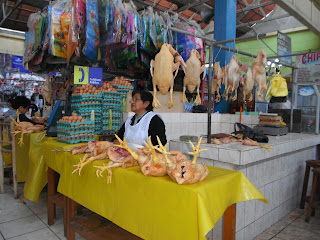 Now this area has a strong African influence, so the hot and spicy foods and chilies are in full supply!

We then wanted to go to an artesian bodega.
We had about 4 bum steers before we found the place.
The lady was pretty off-handed and completely uninterested in assisting me.
The wines were about as expensive as Australia, and with not much variety, so we left. 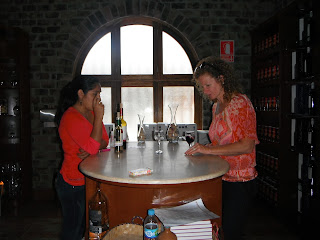 We then decided to head off to El Carmen.
This is the poorer Afro-Peruvian farm area.
I am amazed the mini-buses and cars still even ran. 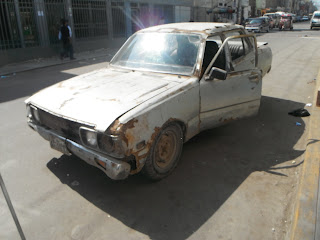 We opted for a taxi and were disappointed when we arrived that Mamainé was out of town.
I think we would have had an awesome meal if she was there, but we ordered a vegetarian and got meat.
Then we were charged for it and were left with a boring plate of beans and rice for $15.  It was the most over-priced beans and rice I have ever had. 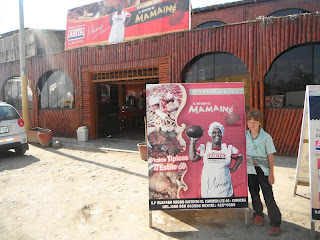 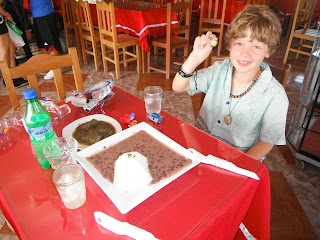 But not all was lost.
We met some locals who invited us to see the kids play the drums – or a wood box, and dance. 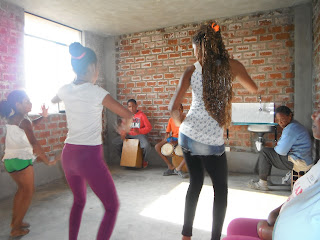 One of the guys then told us about San José, so we arranged our taxi (who was still waiting) to take us there. 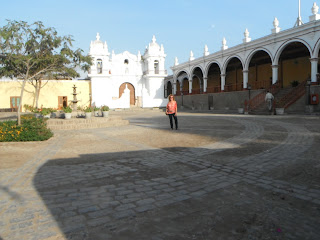 This old hacienda is where they first had the African slaves come to work the cotton fields 200 years ago.
We were pretty shocked to walk through the catacombs where 100s live in the damp and dark.
It was an amazing history lesson, and well worth the time. 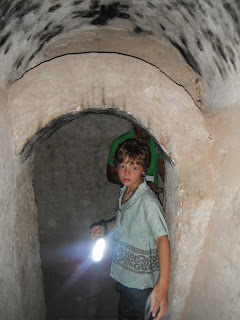 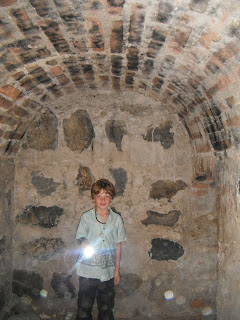 In the end, we saw where the Spanish and Peruvians would lock-up their slaves, and also force them to sit in Catholic church services.
I wonder how much they learned, and why they would have wanted that kind of faith. 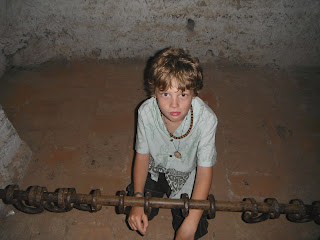 We left feeling very somber.
We had been right in the back farm lanes of country Peru.
We had visited with real people.
We had seen real poverty and real joy.

Money does not buy happiness, that is for sure.