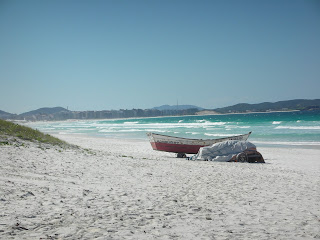 We have been house-sitting for the past few weeks just north of Rio de Janeiro.

I had expected to stay for the full two months, but situations changed. It was more remote than we had anticipated. There was also no one in town speaking English. The result was loneliness for me, and a good rest for my son. The good thing is that my son had time to catch up on his school work. We had been dragging along many school books and at least it was high time he did away with them by finishing up his assignments. The prize – Minecraft on my computer (yikes what was I thinking?). They were just too heavy. We also spent this time catching up and bonding some more.

So, we decided to go and see the towns nearby. We had heard good things, though overall it was hard to find what was worth seeing. There seemed to be a general lack of information and they even declare it to be a Brazilian ‘Winter’ here.

So when we received an invitation to stay with a Mum who had a 9-year-old son (and they spoke some English) we decided to go for it.

We were fortunate to find a place to store our main luggage. I went to the local grocery store and selected a plastic fruit crate. Then, with a steak knife, I carved bits out to make them fit snugly around the seat of the 50CC motorcycle. A few stretch straps later, and we had a very local-looking bike. It helped us avoid the limelights and look more like the locals. 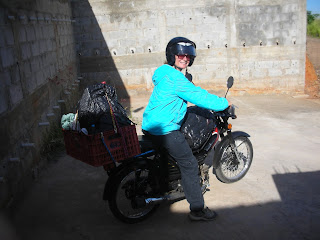 So on Monday morning, I loaded up 2 backpacks, a little bit of food and water,
some spare fuel, and secured it all firmly.
We were limited in what we could bring, and so, having only hand washed for the last 5 weeks, we selected a mix of “going out” and “throw out” clothes.

By 8:30 a.m. we had commenced our journey. First stop was to check the pressure on the tires. Then we rode along a back ocean road. After about 3 hours, I ached.

We were only doing a maximum of 40 kph, and often less. The route I had selected was off the highway since I wanted to avoid it.

We got a little lost in one town but were pointed in the right direction. Brazil uses route numbers for their roads – a lot like the USA. But they don’t display them as signs. So this caused some confusion. About 4 times we asked directions. 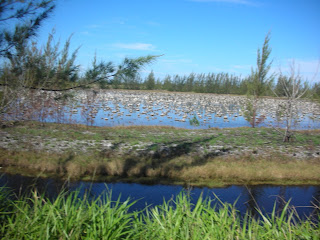 Finally, we came to a road that traveled between the lakes (there is a row of lakes) and the sea. The cross winds were quite strong. Most of the scenery was boring. Not what I anticipated. I felt frustrated as we hadn’t yet seen a lot of the ‘wonder’ of Brazil.

We stopped off in a little town for a ‘bum break’. Some juice and crackers went down well, and so did a walk around. Fortunately, there was an unlocked bathroom, so that came in handy. 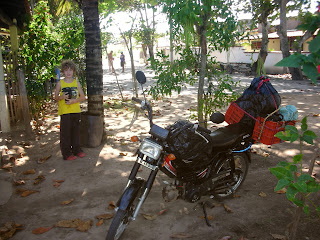 Hitting the road again, we then passed what seemed to be a salt lake or fish farm. There were some lovely pink flamingos, and that was great to see in the wild.

We were both quite excited. Sand dunes seemed to sculpt themselves on one side for many a mile. Then we saw a traditional Brazilian plantation home. 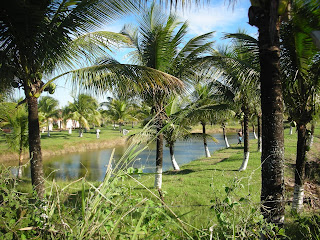 We then discovered that we had missed having a rest in a pretty town with a river. Therefore, we found an open churchyard that had a shad and a place to rest and just enjoyed some food and juice there. I am glad that there was a bathroom that we could use. 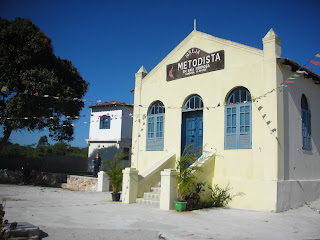 Soon after we hit the touristic towns. We filled up with gasoline ($3.50 US filled the tank) and stopped at the information center. We were armed with maps and information, and we had a little ride around. By now it was 3 p.m. We only had to be in Rio Das Ostras at 5 p.m.

I had read about a small town that has some historical homes. So I decided we would have afternoon tea there. We found a lovely old church on the corner of the river and the sea. 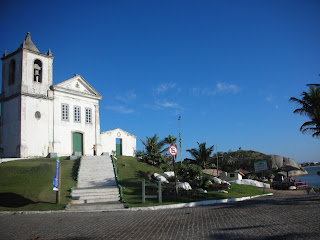 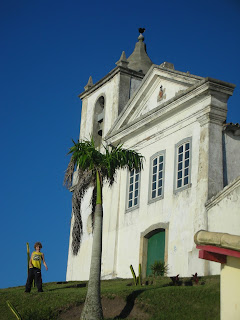 Along the side was a small restaurant. The owner spoke English and was a lovely guy.

We had a drink, and my son enjoyed an ice cream. Jorge, the owner wanted to give me a gift of his café’s t-shirt and so we promised to return at the end of the week. 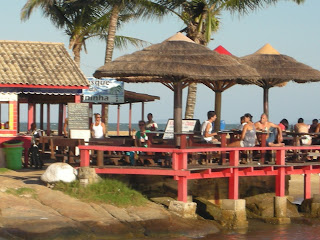 It was a nice break, and we were already feeling like this area had interesting places to explore. 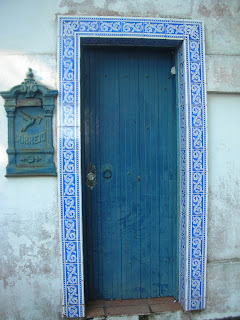 We arrived at our host’s home pretty much at 5 p.m. Her very young Mum was there to greet us. I was confused as to who she was. I thought her mother had left (I knew she had stayed the previous week). Then a cleaner appeared. I had only communicated by computer and so I was trying to remember her face. I couldn’t speak Portuguese. I was hot; a little sun-burnt; tired; dusty; smelly (well so I thought) and generally flustered. 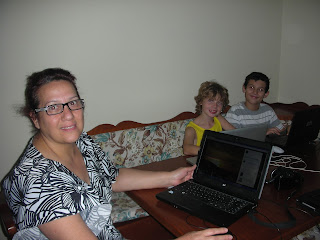 Soon our host came home. She had her son with her. The boys hit it off straight away. We could speak. I had a shower then unpacked. It all felt good. We sat and talked around snacks and an evening meal. It was a lovely start to our time in Rio Das Ostras. 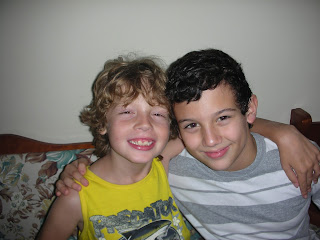 If I sell it for only $1000, then it has cost us about $18 a day to be independent. Quite a good idea for those of you traveling around South America.

Also, note; in Brazil, a motorbike 50CC or less needs not be registered – so no paperwork hassles.

I am so thankful for the open home and the wonderful people we are staying with.
Such lovely people! 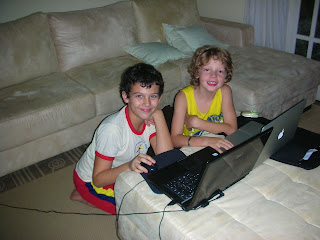