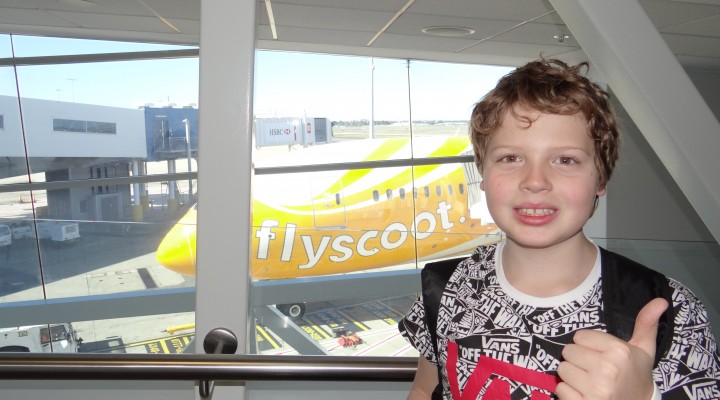 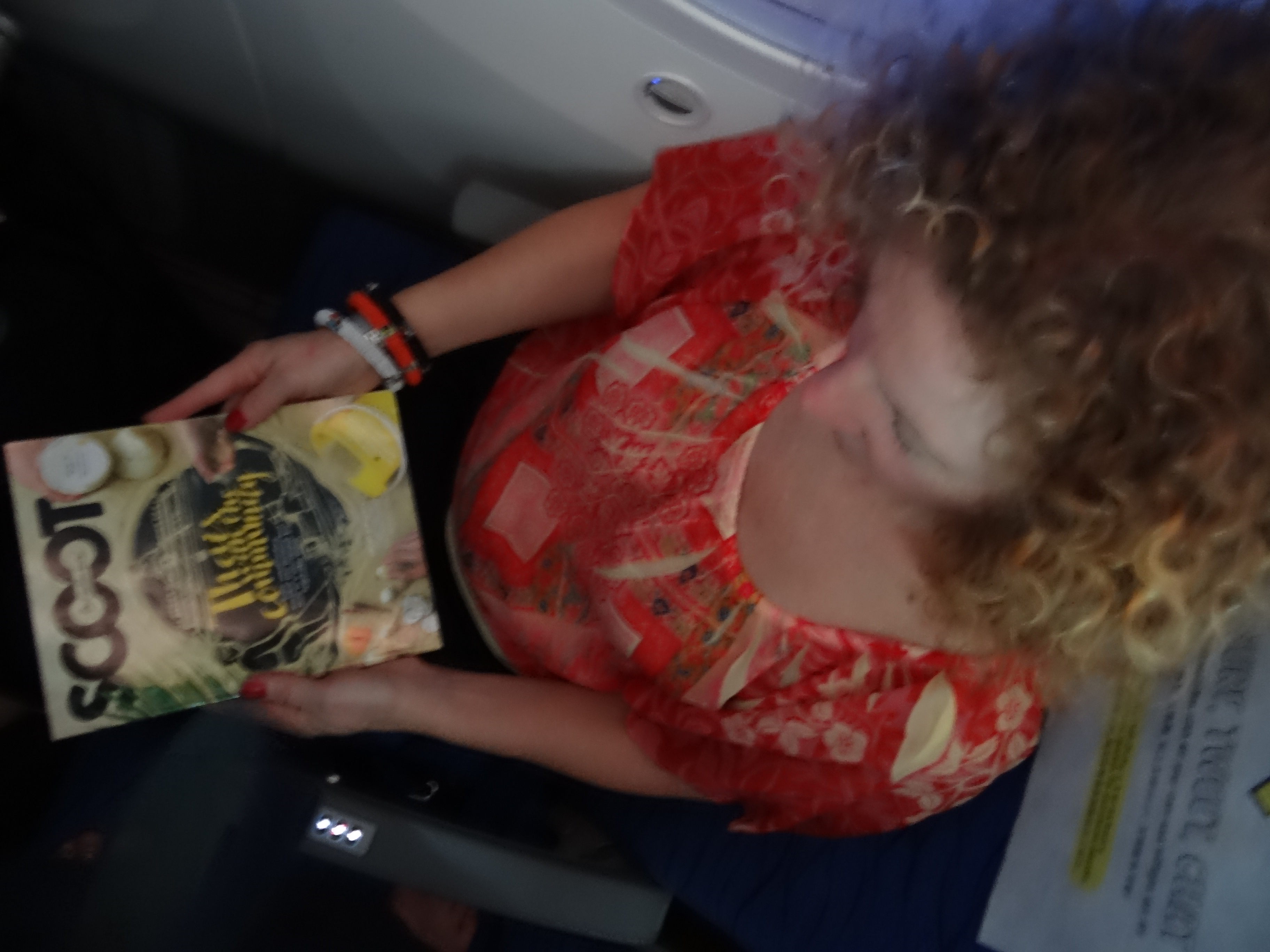 A new chapter has begun for Exploramum and Explorason departing Australia for our second major travel expedition.

Originally leaving Adelaide in 2012, we then successfully explored 65 countries over four years, before returning to Australia to celebrate my father’s 90th birthday late last year.

Over the past few months we have been really quite busy and continued to travel – discovering parts of Australia, and also included a couple of shorter jaunts to Indonesia.

We managed to commence our ‘next chapter’ on a day that was deemed to be considered ‘a challenge’. Plastered over the News for the past 24 hours were announcements that the Customs and Immigration staff at the Sydney Airport were holding a strike. A pay increase is in order, and so they were running on skeleton staff and long delays were predicted.

Not to worry, we arrived early to the Mascot Airport and breezed through the check-in counter with Scoot Airways.  In fact, there was plenty of staff, and we only had to wait for one person, then it was our turn at the counter – perfect!

When we were surfing the net and selecting which airline to fly to S.E. Asia with, we discovered Scoot low priced airfares, and decided to give them a try. And like most of our adventures, we write and share them with you, especially when we feel a company offers great service and value for money. 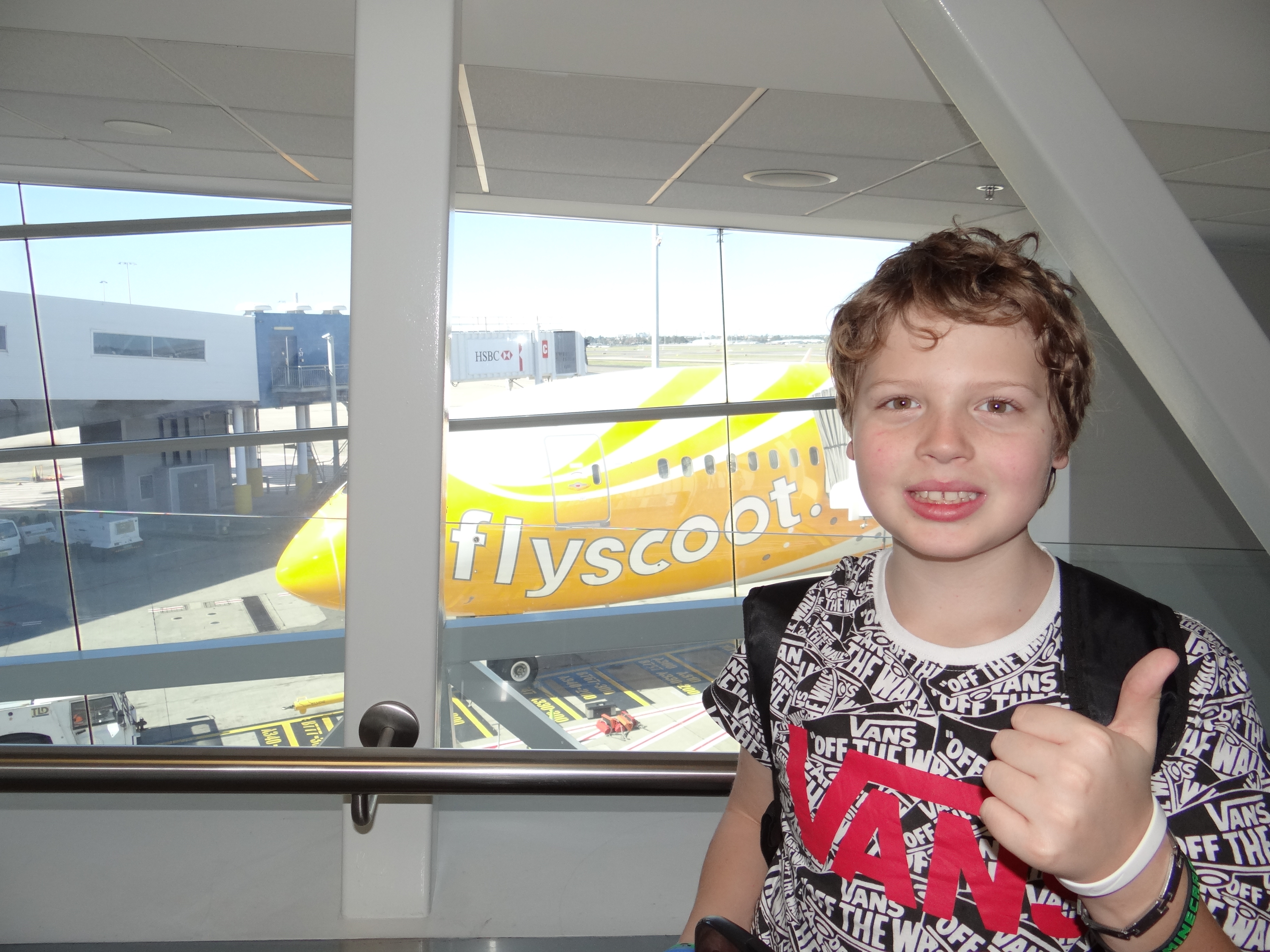 ©Exploramum and Explorason – ready to board our first Scoot flight

We breezed through Customs and Immigration on our way to the American Express Lounge. I don’t know where the strike was meant to be, but we certainly felt no effect.

Before we knew it our boarding call was announced.

Priority boarding is an online option for passengers with Scoot.

Plus, there is an option for selecting our favorite Economy class seats on-line too, so we made sure we did this.

‘Scoot in Silence’ is the desired option for the passenger who prefers the quieter flight – with no children permitted under the age of 12 in this front-of-plane section.

There are also Super and Stretch Seats available that offer more legroom and adjustable headrests. 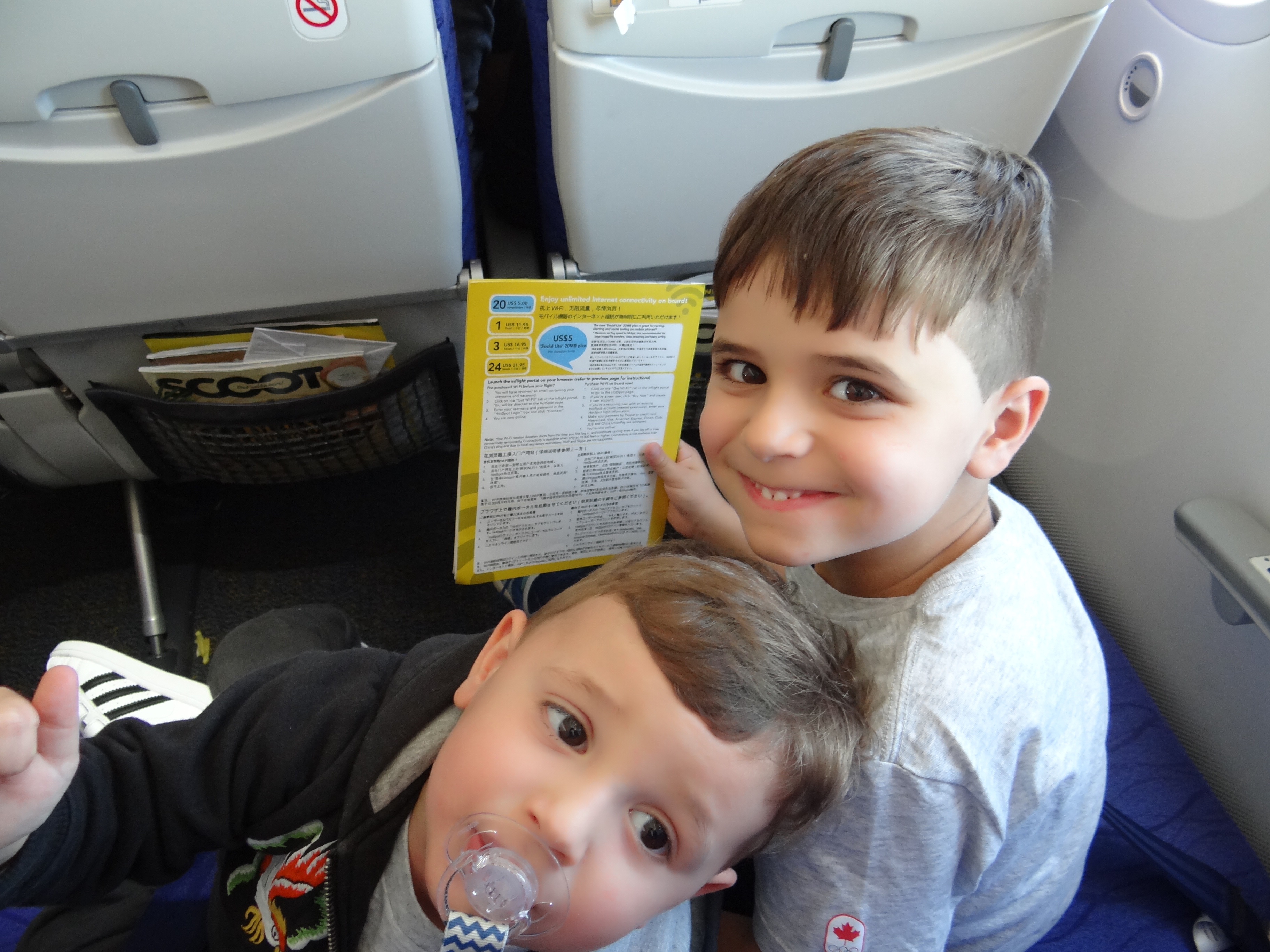 Our seats were perfect. In front was a young family with 3 children.  Instantly Explorason and the older of the two boys became friends.  Oh my goodness, was the oldest child a natural comedian. He kept us entertained during the flight.  Such a lovely family venturing off on their first overseas vacation with all three children.

I noticed how great the flight attendants were with organizing the baby seat belt, and helping the parents with their luggage, and settling the children into their seats. 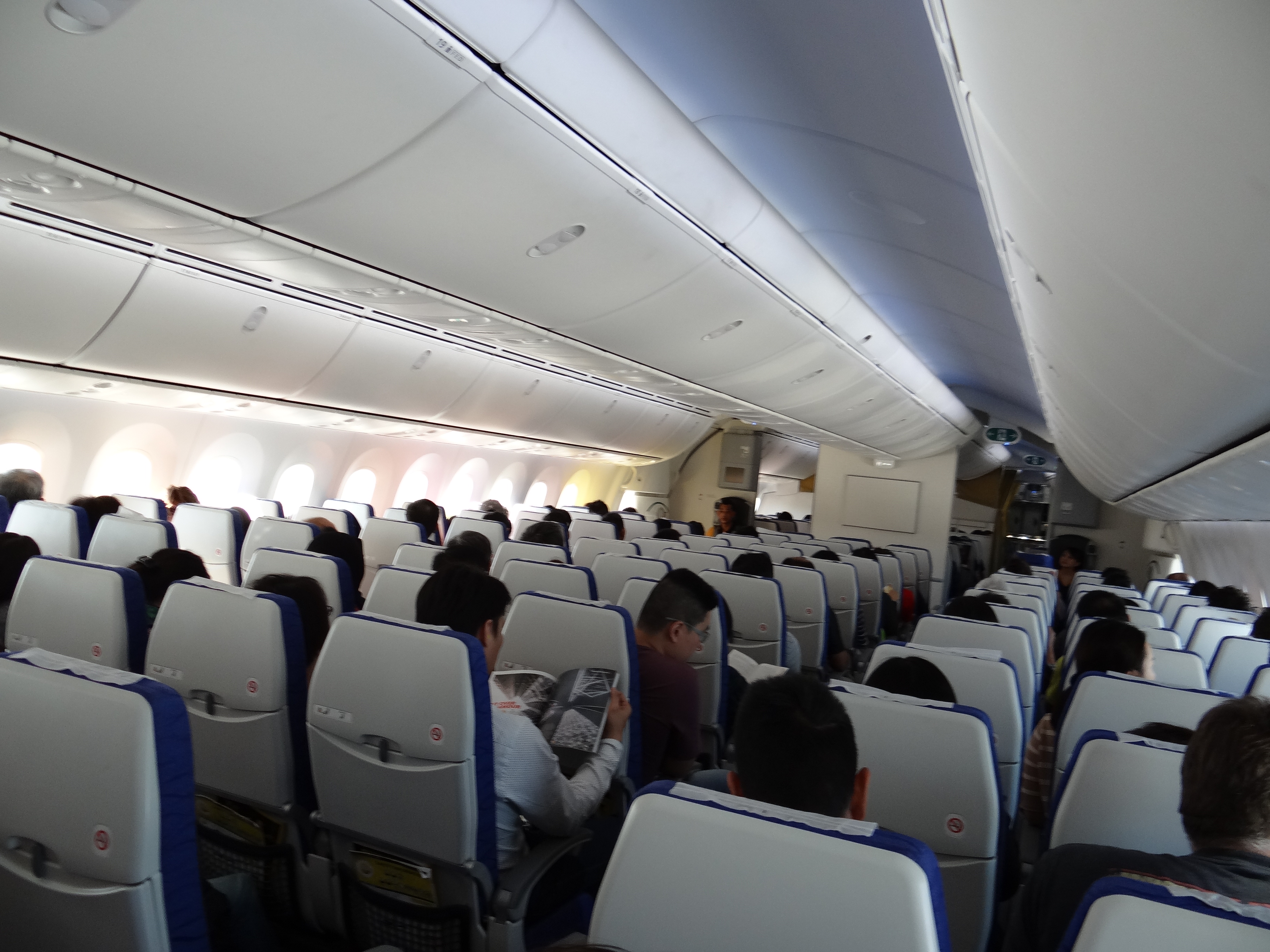 We found it to be a very spacious aircraft cabin too – one of the many benefits of Scoots all wide-body fleet. Plus, our new Rolling Laptop Bags and Extra Cabin Bags were stored safely overhead because the overhead lockers were really spacious.

I personally detest when I get onboard other flights, only to find my bag ends up several overhead lockers away. It isn’t too bad on take-off, but it can be really difficult when traveling as a single parent with a child only to separate in the swarm of traffic as passenger enthusiasm overrides once the plane has landed. I’ve had this happen on more than one occasion, so I appreciated the roomy overhead lockers and to me, they were a real ‘plus’.

Before we knew it we were flying in the air in a ‘schmick’ Boeing 787 Dreamliner aircraft, and despite all the food consumed in the American Express Lounge, Explorason was ready for his meal.

We had pre-ordered our healthy meals online (so glad we did). 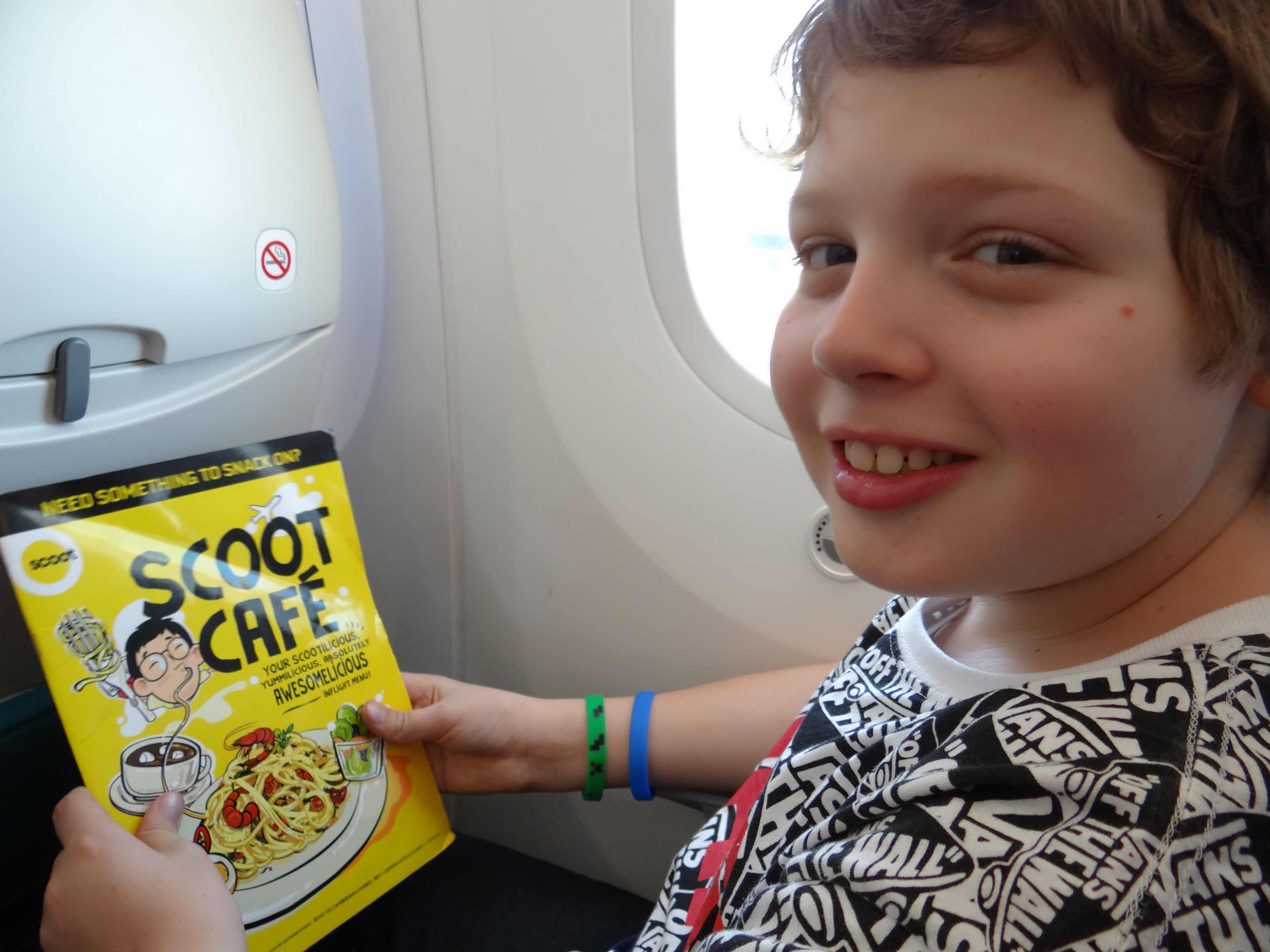 Later in the flight, it was once again time for a snack from the Scoot Cafe.

I chose not to drink alcohol on the flight because I find the altitude can cause me to dehydrate, and often end with a nasty headache, but others around I noticed enjoyed a tipple or two from the bar trolley.

Scoot also offers ‘4 X Cabin Moisture Feel’ so I thankfully felt quite refreshed with hydrated skin.  Plus I found I could breathe easy with their reassurance of clean, bacteria-free air onboard.

Whilst this might be an invisible benefit, I do recall when Explorason ended up with Mycoplasma Pneumonia after an earlier trip to Bali this year.  The doctor did tell us that this is an airborne virus, so I’m very keen to be surrounded as we fly in ‘bacteria-free’ cabin air. 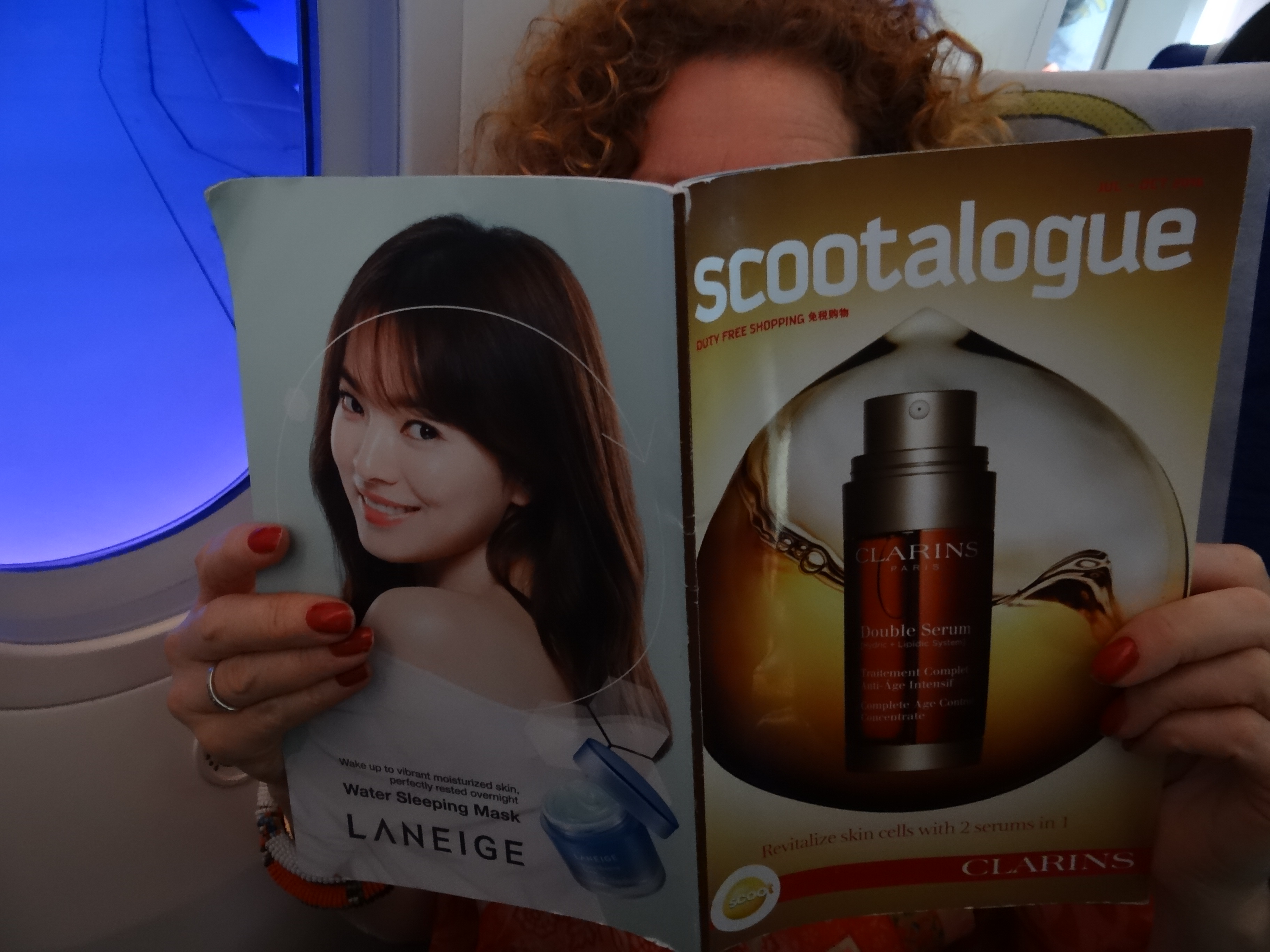 With Explorason happily watching a movie on his laptop he had pre-downloaded, it was time for me to finally relax and read my collection of travel magazines I’d brought with me.  Once they were finished I passed them onto the lady in front and went on to read the in-flight and shopping magazines. 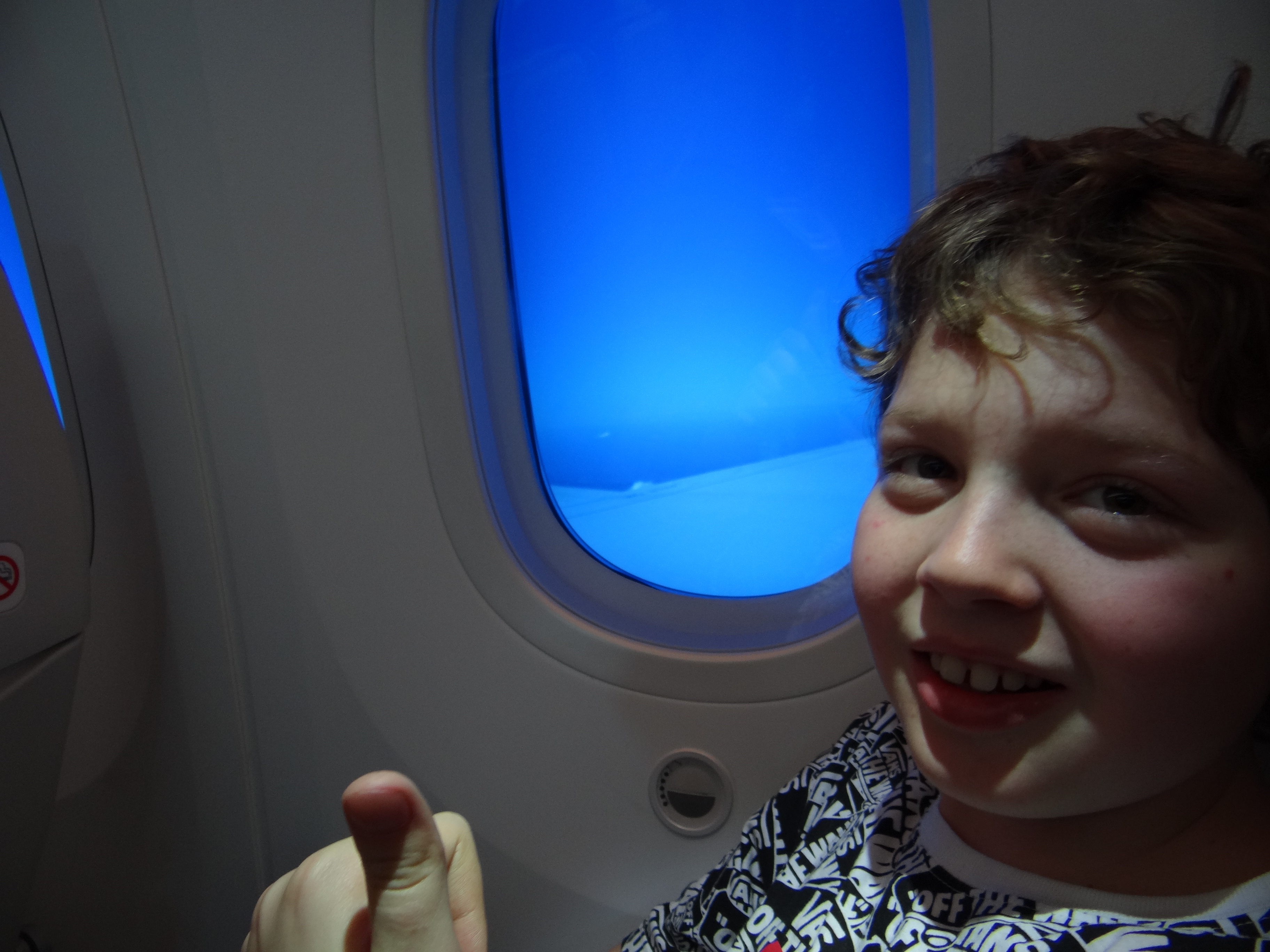 Explorason thinks one of the best parts of flying with Scoot Airways is the window shutters – or lack thereof. Instead, there is a press-dial up option for the amount of tinted shading.  He (and the boy in front) enjoyed sending us into varying aspects of shading from clear to dark blue as the flight progressed.

Plus the cabin lights change color depending on the time of the day. At the end of the flight and just as the sun set over Singapore, the cabin lights turn into a rainbow. A hit with the kids! 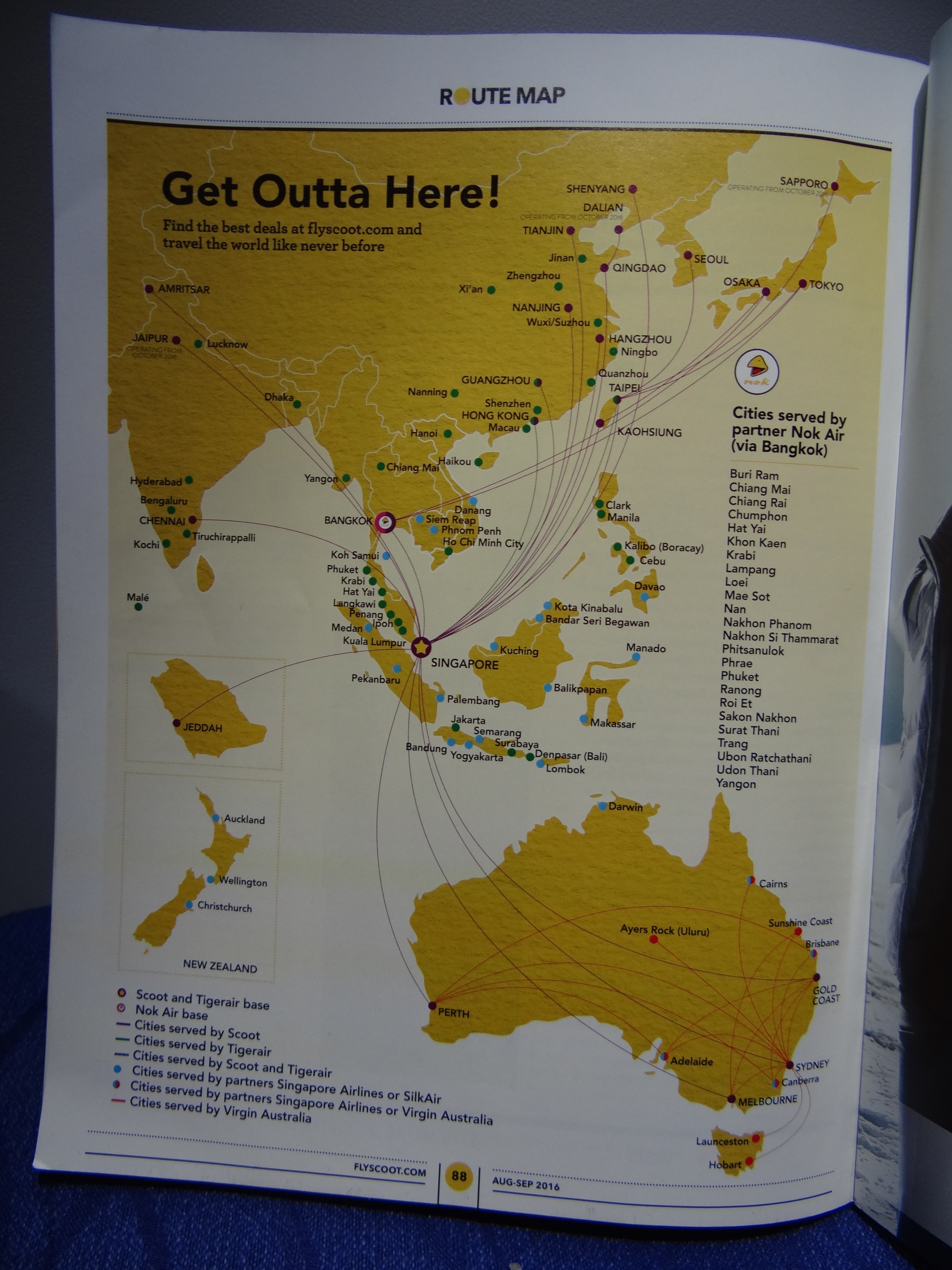 As we arrived at Changi Airport in Singapore we both decided we would definitely fly with Scoot again. With new aircraft, fabulous staff, and great prices, we found using them to be a great start to our next adventurous chapter.

Explorason aims to reach 100 countries, and Singapore is country 66 – plus we are now in our 5th year of world travel.  We can’t wait for what lies ahead as we start to explore South-East Asia.  There are so many countries in such a small space compared to some of the other continents we have traveled to.

We are ever so grateful that we have this opportunity to travel the world. Not just to enrich our lives personally, and not just to educate Explorason, but we hope also to touch lives along the way.

We made a decision to use our ‘random acts of kindness’ and ‘pay it forward’ principle as we explore this vast world.

To be able to give to someone who can never repay is one of the greatest joys and helps us to leave each place a little richer than when we arrived.

To us, this is the richness of travel.