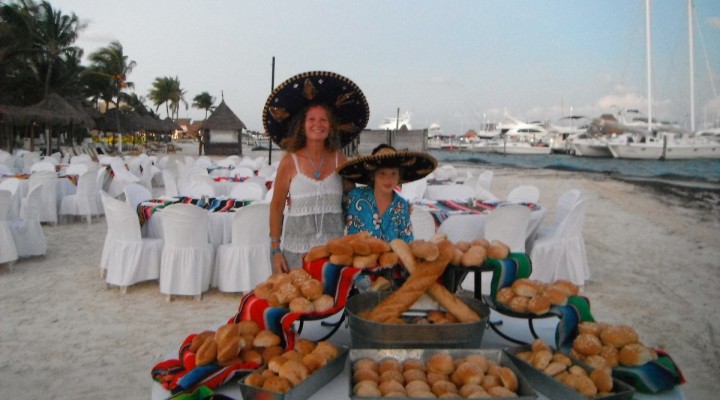 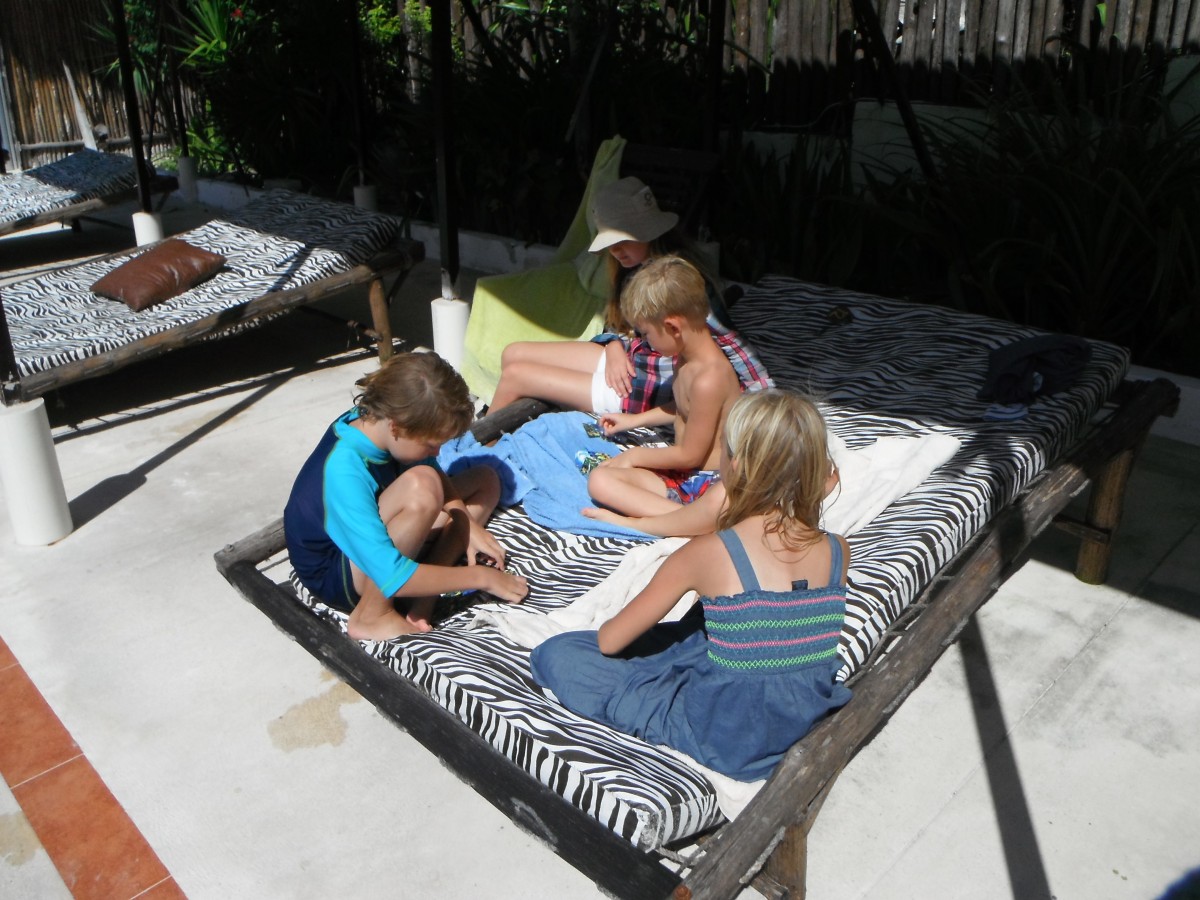 ©Exploramum and Explorason – meeting other traveling families in Mexico

Translation of an article by Google Translate.

…..Single Mother, with a home mortgage payable, two jobs that left her exhausted and very little time to share with your child, Ruth Johnston’s life change was raised.

“I thought, this is not the reason why I had a son,” she says by phone from Australia, “we talked and decided we wanted to travel together.”

After several months of planning, selling your home and most of their belongings, in 2012 they began their journey. They have been in more than 60 countries and in 2016 expected to reach 100. She is 54 years old and his son is about to turn 11.

“We realized that our belongings were holding us – that the more things we had, the harder it would be to travel”.

One way to afford travel is by sitting homes (house-sitting), caring for the homes and pets for their owners. Also, we accept invitations to tourist offices and tourist companies.

“My son is involved in the decision of the countries we visit. Mexico, Central America, Africa and countries with culturally rich and warm weather are favourites.”

But theirs is not only adventure or enjoyment. Through their blog, Exploramum.com, they share their experiences and invite their followers to join their projects of Random Acts of Kindness.

“We agreed that it was not only seeing the world, but we wanted to make a difference to where we were.” 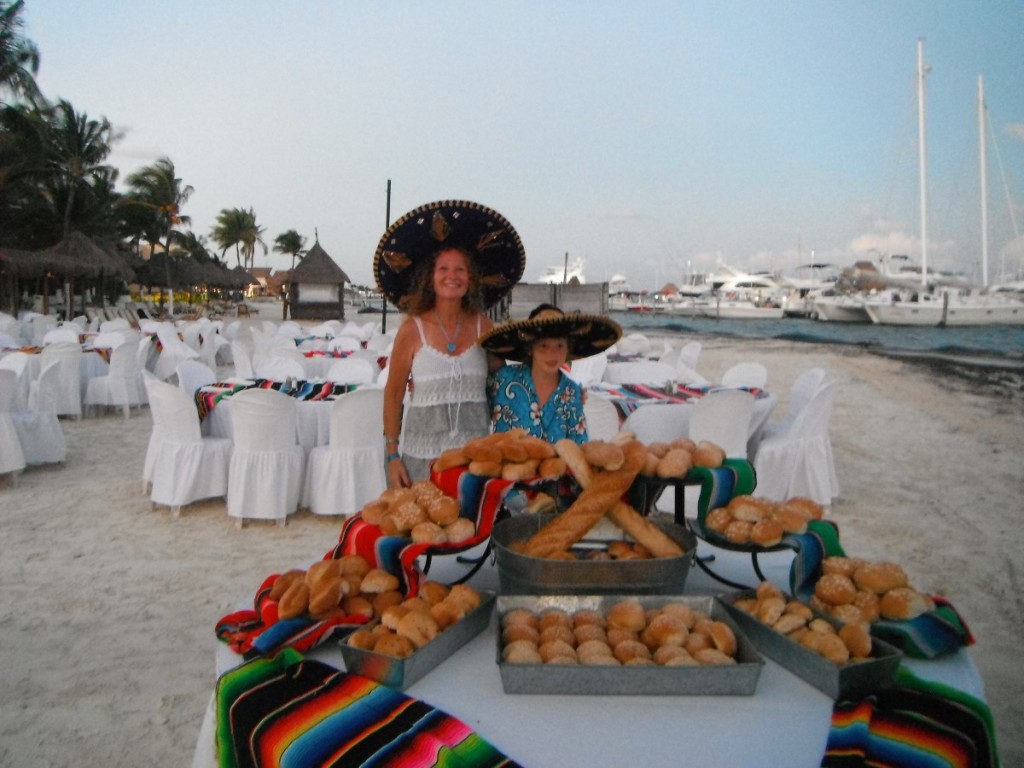 In Australia, we involved his school, and they helped us organize a study program, a traditional method in which workbooks are used. Then when we went to the Amazon in Ecuador, I realized that he was learning so much with the atmosphere, it was like studying with a living textbook.  And I thought, ‘why I am pushing him when he is so tired of learning with books and is really learning a lot more with these life experiences?’

Then we switched to what is known as world-schooling, where I was a mother who makes a conscious effort to focus on travel involving education. You focus on the world around you as it becomes a classroom and may involve local people to share their knowledge.

How do they move?

My motto when we started travelling is we wanted to see the world, keeping our feet on the ground as long as possible. In other words, not many planes, because to see a country have to see it with the level of your eyes, not from above. In Central and South America mainly we take buses and a couple of planes. In Europe we bought a car in England and use them for 12 months, we drove through Turkey and Central/Eastern Europe, and back to the UK and sold it to the same car lot where we bought it.

A company on the way?

We are looking for travelling families, we connect with them through Facebook groups. It is a way to make new friends who have the same interests as you. Sometimes we find the same family two or three times around the world, and we make the effort to connect because both the children are friends and parents are friends.

Do you get tired of travelling?

Yes. Travelling is very exhausting for the body. In addition, I have to plan, educate, write about what I’m doing. It is constant. Once you arrive at the site, I am planning the next place. It seems that the brain can not stop planning. It is the most exhausting.

But they want to travel more?

Fatigue does not remove the worm to travel.

What we do is we care for other homes, we stop for about six weeks, we catch up, rest, have a home life and we almost always taking care of someone’s cute puppy.

Here are some secrets that Ruth and her son share from 64 countries visited up to date, and this year we want to reach 100.

What is in their suitcase:

Negotiate rates directly with hotels and pay cash. Small hotels and resorts are best for this.

Back to Australia, they sent their souvenirs to decorate their future home.

As part of its ‘Random Acts of Kindness’, in Kenya, they used the beach vendors as teachers Louis: someone taught him to surf, and someone else to fish for example

To view the full article: 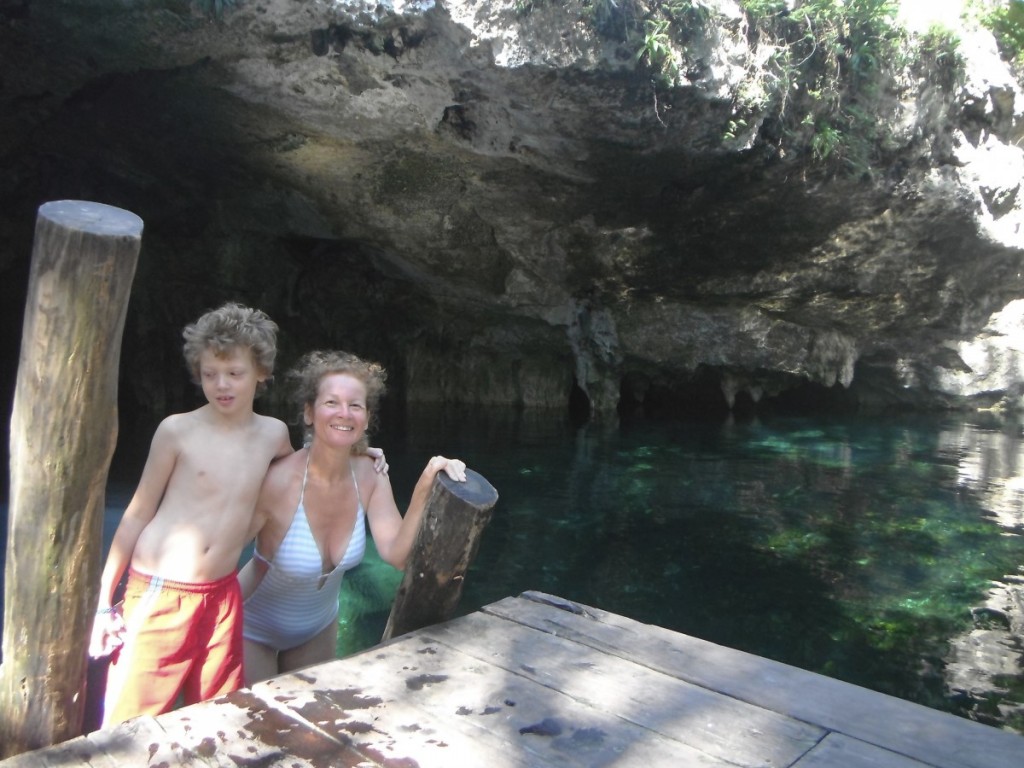 ©Exploramum and Explorason – Swimming with turtles in a Cenote in Mexico

One thought on “Latin American Newspaper REFORMA Tells Our Story”