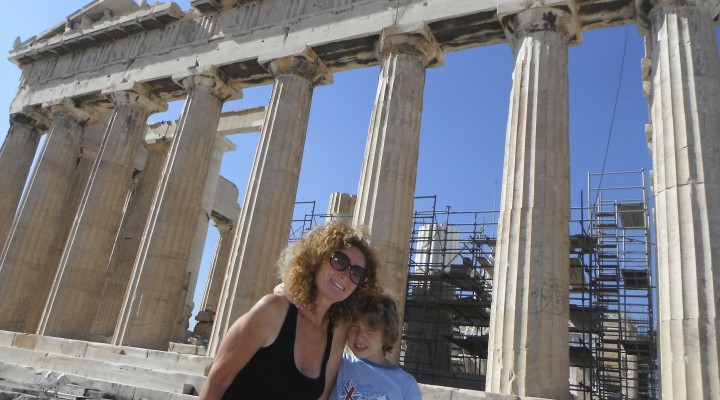 When a nine-year-old boy has a desire to see a city, then I think that is exciting.

He wants to go to Thailand, Egypt, and China in the future.  And the list is growing.

So when we found out there was a TBEX Blogger Conference on in Athens, we decided to go.

My dream was to be able to see the night lights of the Parthenon from my hotel room, and I was pretty excited when we achieved that at the Dorian Inn Hotel.

So on one of our first days in Athens, we walked all the way from the hotel up to the Acropolis.

What has impressed me with Greece has been how inexpensive it is to enter into historical ruins and sites.  Usually, children are free.  When you come here, you get a ticket to 5 other sites. What a deal! 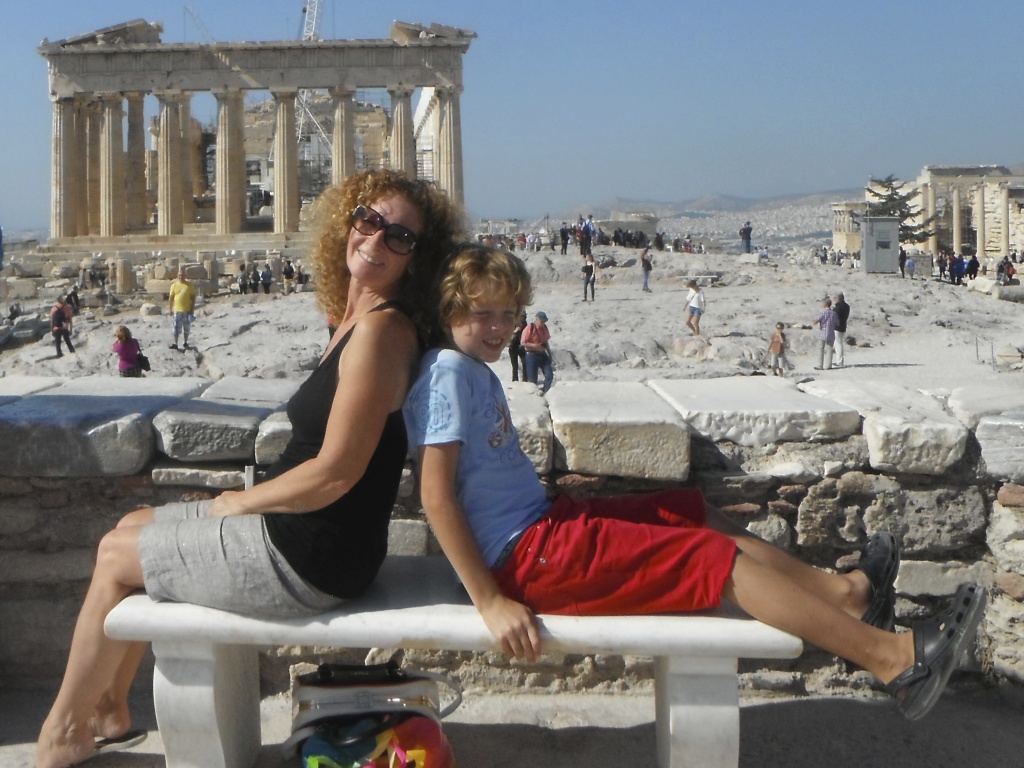 There is a pretty constant crane here at the site. Always improving, this and scaffolding will be part of the photographs! 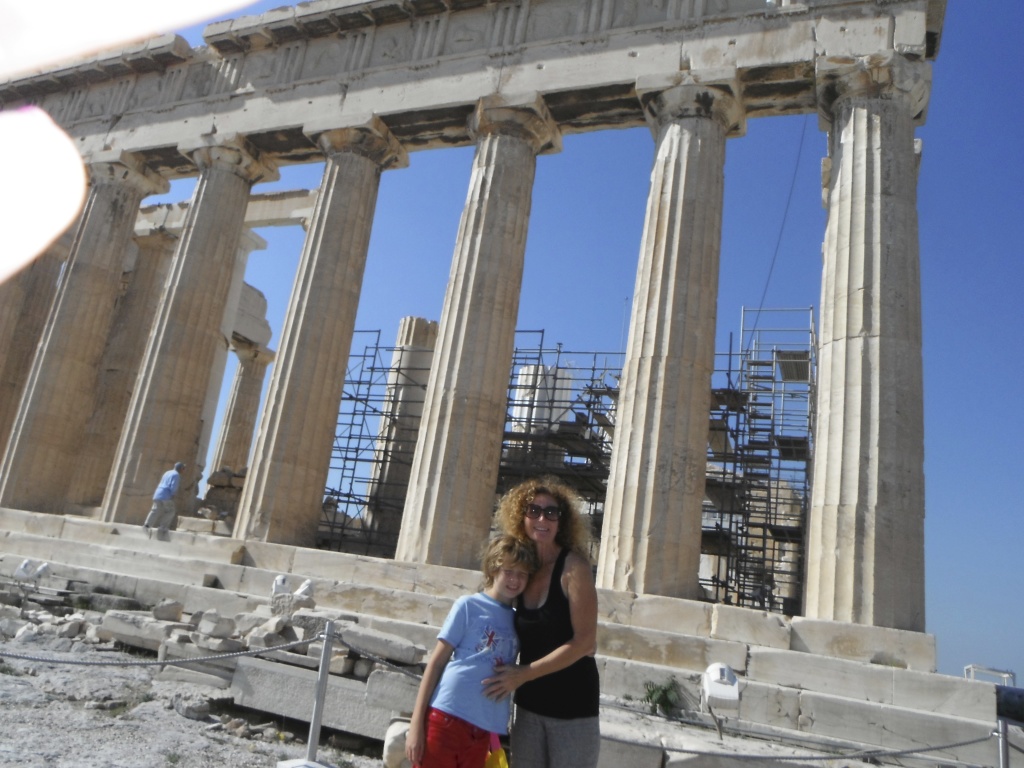 Here are a few facts …

Acropolis of Athens might be the most famous and most visited monument in the world from the Antiquity times. It is the symbol of Athens.

Most of the monuments here were built on the Prehistoric temples of the Sacred rock with this happening during the golden age of Pericles of Athens during the 5th century BC.
Among those monuments of the Acropolis, the Parthenon is definitely the most magnificent in my opinion.

The temple of the Parthenon was dedicated to the goddess Athena, protector of the Ancient city of Athens.

The most amazing architectural achievement of the Parthenon is the way it harmonizes this massive building with the Attica landscape. The external pillars of the Parthenon are not exactly straight, they are slightly curved so they give an optical illusion as they where straight from every angle you will look. 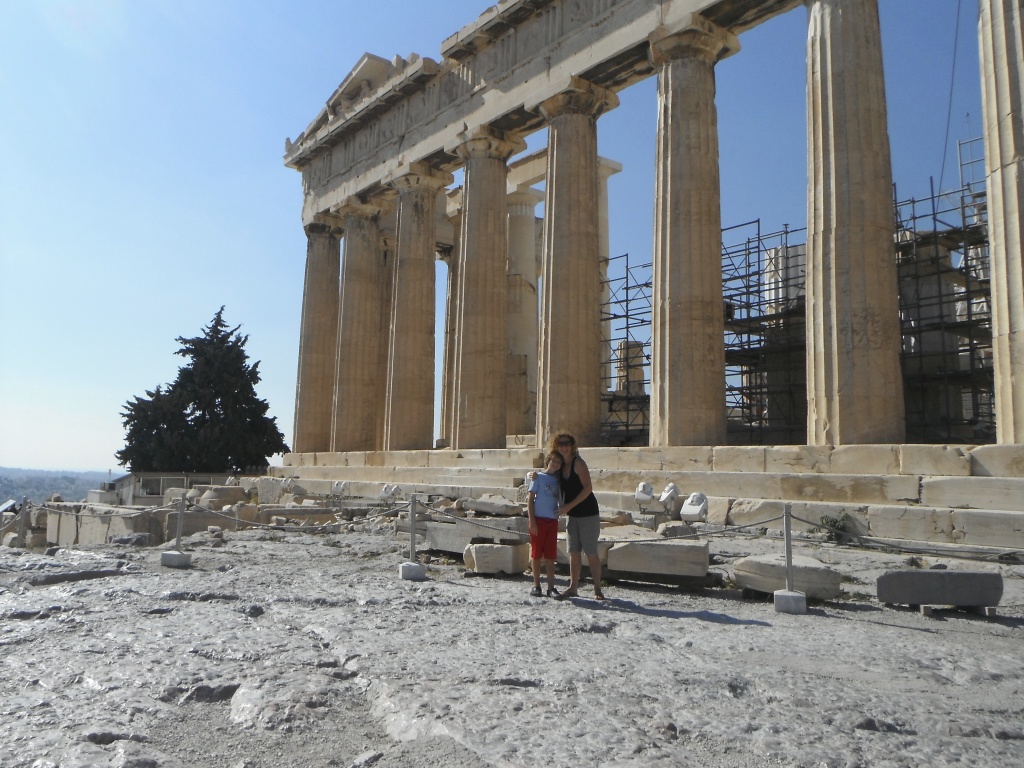 The view is also fantastic and here Explorason points out our hotel. 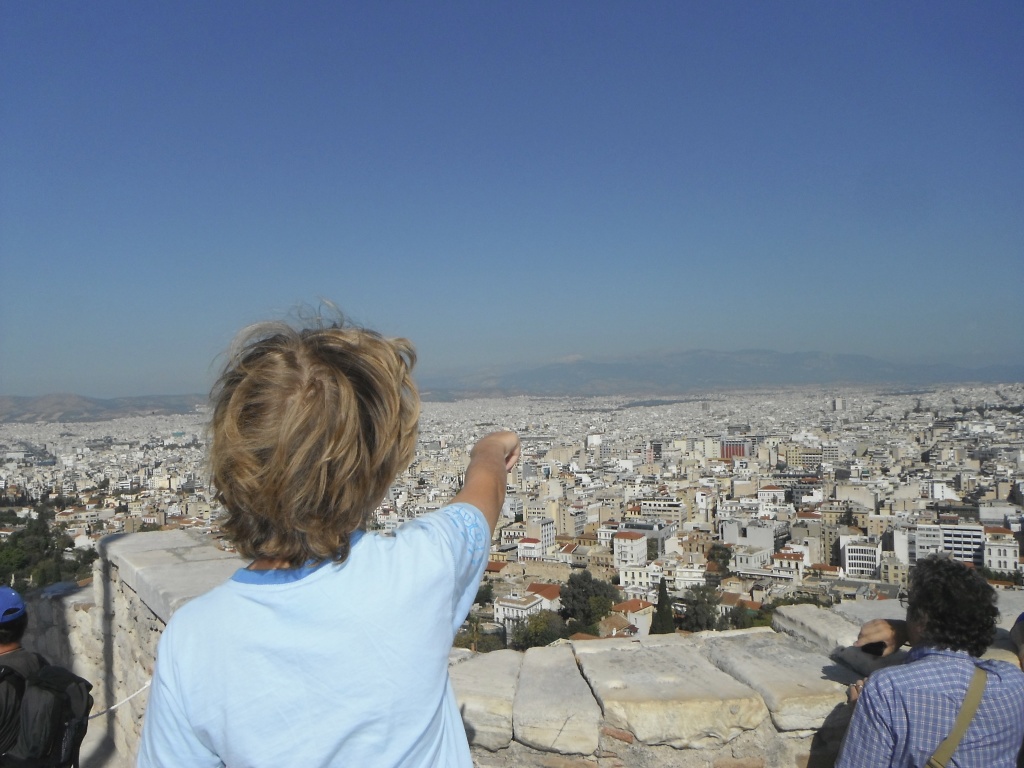 Exploramum and Explorason – incredible view from the Acropolis Athens

We learn a bit today about the destruction.  Parthenon was kept as it was until 1687 when it was almost destroyed during a battle in Athens by the Venetians (from a bomb that came from the fleet of Admiral Morozini). The bomb had a direct strike inside the temple.  This was the place where the Turks had used it as a gunpowder store. Bam – it was destroyed.

We also are sad to learn this – The most important remains of the Parthenon freeze are today on display at the British Museum.  This is a fact for quite a few items of Greece.  Do an exchange and get them back – Explorason says! 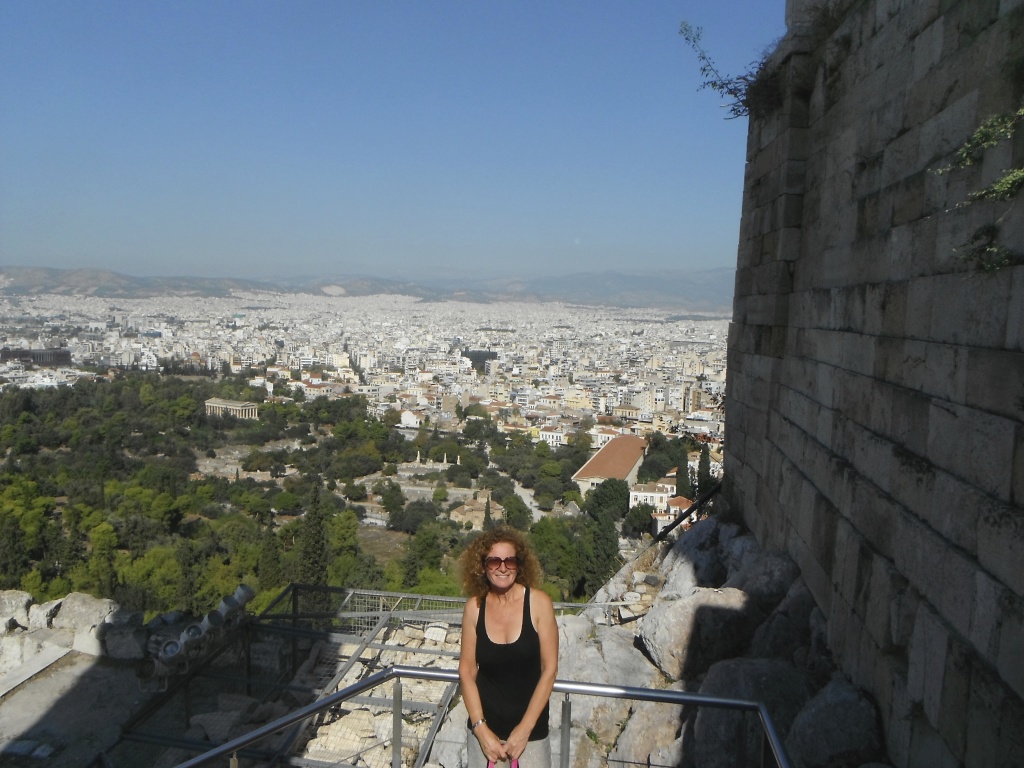 Exploramum and Explorason – having a rest as we descend Acropolis Athens

Here we watch archeologists at work.  This is interesting to Explorason, but we are told they do not like being watched at work and we move on. 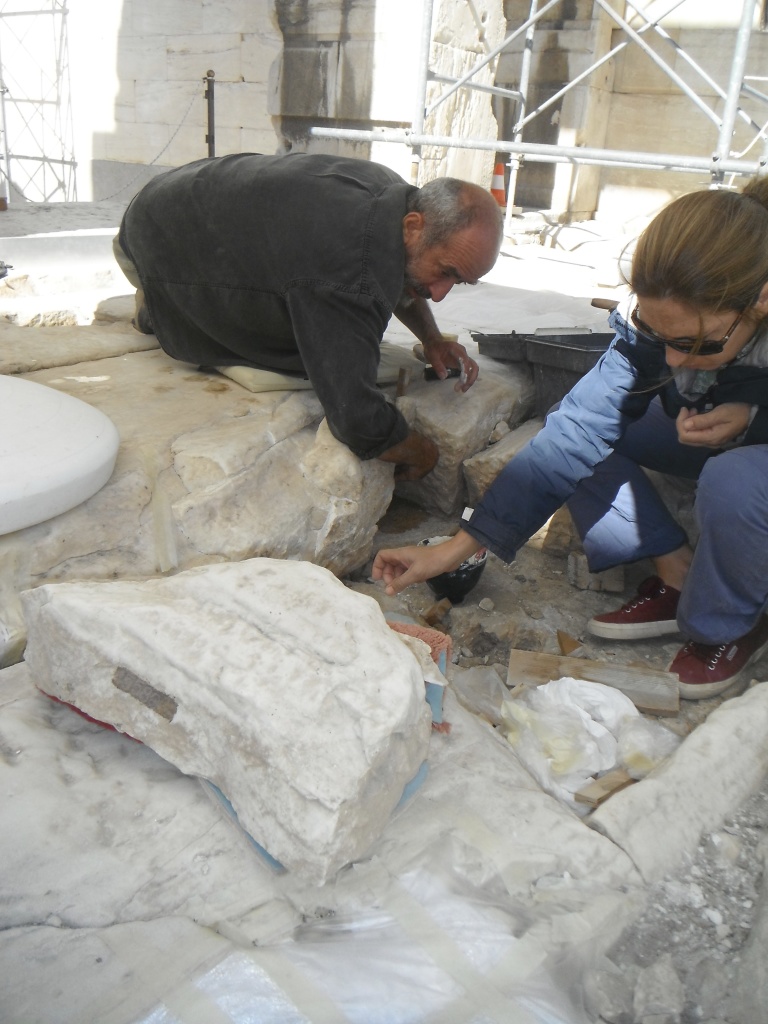 It is a hot day and we head off out of the area.  It is centrally located and we stroll back to the hotel through the markets. Time to stop for lunch – a chocolate crepe for Explorason – hardly Greek, but it makes for a happy boy.

We had so many places to explore in Athens.

We hope we get to share a few more with you.