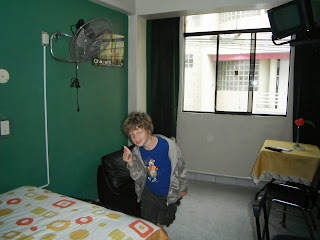 We had booked the Victoria Hostal.
It was really close to the main Plaza, and also we could walk to the bus depots and compare prices.
Not to mention there were 2 shopping plazas nearby and one had TOTTUS, my son’s favorite store!
When we arrived we were shown to a clean.

The photo’s don’t do it justice.
It has a TV, a lot of power points, a lovely window with double glazing, and an en-suite.
Double lock doors made us feel safe too.

Once unloaded, we went to reception who gave us a map and directions to the plaza. 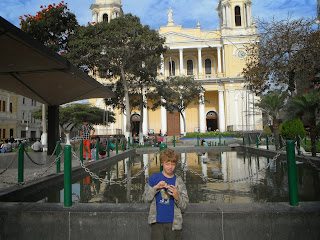 This is a pretty colonial town, and the buildings are gorgeous. For some reason, everyone sells you cheap passport photos here. Grab a set and pack away. 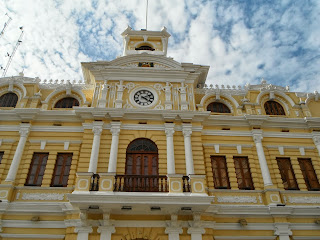 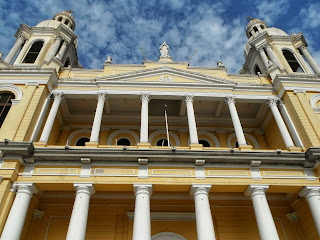 We left there and walked down to Tottus.  My son’s favorite superstore. Here they have cheap Turbo toys – his favorite right now from the Turbo movie. Regretful of not buying an extra packet now and putting a pack away for Christmas!

We headed back to the hostel. On the way, we found a bus company with a super deal to Ecuador.
Why not? We ready for a change – let’s go tomorrow!

I did a bit of reading and decided the next day we would visit a little town of Monsefu. It has a traditional market. 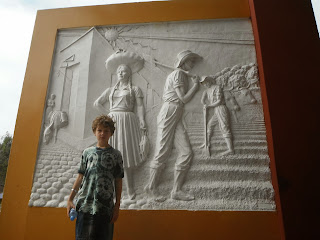 We packed the room, took a minivan and arrived at 9 a.m. – too early. A few sweet stores were there. 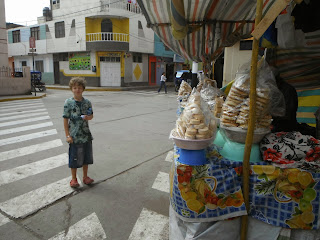 We bought a tin of chocolate toffee spread. And several clay souvenirs – that were so cheap. 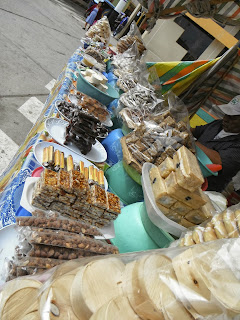 Next, we went to the produce market. Here for some reason, the women went “nuts” over my son’s “cuteness. And blondish hair. “Lindo” was said to him. He was grinned and talked to by countless senoras. 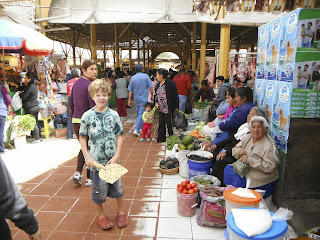 We headed back to Chiclayo in the kombi minivan. Now in this van, we struck another bunch of friendly locals. All trying any English words they knew on us.  Now it is interesting that “Chiclayo” means “friendly people”, and indeed this was true for us. 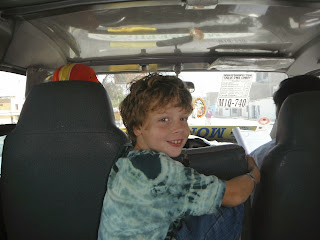 We then headed to the Chiclayo Central Markets. Here what looked like flying fish were jumping in their basin. Interestingly, we are a distance from the coast, so we wondered how they could be so alive. Explorason took this photo – he was fascinated. 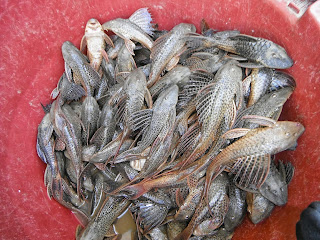 Next, I believe might be white witchcraft potions, or so I read, but I am not sure if this is true. Anyone who knows me, knows I am anti-Sharman and Witchcraft. Here are snakes and turtles cut with potions in. 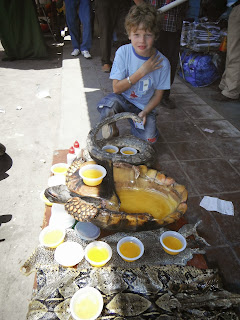 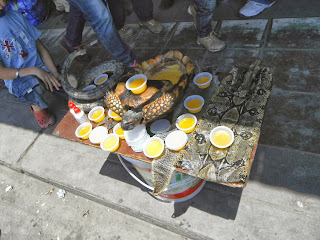 We then headed to another mall. The giant Turbo sign was pretty exciting for my mad-keen Explorason. We headed in and had lunch. We used up most of our coins except a taxi fare for us to get to the bus depot. 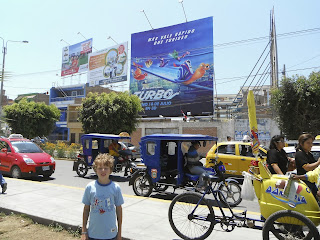 We headed back to Victoria Hostal. Now, this is where I am impressed. They had stored our Luggage. My suitcase had already been broken earlier in the trip, but the handle then snaps off. The owner and his team have it open and it is fixed by him. This took some doing, and I was really thankful.

They then let us use the kitchen to cook up our dinner. We had been missing vegetables in our diet, so the last week we had been cooking a stack of green vegetables. I made a nice Italian puree, and we had stuffed potatoes, along with them. It was a feast.

When we went to head off and get a taxi, the hospitality of this hostel yet again shone. The owner loaded our bags into the tray of his utility wagon and took us there.

He made sure my son watched the bags as we unloaded, and stayed safe. He helped us in.
I am amazed at his kindness, and so thankful.

As we went to book our bags in, we came face to face with a hacked up pig in a bowl. That was going to be joining our luggage under the bus – yuk! 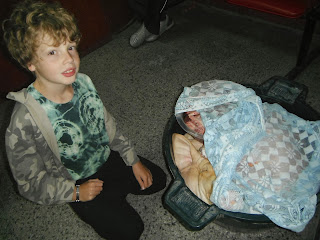 We found the bus had no warning to go. We had arrived early, and say and waited, but suddenly we discovered the ticket selling lady finding us to rush on.

This was an overnight but to Cuenca, Ecuador. What amazed me when we stopped at the border was that under the bus in the luggage compartment, was a mattress and one of the drivers and his girlfriend having a nice time! The border of Ecuador and Peru is an easy border crossing.

The offices are together, and it is new. Last time we were there they pulled our bags out and made us open them, so I was dreading this. Nothing this time – well so I thought.

Outside I went as they pulled them apart.

He stopped when he discovered we loved Peru, and we were from Australia. He then started a friendly chat and helped me reload them.
Unfortunately, the bus driver refused to turn his music down. Now at times, I like some South American music, but at 4 a.m., I’m sorry I don’t. Some people got off the bus, and as the driver went to get their bags, I jumped in the front and turned the stereo down.  But still no sleep.

Being at the front of the bus, I could read the road signs and the speedo. He was at one stage doing 90 Kmph in a 25 Kmph zone.  I seriously thought the bus would flip.

There was a ravine to the right of the bus and a river below. I have never prayed so hard. The door to the driver was locked and he was being a maniac. It was just crazy.

I ended up having a plastic bag open to throw up in and was glad my son slept through it all. God answered my prayers. He slowed. Stopped. Got out and went to a statue and did his sign of the cross and popped in some money.  Was that meant to protect us?  What a joke.  I was so unimpressed.
We finally arrived in Cuenca at 8:30 a.m. We were meant to have arrived at 7:00 a.m.
The taxi driver dropped my suitcase as he pulled it out of the trunk/boot. Boom. The wheels went in two directions. It was already about had it.  Its wheeling days were well and truly over. The man at the hostel flung it on his shoulder like he as carrying a toddler, and up the stairs, he went like it was no big deal. Wow was I thankful?