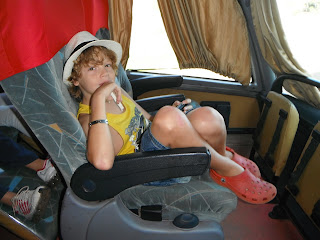 After a great breakfast and lovely service (for all of $27 US for both of us)
at the Victoria Hotel in Ciudad del Este,
We have an early start to get the bus to Asuncion.
We arrive and order front tickets upstairs.
We love these seats!
But as soon as the bus pulls out, the Nazi-like co-ordinator demands we move two rows back.
This sends my son to tears.
But we later discover we had not been issued front seats as we asked.

We soon are out in the country-side.
Orange-red earth and a variety of style of housing zoom past the window. 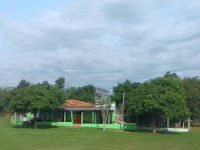 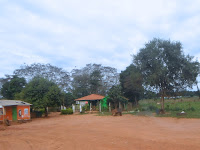 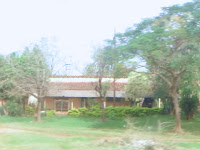 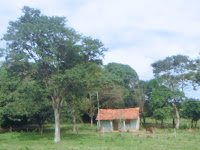 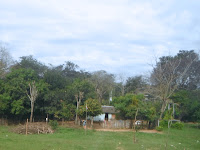 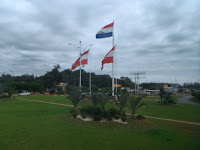 We notice most people on the bus have their flask of mate tea – also known as Tereré http://en.wikipedia.org/wiki/Tereré 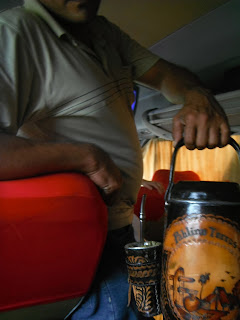 Soon the bus is going slowly – very slowly. I head up the front to see that the delay is a truck with horses on it. It is going to a festival.  In fact, later we pass the festival, and everyone is dressed up. I want to just hop off the bus then and there.
I am pretty happy that we are back in a land where there is some traditional culture.
Where we had been in Brazil was pretty well bereft of culture (unless you can class as a culture the drinking of beer at 9 a.m. in the plastic chaired bars that are all over the place). 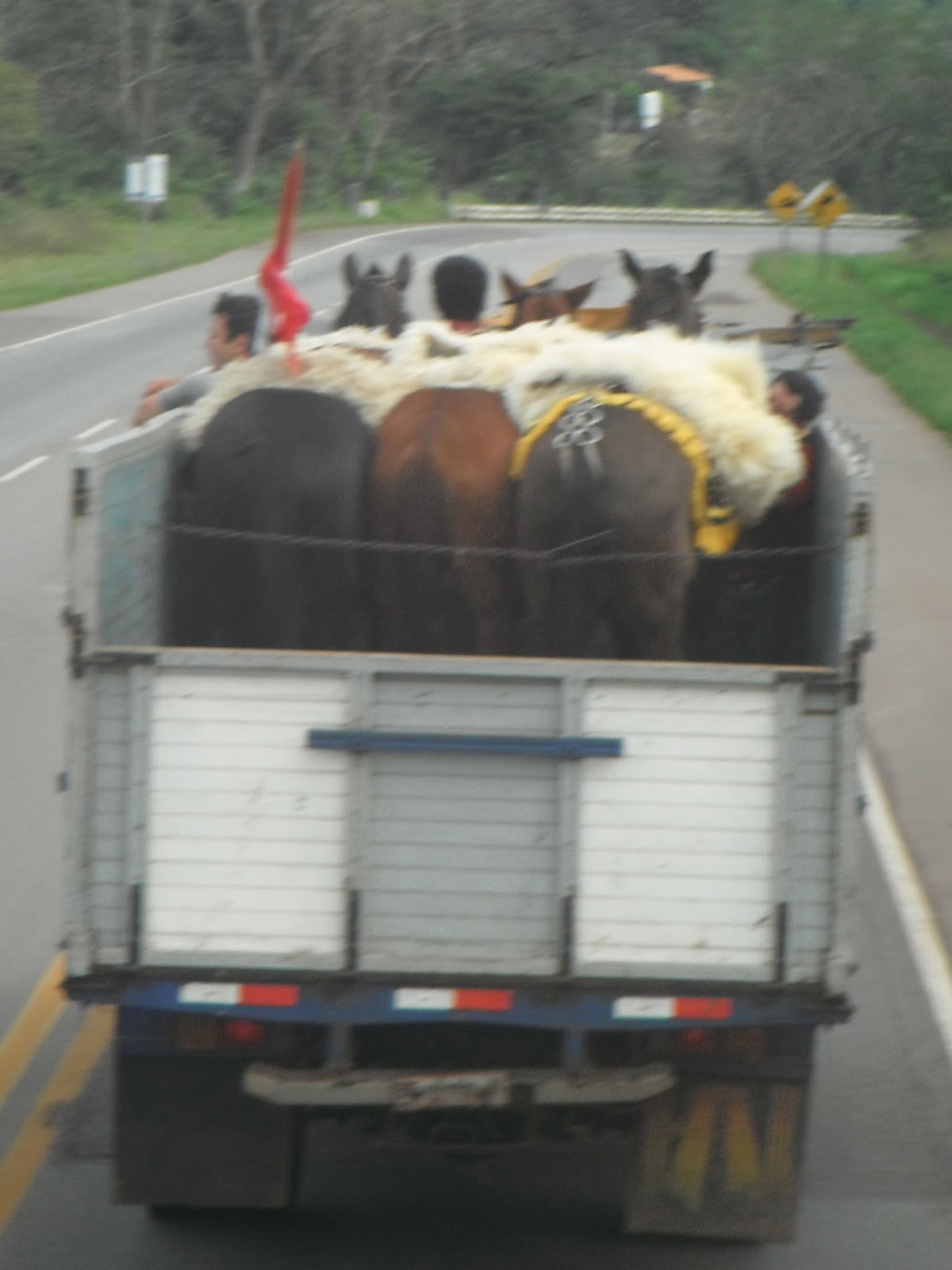 It felt like we were back in traditional parts of South America again.
Ladies came on with drinks and snacks onto the bus. 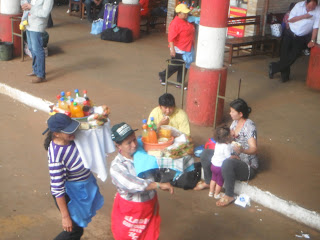 Then a rather plump lady came on the bus dressed like a 1950’s waitress. 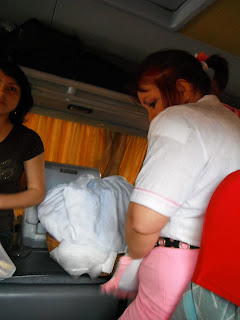 She was carrying “chipá”. It was warm and wrapped in 2 crochet edge clothes.
The original name is from Guarani chipa (Guaraní pronunciation: [tʃiˈpa]).

We bought some.
It is made from corn and has a cheese taste to it.

It is shaped like a bagel, but it tasted a bit like a course cheese scone and would have been excellent when hot with some butter. 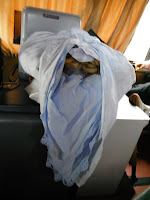 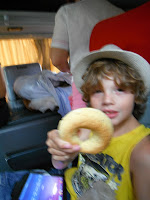 Then the worst possible thing happens.
I go to the downstairs toilet and as I start to use it the bus takes off.
Then the toilet overflows from the base – like a wave of brown water!
I am wearing flip-flops (“thongs” to Australians), and I make a mighty ‘jump’ onto the top of the toilet pan.
I manage to just miss the wave of water as it then splashes around the floor (which is like a sink and contains it to that floor area, but I am then stuck perched on the top of a toilet with the bus throwing me in all directions.  For some reason, there is a handle right up high so I hang onto this.  Now, this is no easy feat. I have half-mast jeans to try and pull up.  And I have to get off and unlock the door and not tread in the sludge below – which by now is freaking me out.  I am dead scared I will lose my position when pulling up my jeans and land in it sideways.
I finally managed to get my jeans done up – to this day that was an amazing accomplishment considering it was done one-handed.  And also I had a waist money body belt to tuck in!
I then lurch toward the door – still holding the handle, and I dangle myself over the sewer water to try to get the door open.
I fling the door open, and take a mighty leap across the water and fly out.  Straight into a man who looks at me with wonder – as if I have just emerged doing a scene from a ballet!
I head upstairs and my son says he needs to go. Oh no.  I warn him of the disgusting situation and he says he will wet himself if he doesn’t. So I then lift him from the door, onto the sink and he stands on the toilet – which s OK for an 8-year-old.
We finally arrive – a 4-hour bus ride took over 7 hours.
We get another very average deal in changing money and grab a taxi.
We are looking forward to a treat I have organized in Asuncion.
Questions and Comments