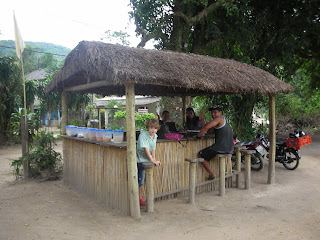 This Sunday started out with a sleep – in. We are moving on tomorrow and so we wanted to enjoy the day. We were able to buy some locally made indigenous weapons along the way since my son decided to have a collection of such items. 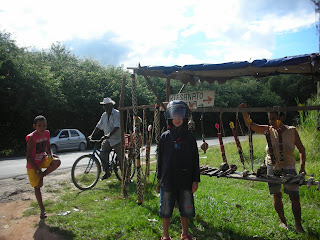 We then visited a waterfall in the area-Espraiado. This was an impromptu trip and I thought it was wise visiting the waterfall since I had read about it a while back. My son opted for a footbridge after we discovered that it could only be accessed from our end by crossing a large pool of water.

I have to admit that we had a great time at the falls regardless of the fact that a local kid decided to get me wet just as I told my son that I didn’t want to get wet. 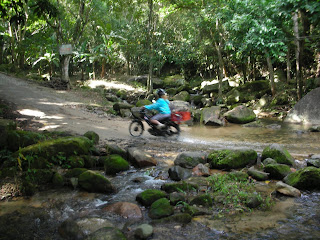 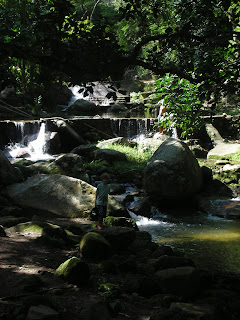 At some point, I decided to rest on a rock before proceeding with our adventure. there was no signpost in the area and so we never realized that the main waterfall was actually up the tracks.

My boy bolted as he saw a bull being walked down the track. I would say that this was the funniest part of our day. 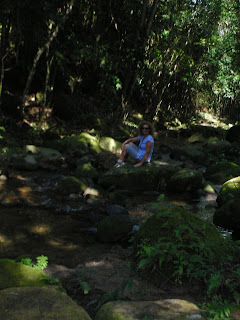 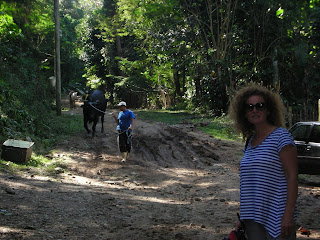 He then grabbed one of his “weapons” and decided to walk back as I rode our motorbike. The motorbike was only 50 cc and so there is no need for panic.

We then enjoyed watching a poor old car struggle to make it up the track. After 15 minutes, it’s exhaust was filled with water. In the end, the driver made it up safely. I am happy he did. 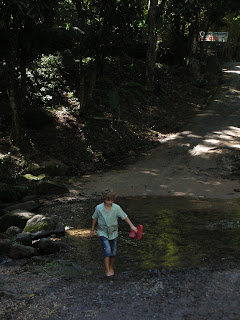 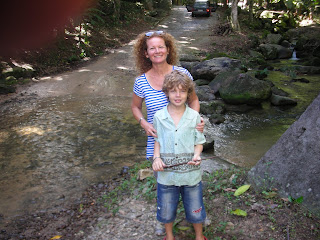 We enjoyed the local area a lot. Quite tropical – and many bananas and palms growing. Most of the road was made of cobblestone.

My son really wants to ride the bike though I insist that he cannot. However, he has learned the basics. At least he knows when it is in neutral among many other things. 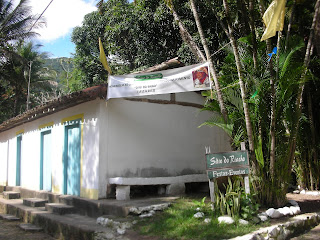 We actually knew one guy through Pastor Oscar at the Marica church who we had spent time with. So we talked through google translate and made new friends. You might want to stop here if you travel along this road. They are just the loveliest people. Opposite this place is a cute church and bar.

Next stop was for ‘acai’ – I think that is how it is called. It is like a frozen deep purple gelati. My son enjoyed adding chocolate topping to his. 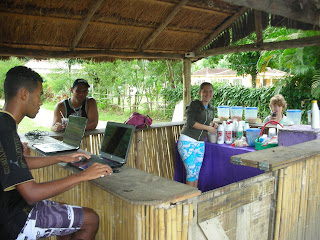 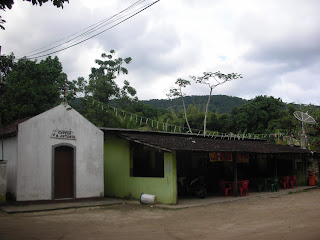 Along the way, we spotted a guy who seemed too drunk to walk. Sadly in Brazil, there are so many drunkards. That is why you will find someone already drunk as early as 9 a.m. 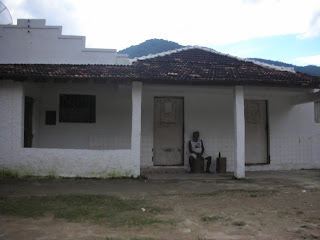 The countryside was so rich and divine. It was simply the paradise that every traveler longs for. 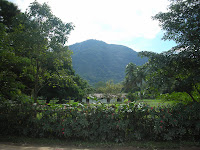 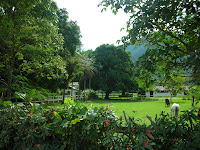 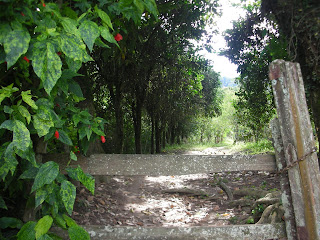 Then we spotted a Billie Goat Gruff. This got my boy very excited. To him, it was definitely a winner. We finished off at an English speaking friend’s home to get some travel advice. His dog had just had puppies 2 days ago. We really enjoyed the day. 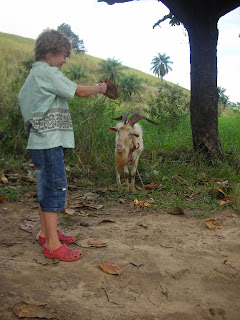 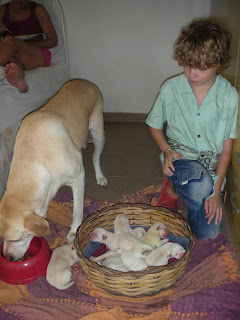