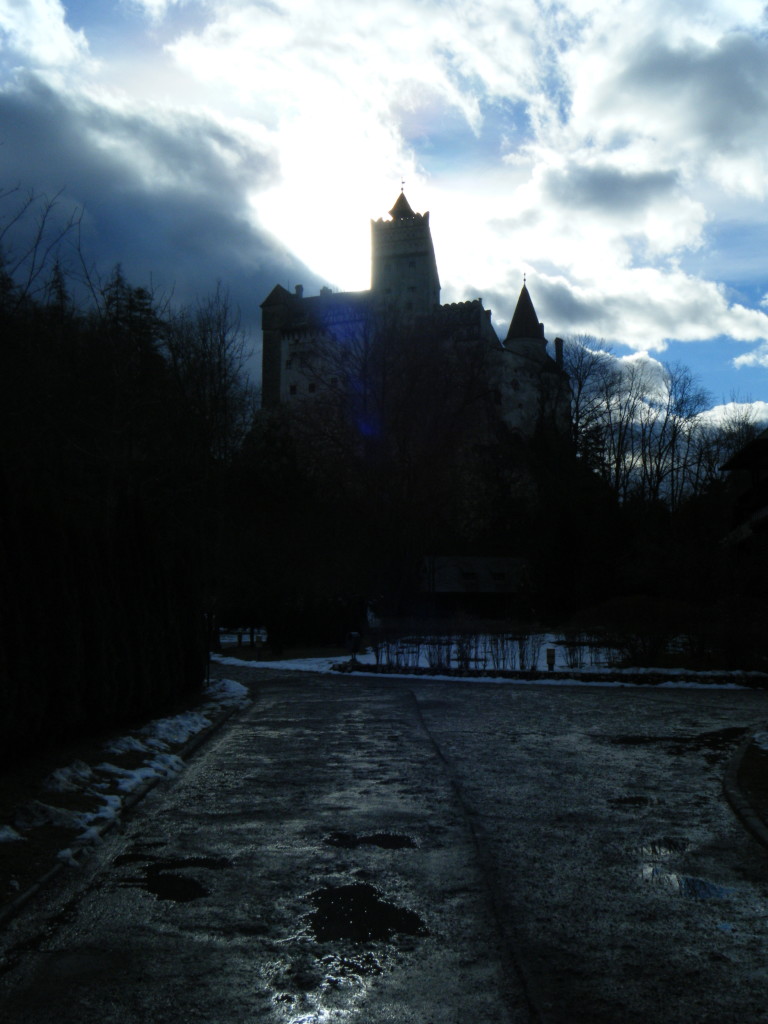 Exploramum and Explorason – Bran Castle – up for sale

It is a cold crisp winter’s afternoon when we visit Bran Castle. The pond below is frozen in a crisp sheet of ice.

As we wander up the hill, we hear this castle is for sale.  Want to buy a Castle for 80 million dollars? 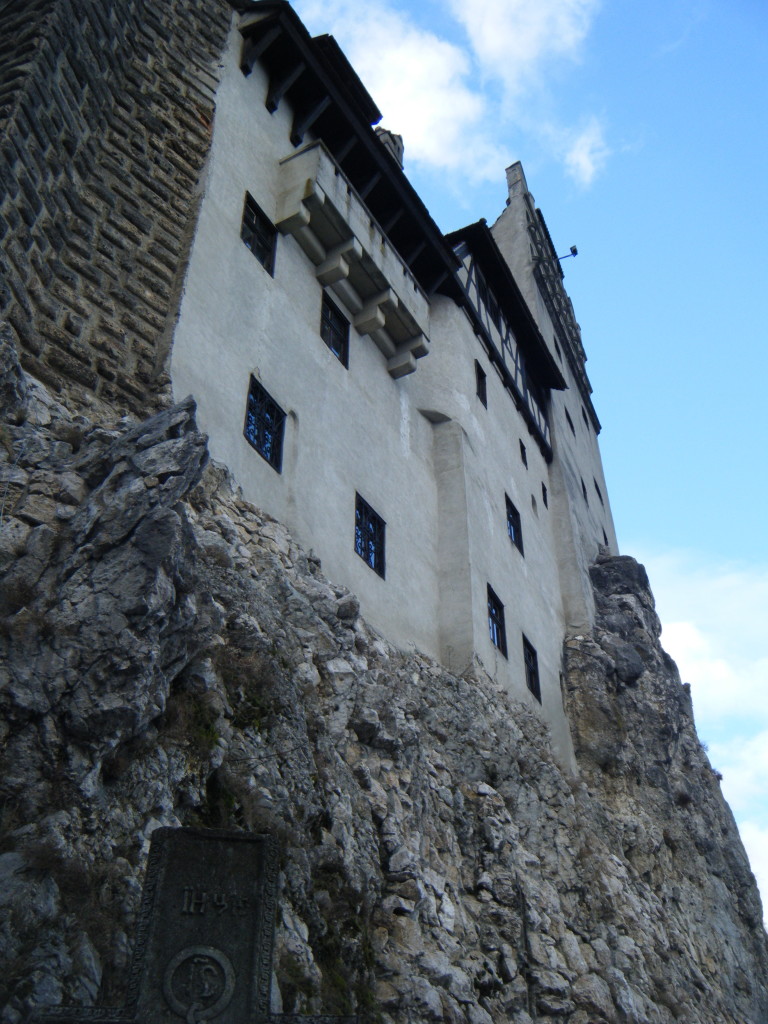 Exploramum and Explorason – Bran Castle – perched on a rock

This looming castle is a legend, said to be Dracula’s Castle, but I will unfold the truth about this as far as I can delve into the mystery and intrigue that is.

“Dracula is a Transylvanian Count with a castle located high above a valley, that is perched precariously on a rocky hillside in Transylvania”.  In fact, if it were not for this story, many would not know Transylvania even existed, so in some ways, the story draws people to this region.  But in truth, Count Dracula is a fictitious character invented in the mind of Bram Stoker.

Count Dracula character is often confused with Vlad Tepes (Vlad the Impaler), AKA Vlad Dracul, who actually was a Wallachian prince with a castle. That castle is now in ruins and is located in Wallachia area. Bran Castle, however, is the only castle in all of Transylvania that actually fits Bram Stoker’s description of his invented Dracula’s Castle, and so now it is known throughout the world as ‘Dracula’s Castle’.   However, Bram Stoker never even visited Romania. Count Dracula, first appeared in the novel “Dracula”, published in England in 1897.

Count Dracula – as he is perceived today – is, therefore, a fictitious character whose name derives from Vlad Tepes, (the ruler of Wallachia from 1456-1462 and also 1476), and Vlad, for mainly political associations, was depicted by some historians as a blood-thirsty and ruthless villain.

Count Dracula is a centuries-old vampire, sorcerer, and Transylvanian nobleman, who claims to be descended from ‘Attila the Hun’. He inhabits a decaying castle (Bran Castle) in the Carpathian Mountains.

As for Vlad Tepes, he does indeed, has an association with Bran Castle. The original customs houses at which taxes were collected from merchants entering Transylvania are still at the base of Bran Castle. And so, as we enter the doors of this castle we look in vain for Dracula, or signs he once lived here.  I am told he visited and stayed the night only once. 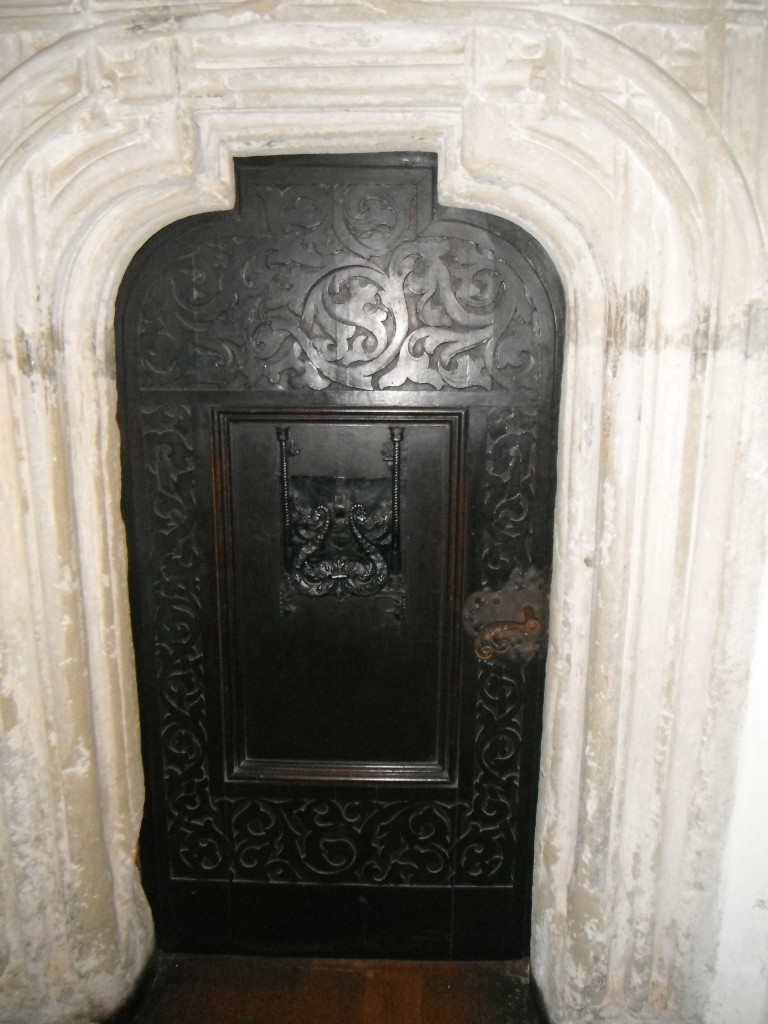 In the courtyard is a water well, where throw money into it, and make a wish. What they wish for, that I am not sure.

At the end of the courtyard there a scales and they talk about how they used to weigh their victims to see if they had an evil spirit. If you were heavy you were safe, for evil does not have weight.  This is the one-time skinny works against you. 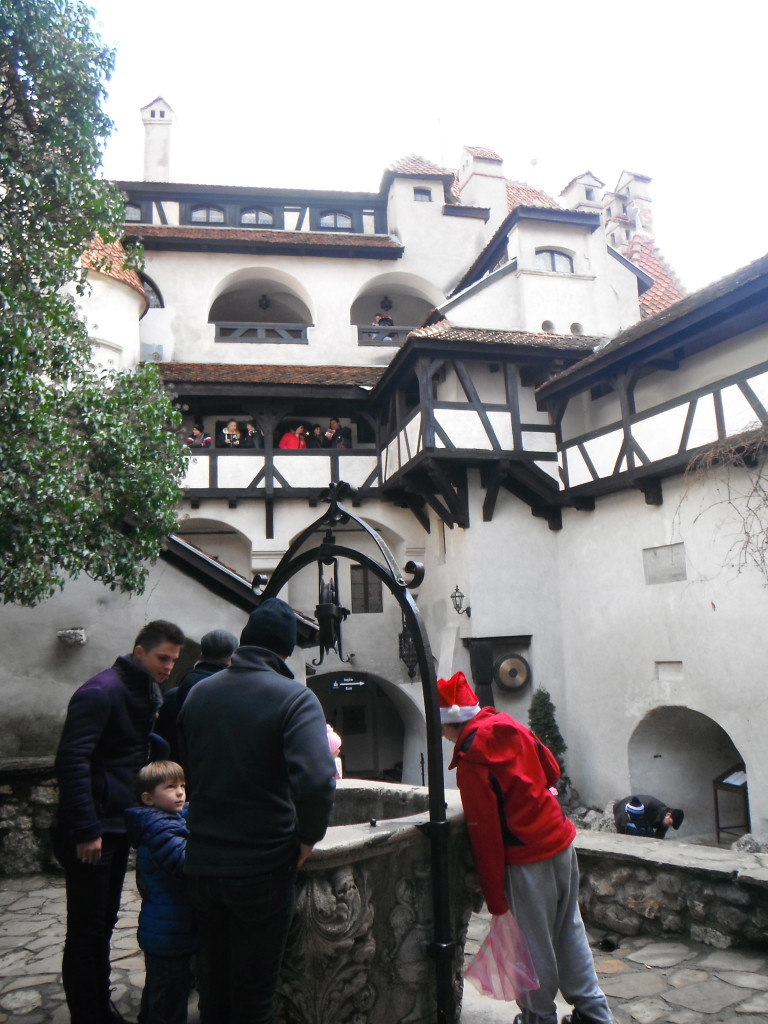 We are here with The Bender family from Travel with Bender and also the King Family from A King’s Life. Both families travel the world and blog. So we sit with the children and watch a video, and learn a bit of history about the castle. This is world-schooling – learning by seeing, touching, feeling, and hearing.  Way better than any book. 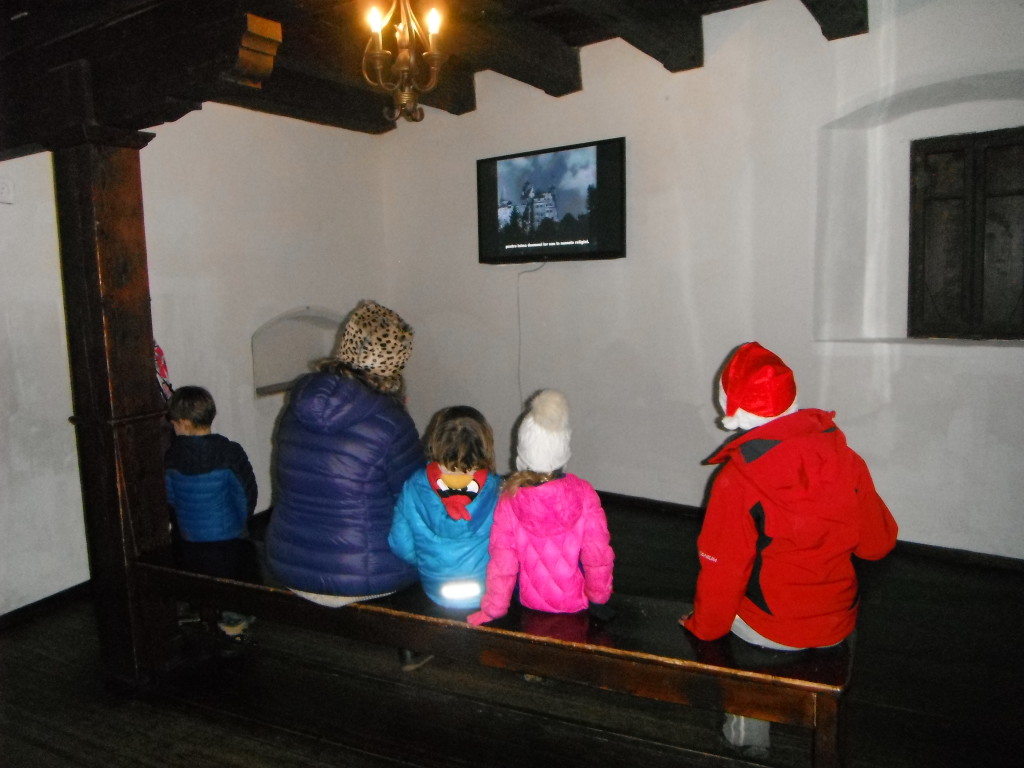 Explorason really likes the weapons on display.  He picks his favorite if he were a fighter. 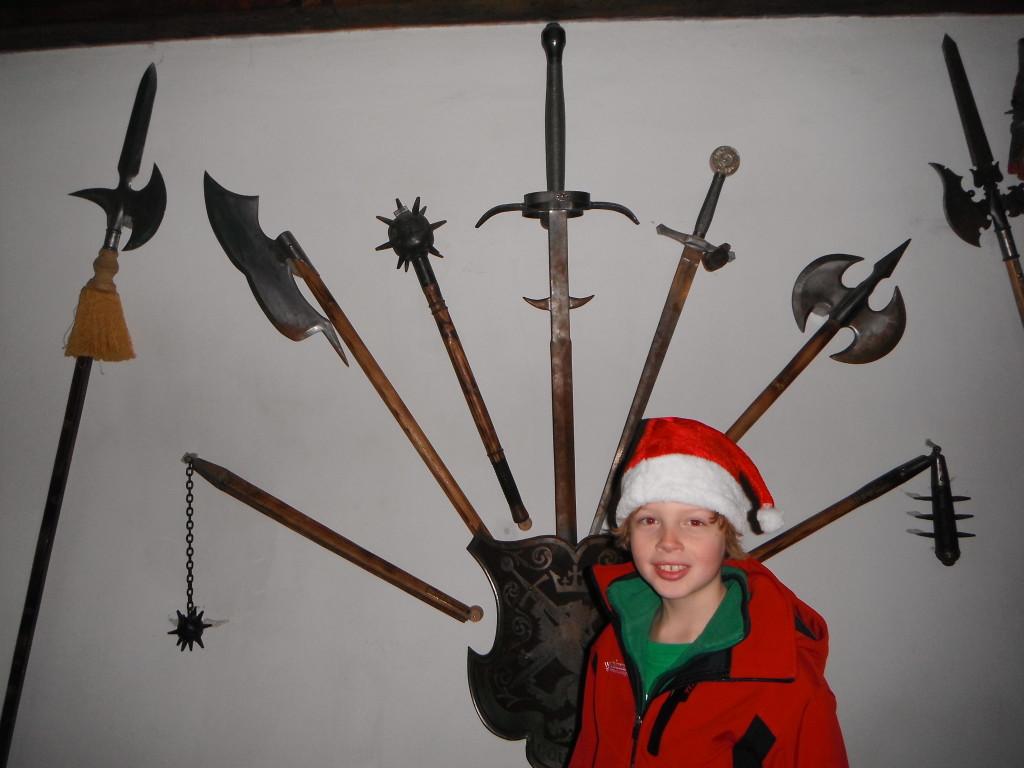 There is she pretty fine armor too. 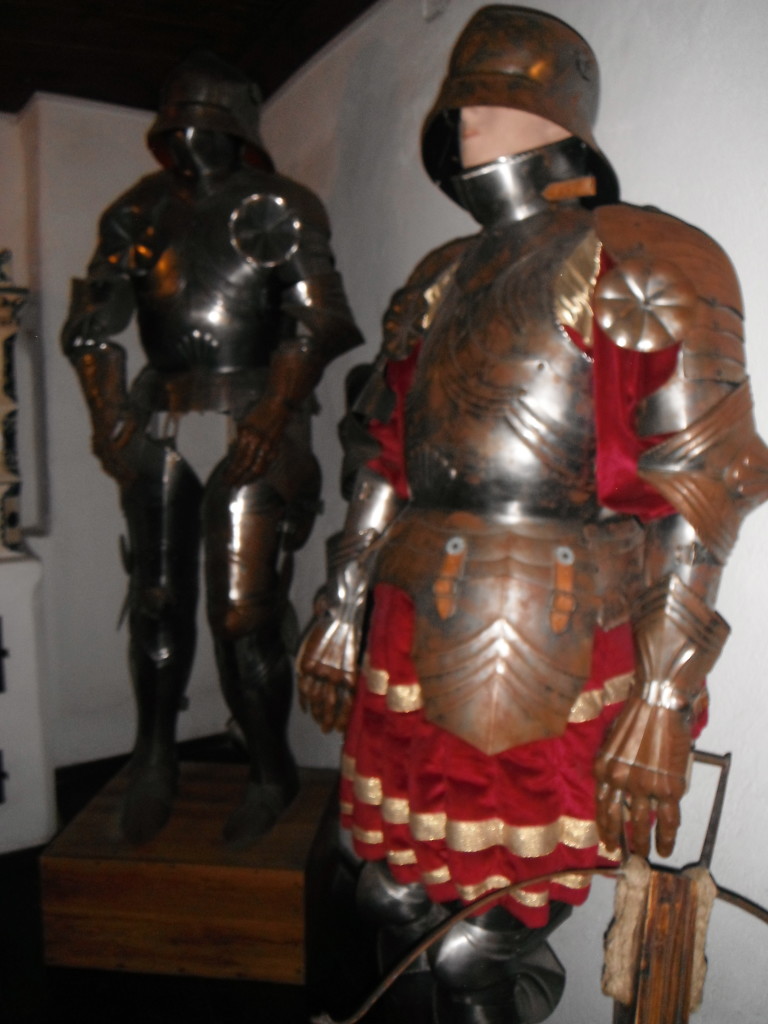 I love the detailed wood carving and the antique furniture. 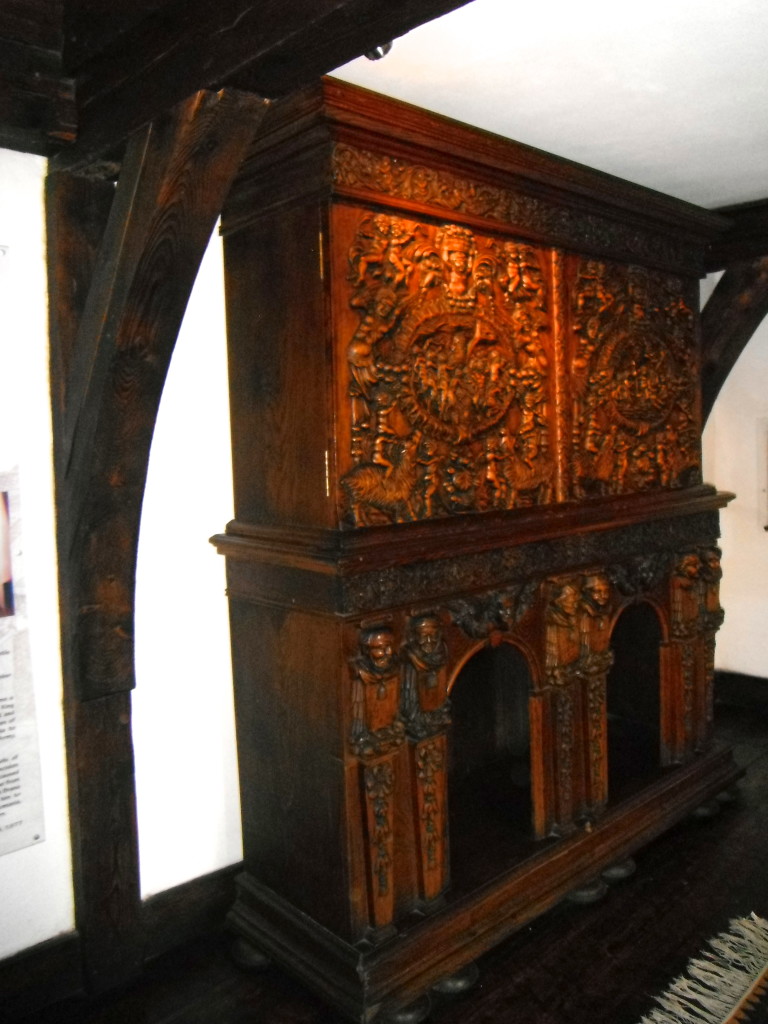 We get a pretty special view from one of the roof terraces.  Then the kids all play hide and seek in one of the little alcoves. 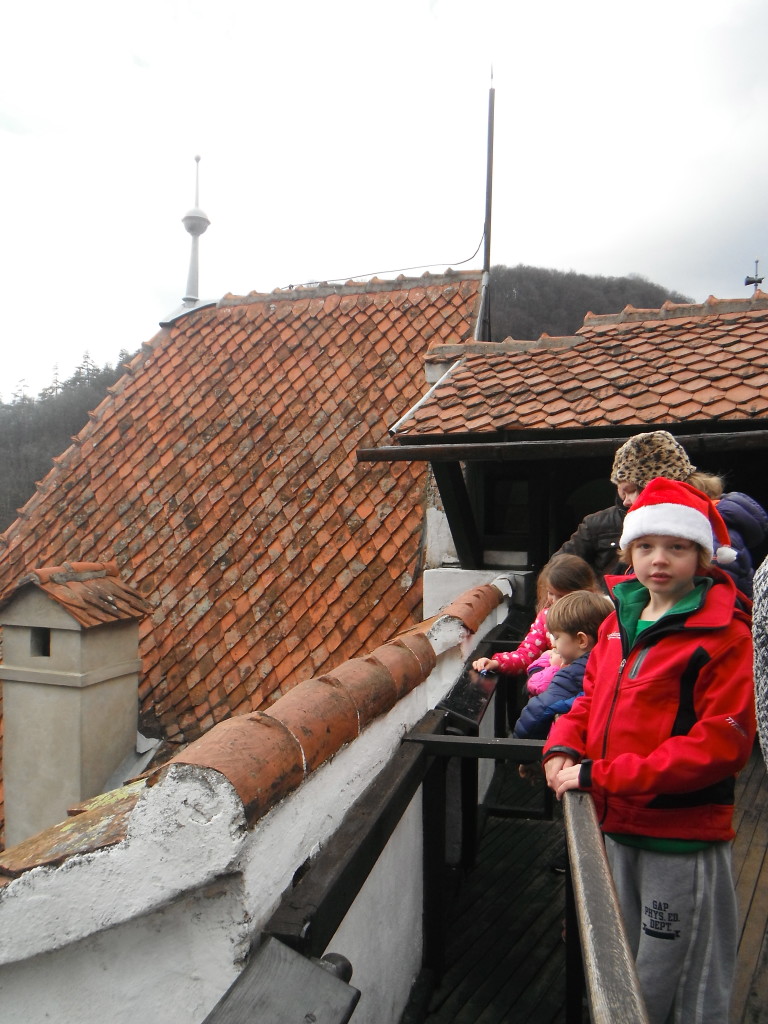 I guess you can imagine Count Dracula coming out of his castle in the dark of night and standing on this very terrace. We can imagine the story, and how it was easy to make believe bats would fly around the rooftops at night. 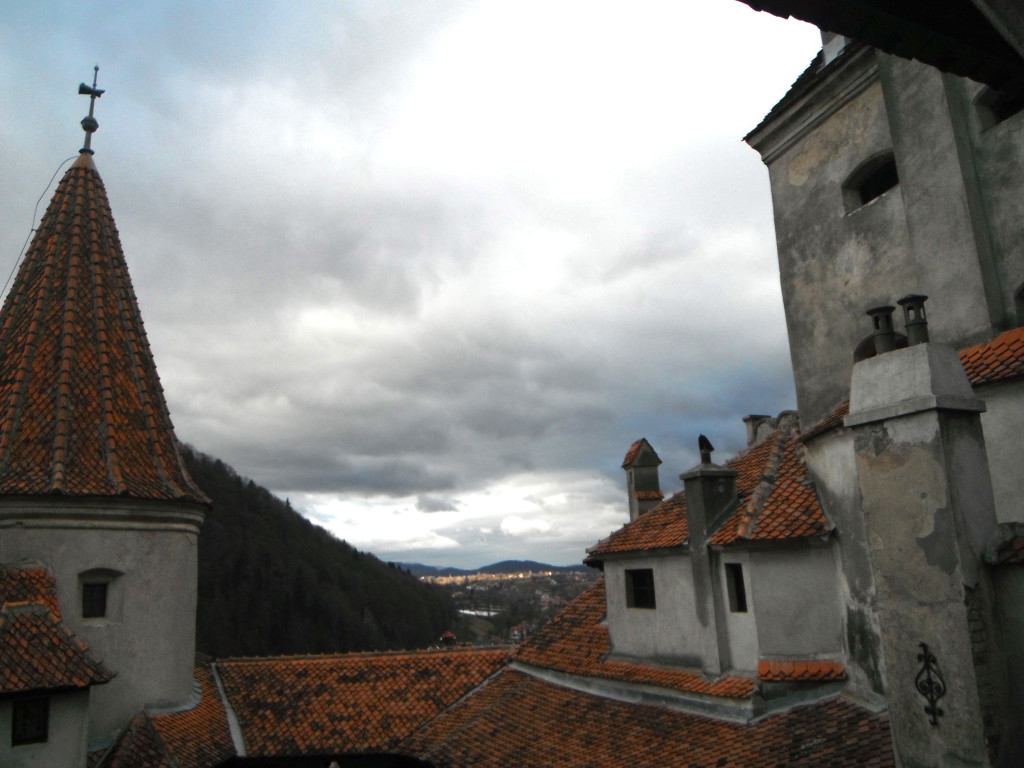 We head down the “secret staircase” – we wonder who snuck down these stairs at night.

Maybe there really was some deep dark secrets to Bran Castle.

We have just learned there is another Dracula Castle in the north of Romania – we may just have to visit it!  Stay tuned – we will let you know how we go find it.

For $80 million dollars you could buy it and find out! 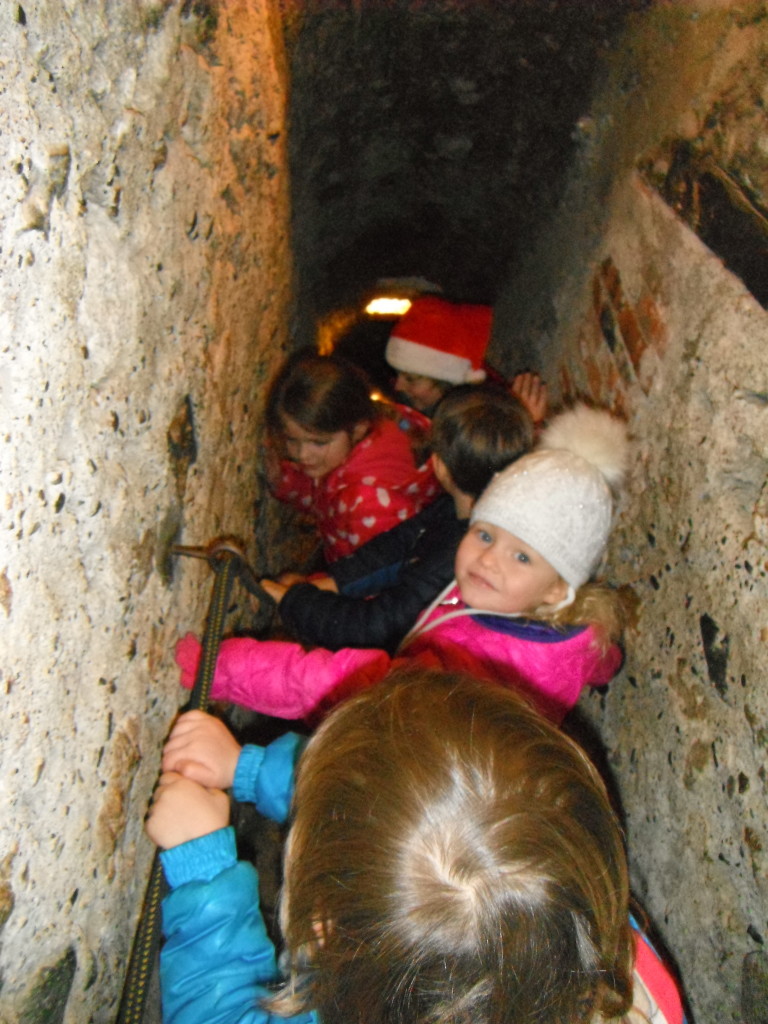