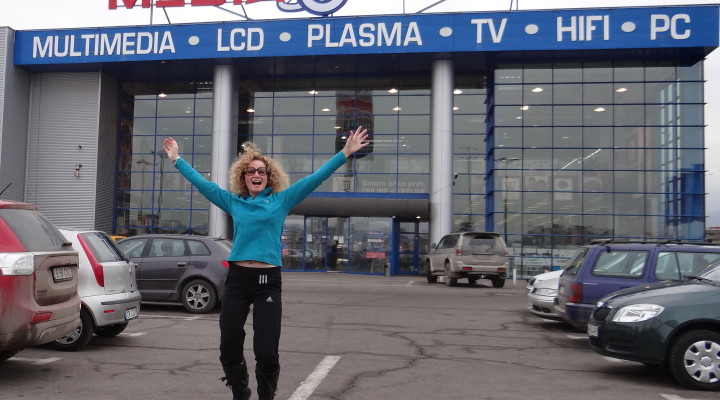 YAY – finally I get a new camera, and it is just in time for Christmas!

It is a Sony Cyber-shot DSC-HX200V Camera from Media Galaxy in Brasov, Romania. 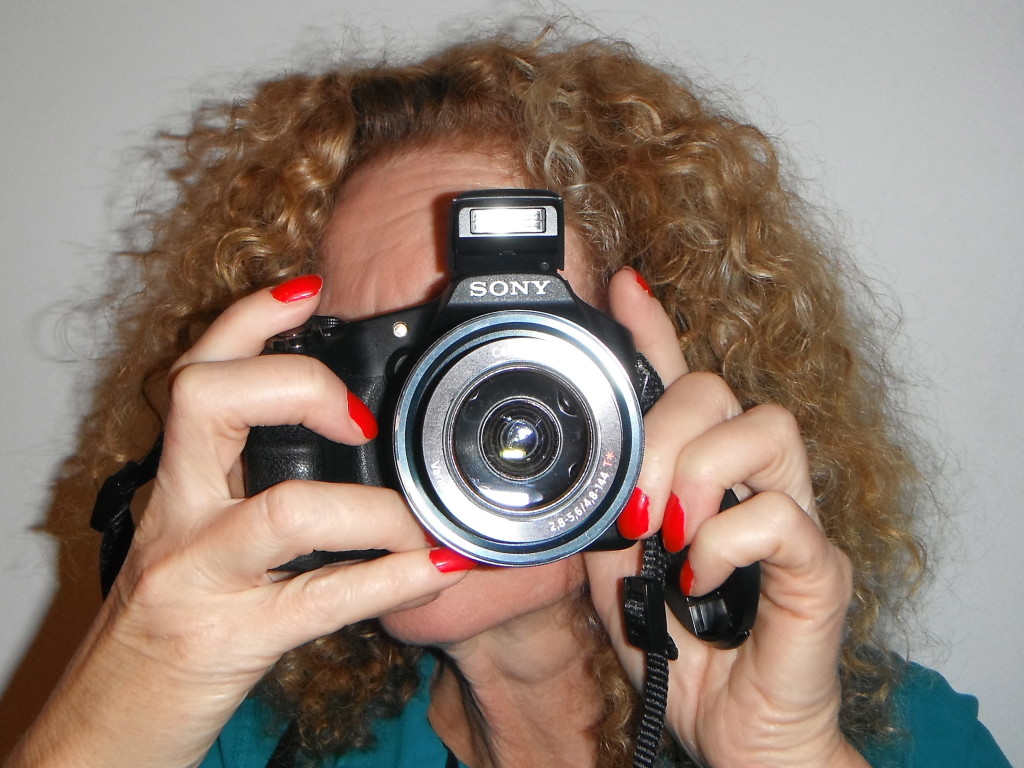 We walked into Media Galaxy and it was packed with customers. All around people were madly Christmas shopping. It seems to be the same the world over on Christmas eve – the mad rush for last minute gifts.  So we were pretty impressed when we were served by the Sony Sales Executive for that very store (who spoke English too), and who spent close to an hour with us assisting us with the best choice for us as a world-traveling duo.

He suggested the Sony Cyber-shot DSC-HX200V as a proven camera, as it has been on the market since 2012.  It is a high-end superzoom camera that does just about everything imaginable. 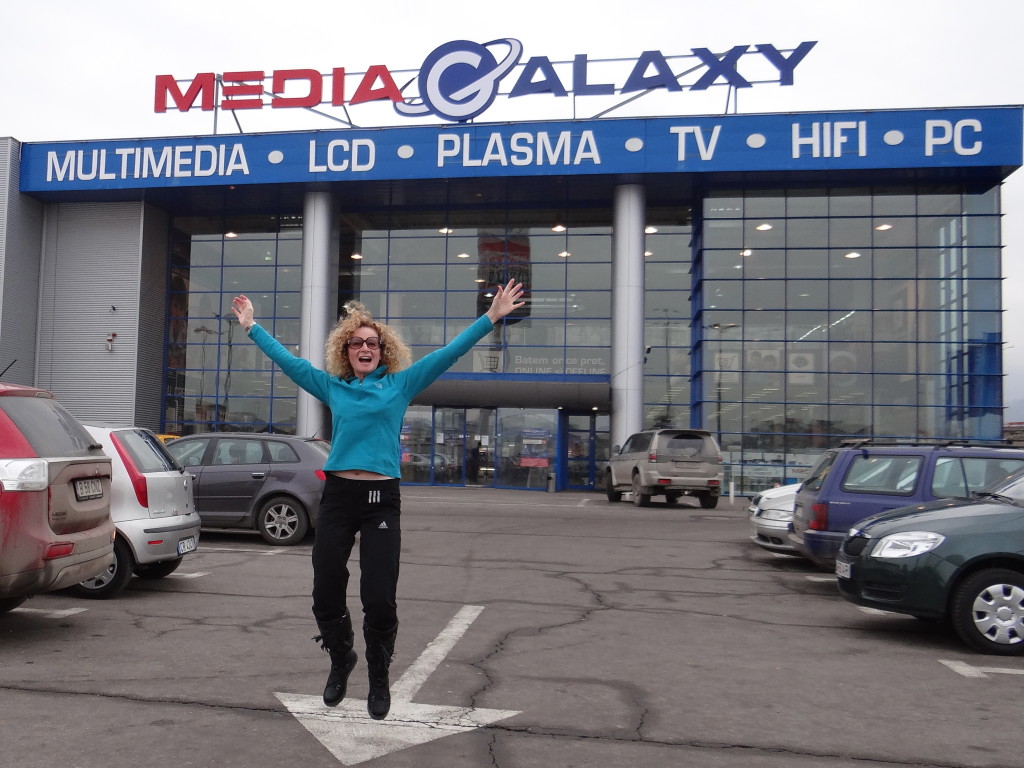 Exploramum and Explorason – Exploramum excited to get my new camera from Media Galaxy in Brasov, Romania

It has a built-in GPS, 360-degree panorama maker (which Explorason thinks is fabulous), 10 FPS burst shooting, instant HDR photos, or 1080/60p videos (another feature for Explorason who is getting into movie making), the HX200V has nearly every bell and whistle ever created. To top it off, it features the highest resolution sensor in a compact camera, as well as one of the most powerful zoom lenses (30X).

In the box we found:

The Cyber-shot HX200V has a healthy amount of built-in memory of 105MB. That holds about 20 photos at the highest quality setting, which isn’t bad for emergencies.

The HX200V supports both SD/SDHC/SDXC and Memory Stick Pro Duo cards, and we also decided on a 16GB card.

The camera uses the same NP-FH50 lithium-ion battery as many other Sony cameras. This battery holds 6.1 Wh of energy, which is pretty good for a compact camera. That is about 450 photos.

The DSC-HX200V’s battery is charged internally, using the included AC adapter. Charging is fast, and it takes just 100 minutes to fill up the NP-FH50.

Turning off GPS logging will keep battery drain to a relative minimum.

The ‘PlayMemories Home software’ is actually on the camera itself, and can be installed it by plugging the HX200V into a Windows-based PC.  In addition to importing photos from the camera, PlayMemories can also share them via e-mail, prints, and on photo/video sharing websites.

Editing tools include redeye reduction, brightness/saturation/tone curve, and sharpness. There’s also an Auto Correct function which attempts to fix things with a single click. We can view photos on a map (assuming that their location was tagged), and upload “assist data” to the camera 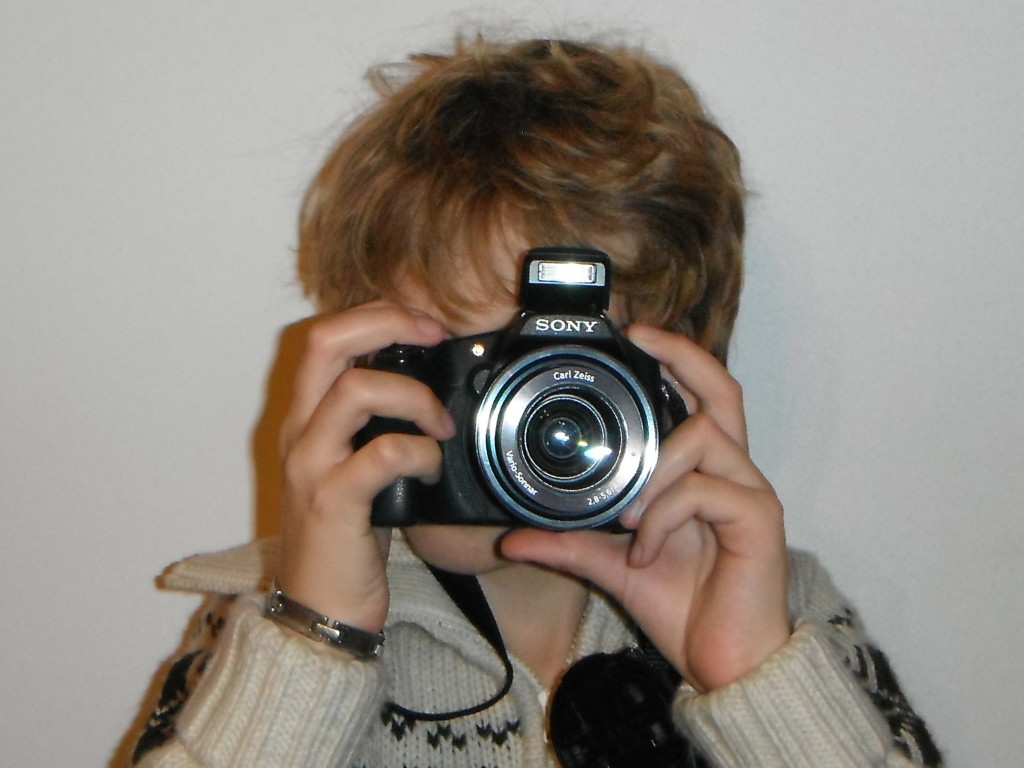 So now it is time for us to learn to use our latest ‘travel tech toy’. We found it easy enough for Explorason to hold too. It is perfect timing for a new camera as our website expands in 2015.  And it will be great to take on all our Press Trips, and Reviews, so look out for those too.

Here’s to showing you the world through our new Cyber-shot HX200V – so glad we called into Media Galaxy.

More information on this camera: http://www.sony.com.au/product/dsc-hx200v 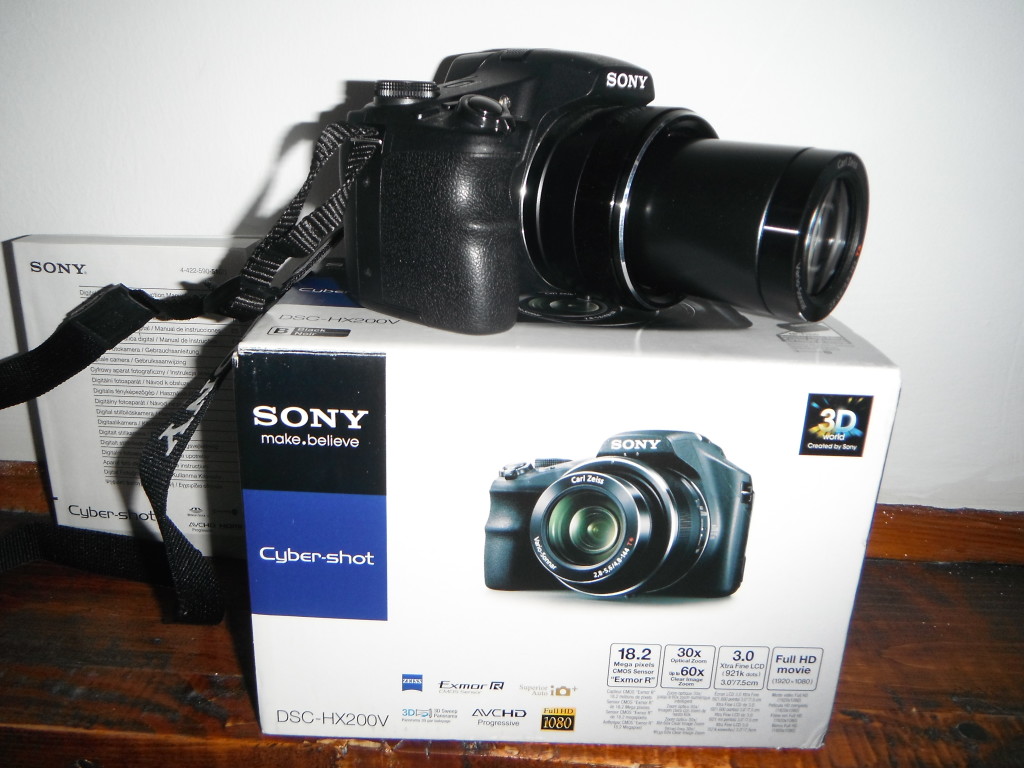 CHECK OUT THESE GREAT SPECIALS: