Tunnel of Hope and Sarajevo, Bosnia and Herzegovina

It is bucketing down with rain, and we have arrived by 9:00 a.m. at the Tunnel of Hope. 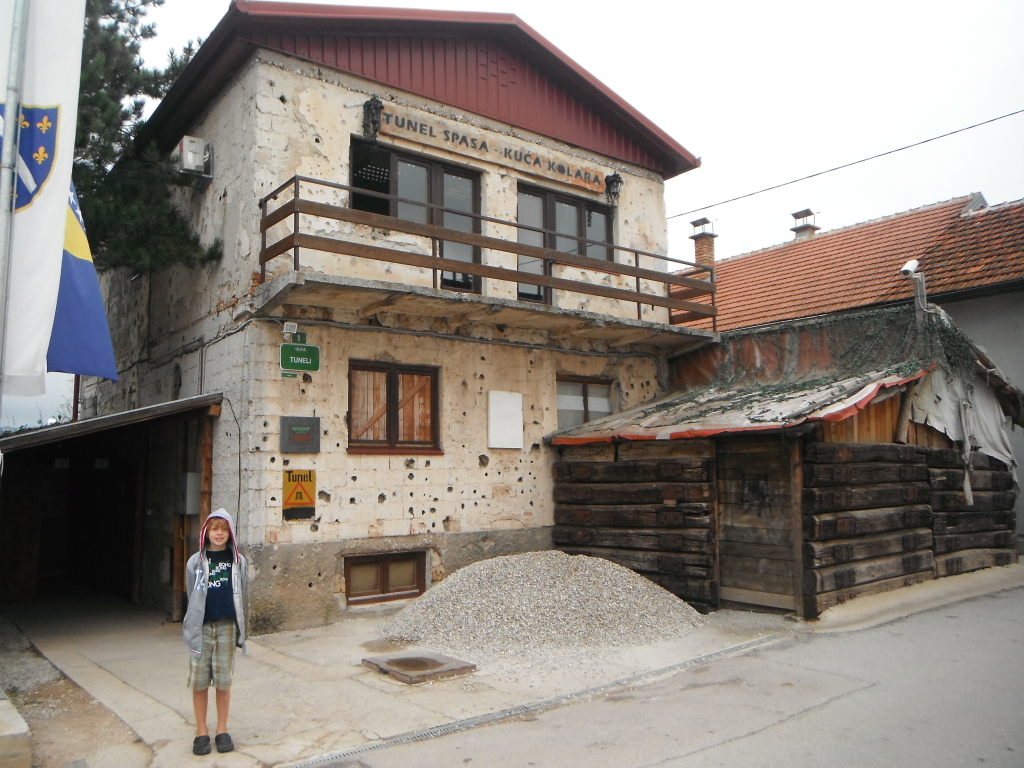 Exploramum and Explorason – Sarajevo – Tunnel of Hope outside

It isn’t the easiest place to find. Part way through the back roads the signs are nonexistent.

But we see two tour buses parked, and figure this back road, behind the airport is the place.

Then we see a sign, with definite war damage – yes this is it!  We pay our two Marks to pay (about one Euro). 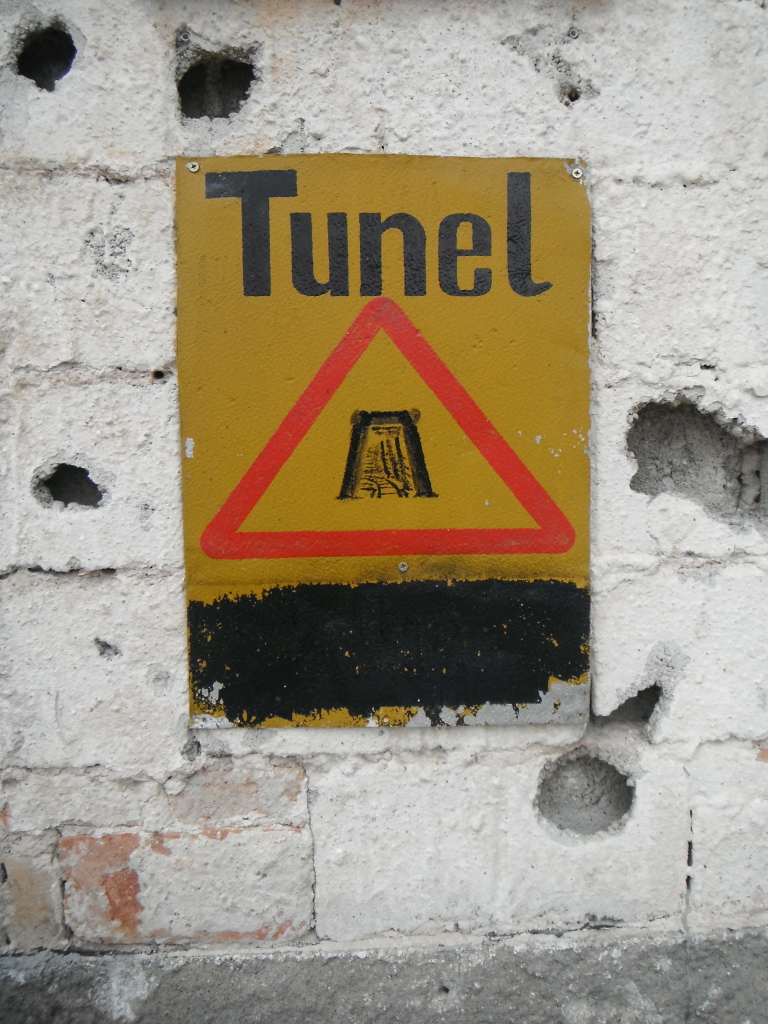 First off is a very informative and real-life movie of the tunnel.  We are fortunate there is a group there, so we listen as their guide explains about the Bosnian War from 1992 to 1995. She talks about how and where the tunnel was built.

This tunnel remains not as a tourist destination, but a place to remind people that visit of the hardship and determination of the Bosnian people.

After the film, we skip straight to the tunnel as the tour groups are in the museum.

We are glad we did. The rain really is coming down hard now. 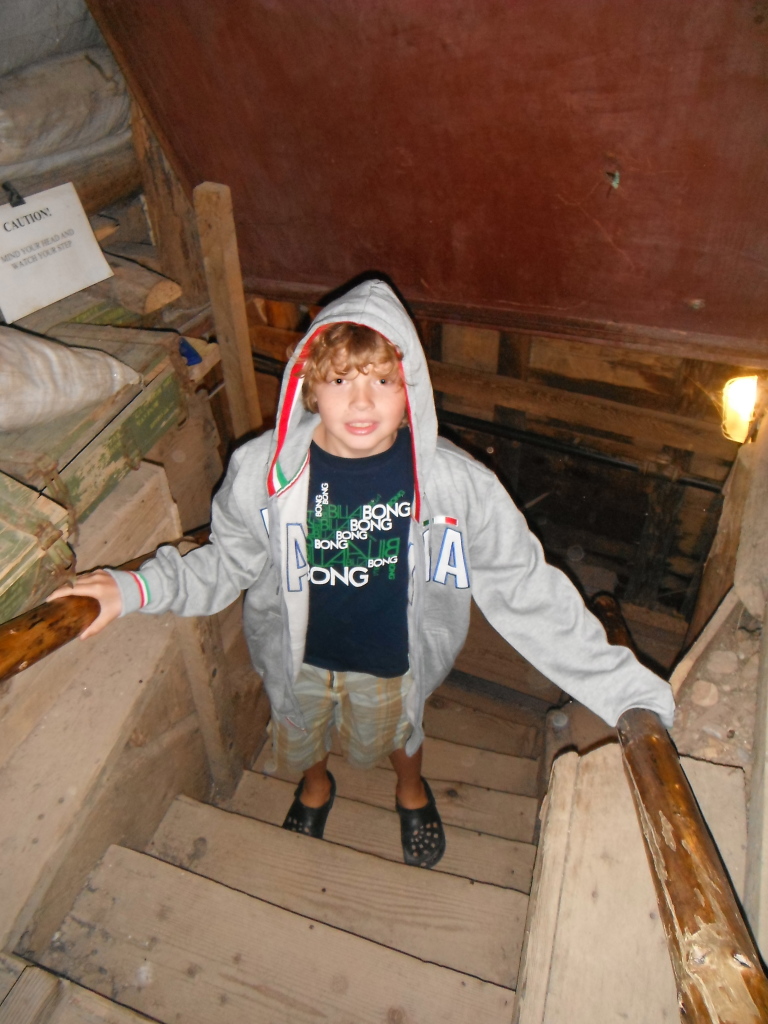 Exploramum and Explorason – Sarajevo – Going down into the Tunnel of Hope

There are Toxic Gas and Poison signs.

We see that the tunnel was lower than the height of a man, so they would have to crouch down. Men could barely walk with their loads of goods on their backs. 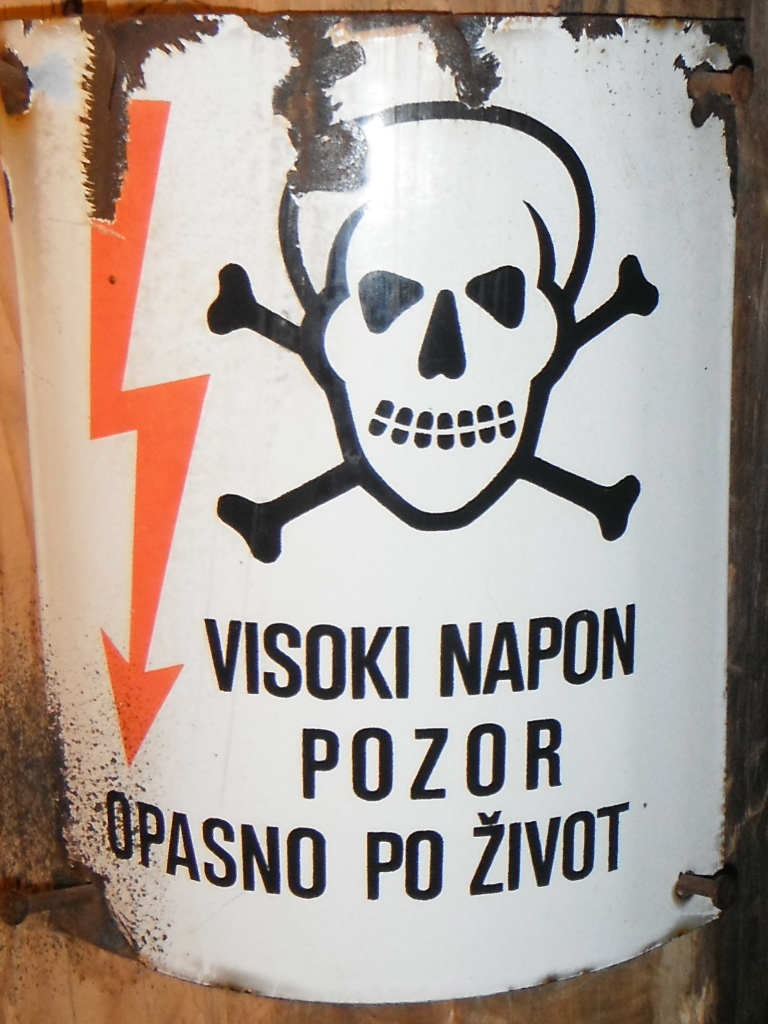 There was poor veneration, and sometimes they came out ill and fainting.

This tunnel was used to move food, people, ammunition, animals and more.  Later tracks were laid and power was able to be called in from one side.  It was often wet and drippy in here too. It would really have smelt awful. 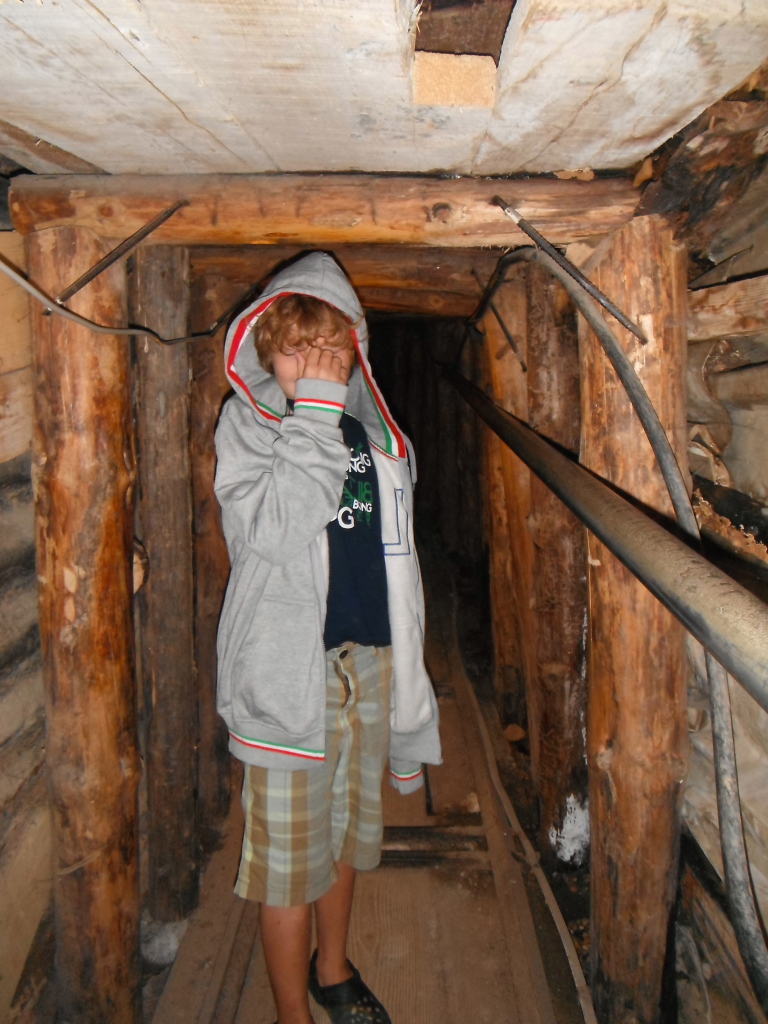 As we walk through we see where men would have walked. At the start, the army had little to no uniform, so they wore possibly one army piece of clothing, and the rest was civilization. 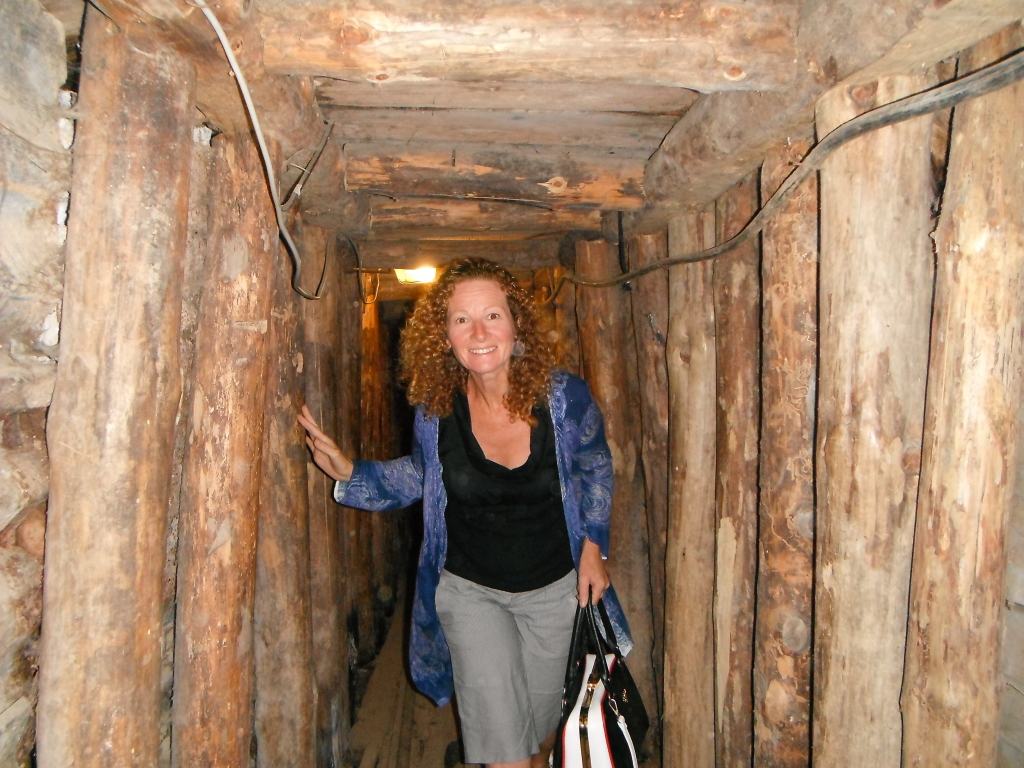 Exploramum and Explorason – Sarajevo – Walking the Tunnel of Hope

This tunnel was made inside a family home. A family gave up their home to save Bosnia. They have sniper holes everywhere. I cannot imagine what they endured. The length of the tunnel is only small. The Government took over the family running the tunnel. They need to open the tunnel the who length. People would love to walk it in entirety. 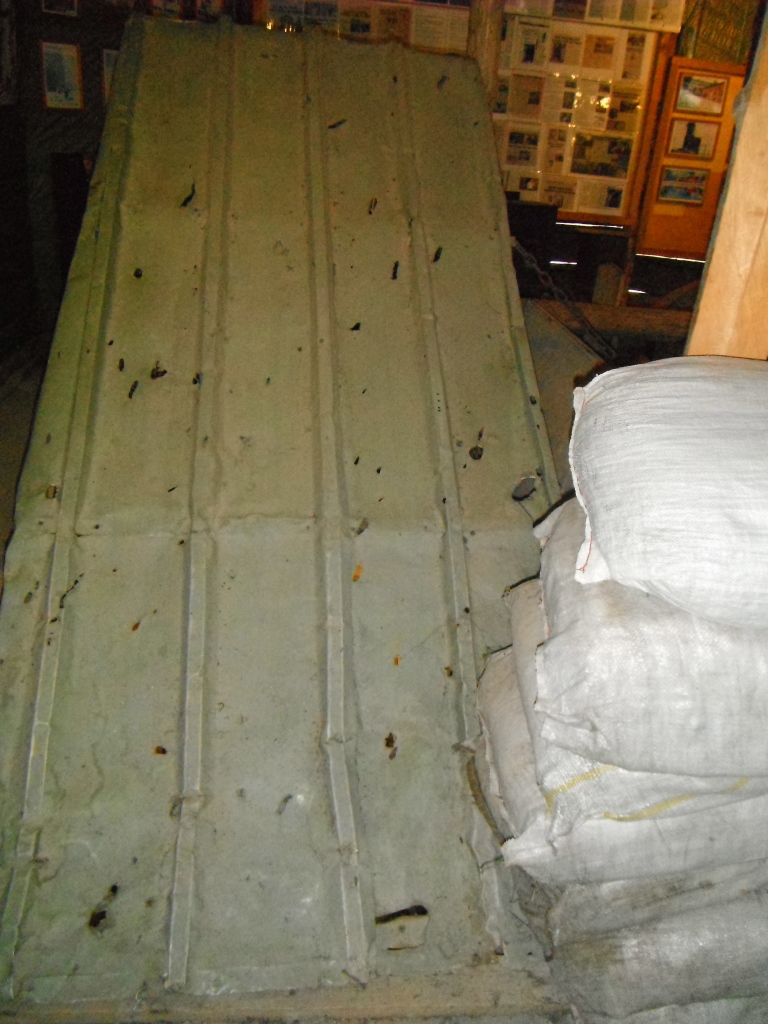 It is not a deep tunnel, and we could imagine what it would have been like when men first tried to move together through it. Eventually, they took turns. Two hours one way, and two hours the other way.  It connected Sarajevo with the rest of Bosnia and stopped the people starving.

The workers were paid one packet of cigarettes a day.  When they did it they had no pickaxes.  They managed to get within 14 inches of the other side meeting perfectly. What an achievement. 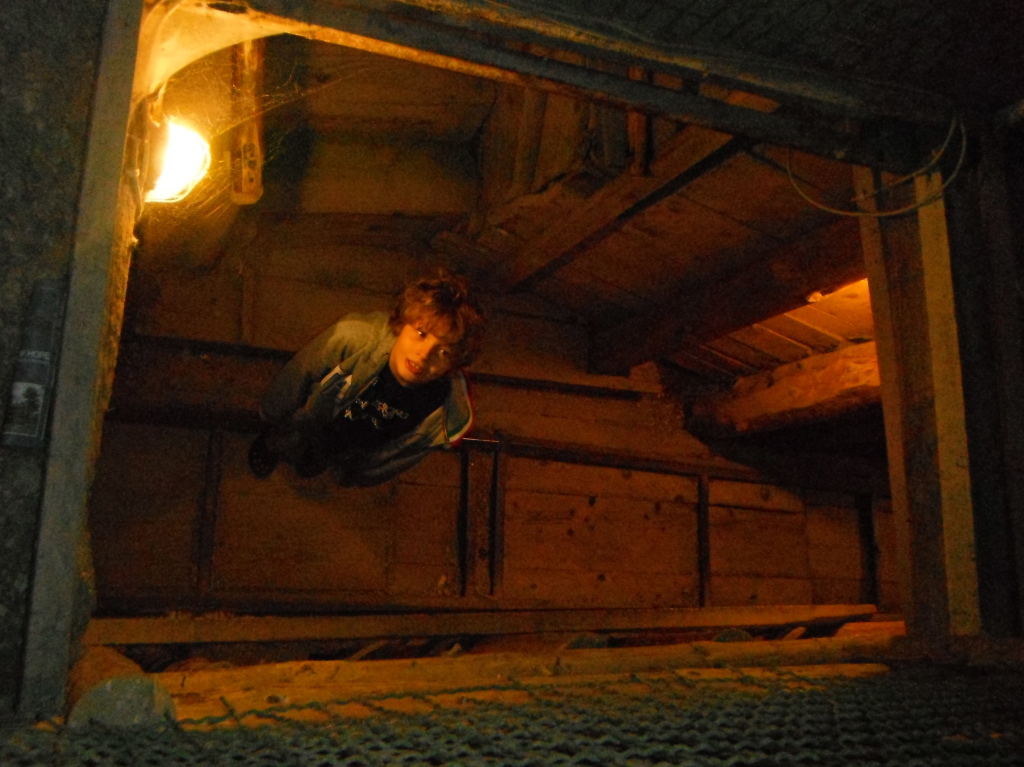 Exploramum and Explorason – Sarajevo – looking down into the Tunnel of Hope

Here you can see my head touches. In parts, I had to stoop down. I am five feet, four inches tall so imagine a man with a load and how his back would have hurt. 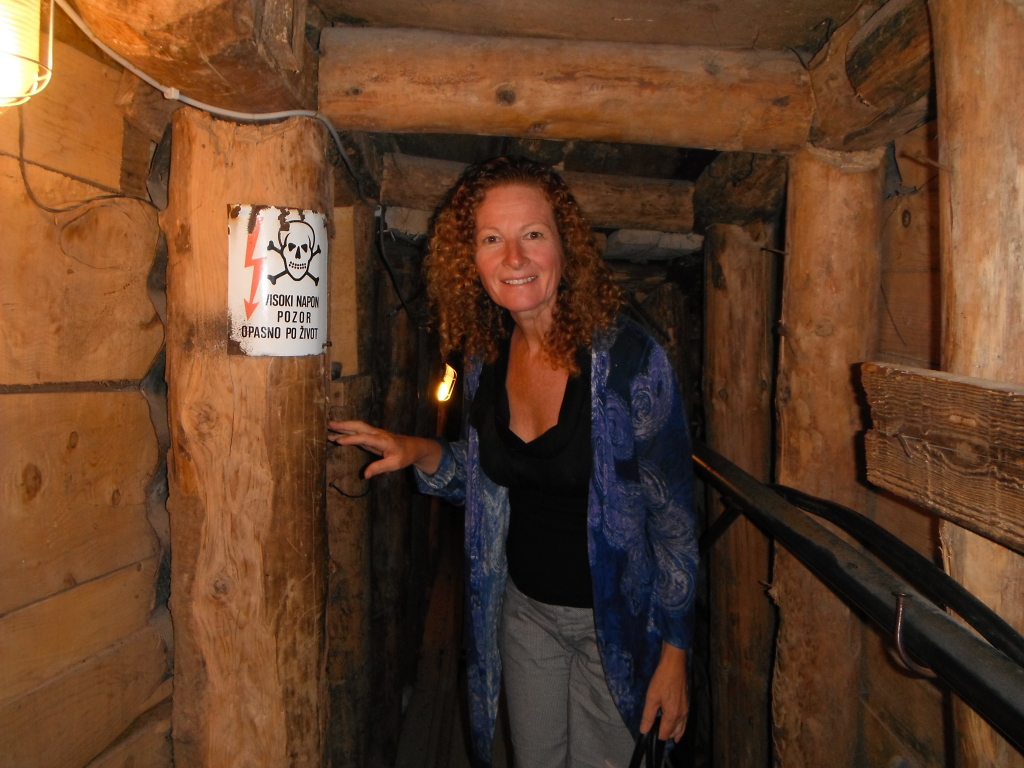 Exploramum and Explorason – Sarajevo – The Tunnel of Hope is low and you hit your head.

We leave the Tunnel of Hope and we head to the city. 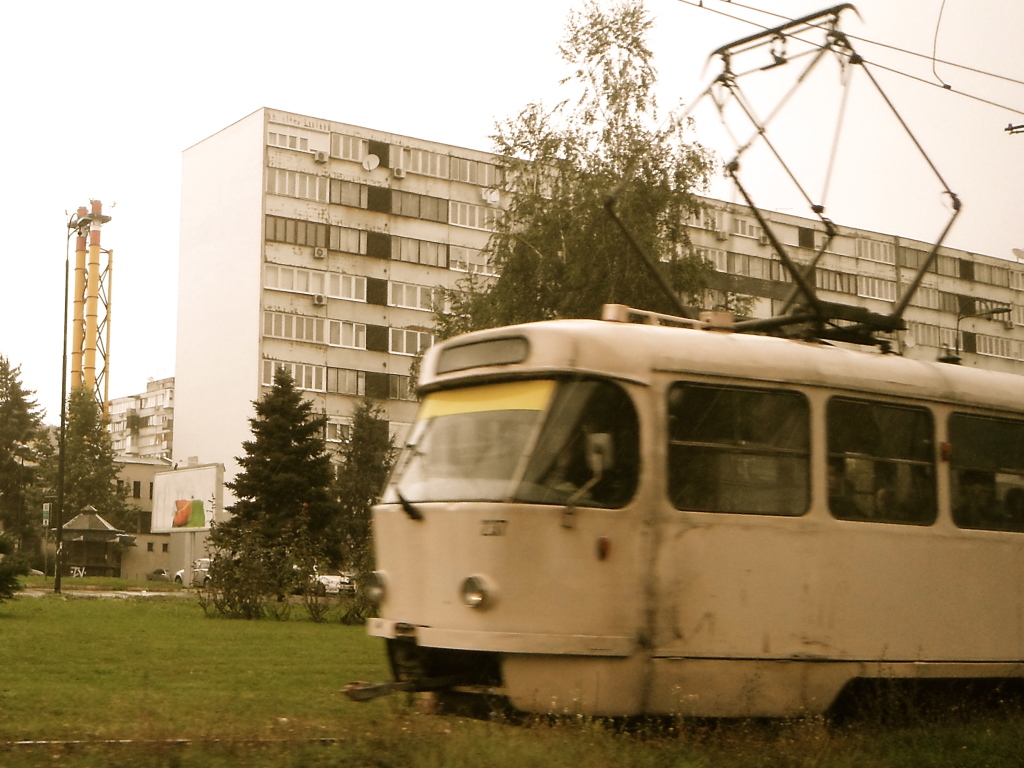 Exploramum and Explorason – Sarajevo – Old trams run in the city.

We are astounded that Sarajevo ever survived the siege.  The snipers were hiding all around the hills and it is in a valley. It is making itself into quite the western civilization. The old trams mix with the new. I think this city should be proud of how they are doing so well.

We watch as packed trams rattle past us. I REALLY hope they keep these old trams. Please, Sarajevo – they are just gorgeous. They are a part of your history and make your city special.  Make them an attraction. Keep them going. I think they give your city character. 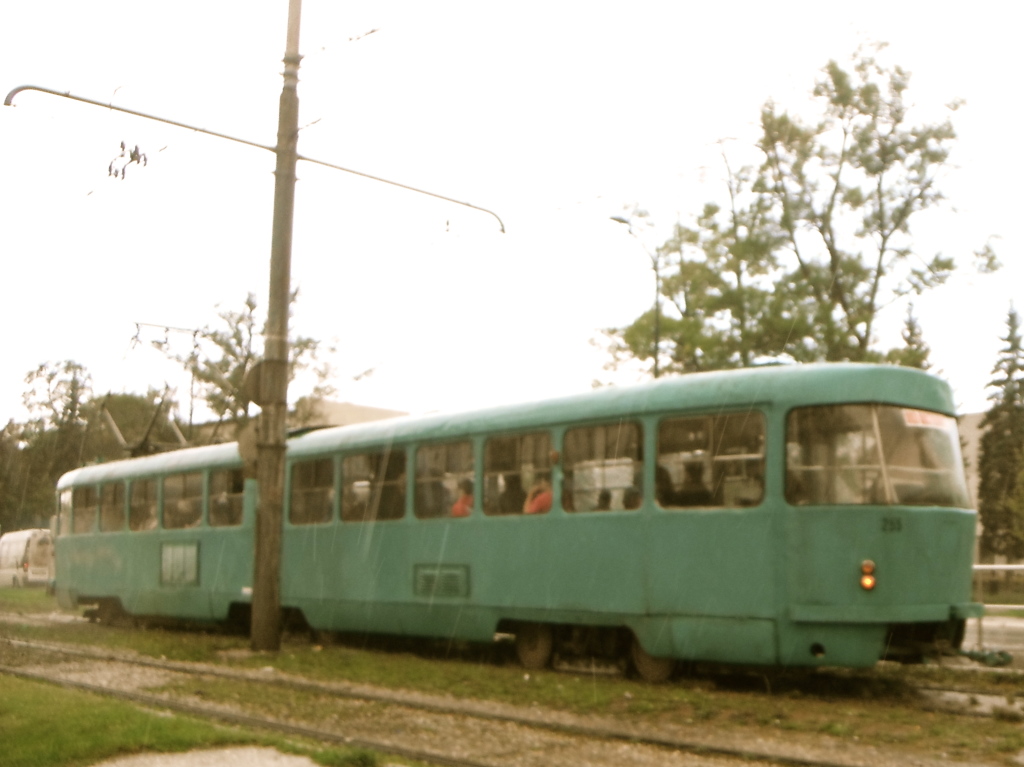 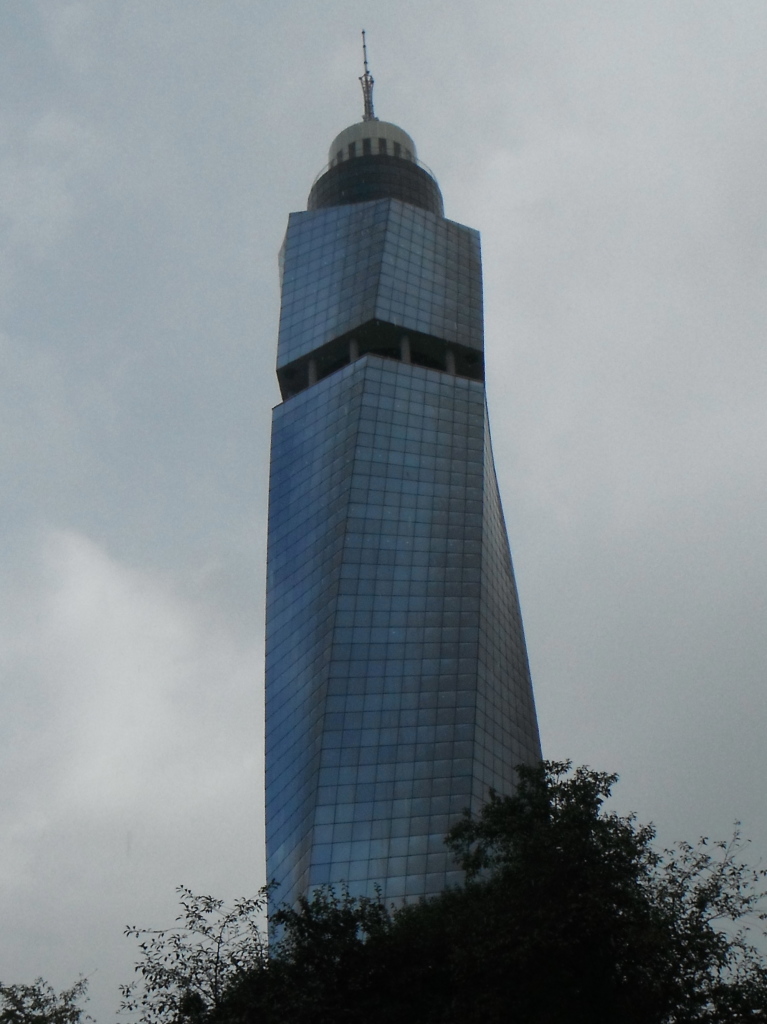 I am surprised that some buildings are not damaged. 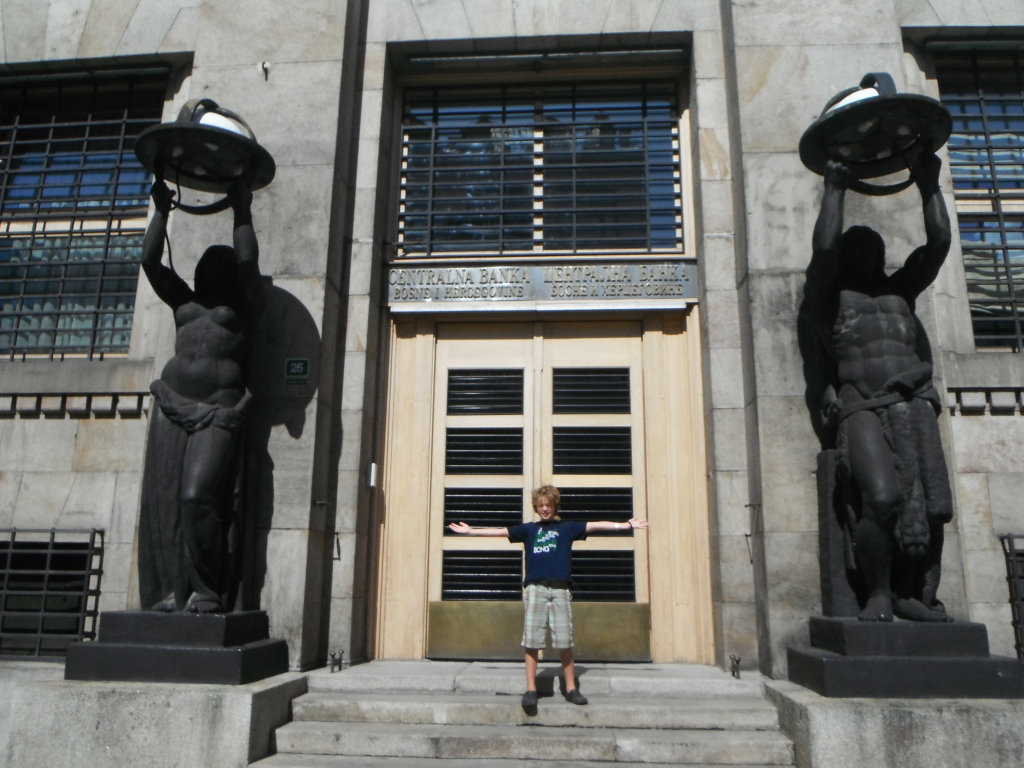 They still have the flame of Remembrance form earlier war times. I find this city amazing. 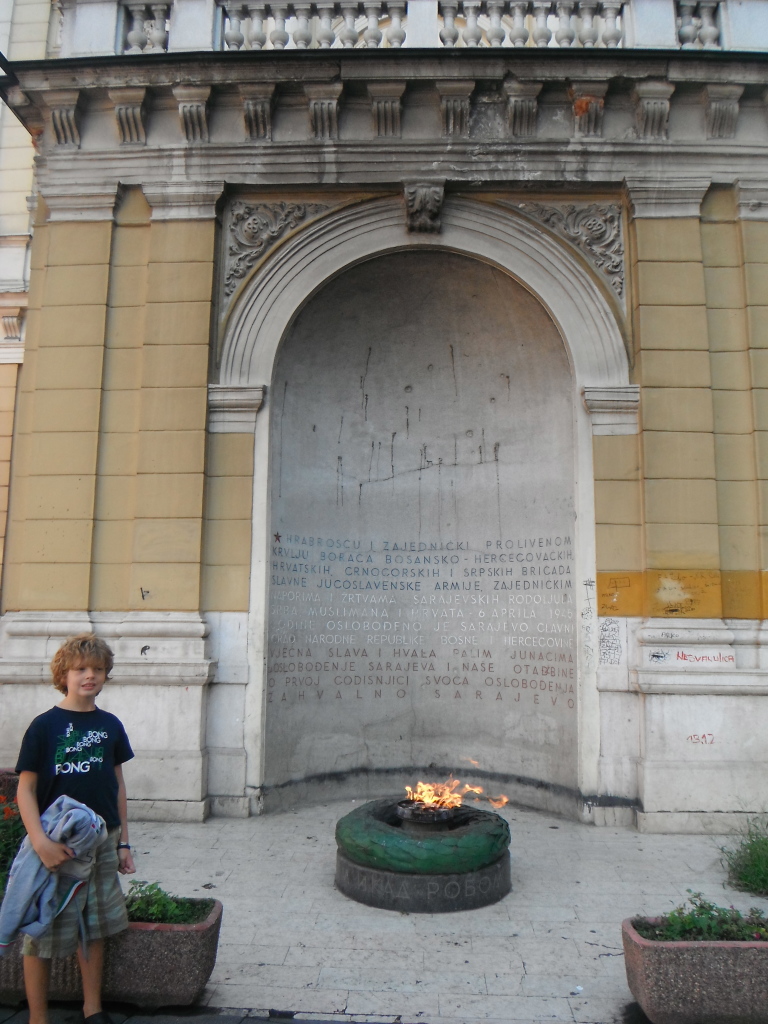 Exploramum and Explorason – Sarajevo – a flame of remembrance

We have to wait all afternoon for the computer to be repaired, and its cord at the Apple Mac shop. The guys are great.  I have suffered having no keyboard for 18 months – the letters scratched off. Then two weeks ago the cord had a meltdown and has been since taped up.  So we managed to get most of those items fixed.

With a visit to the mall, and then to the market it is time for a break.  I really like the furniture some artist created here. 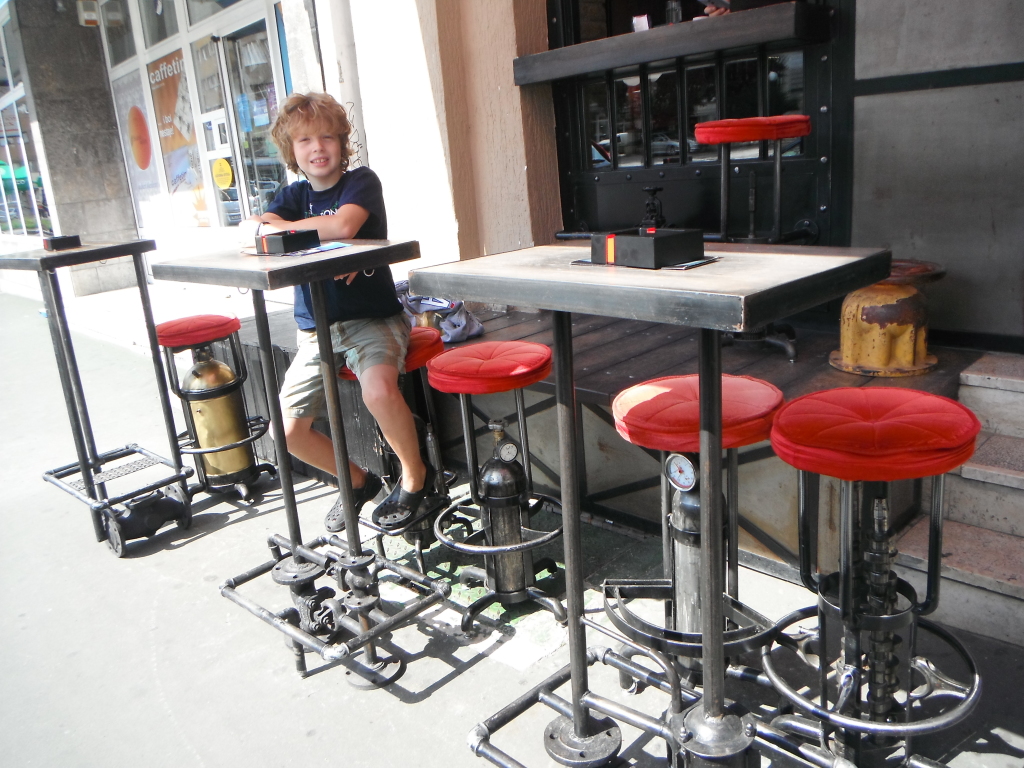 But the most challenging part of our afternoon as we waited for the computer repair was to look at the War Remembrance Display boards outside the Apple Mac store that lines the side of the water channel.

I cried as I looked at this mother. We talked more about the Bosnian War. 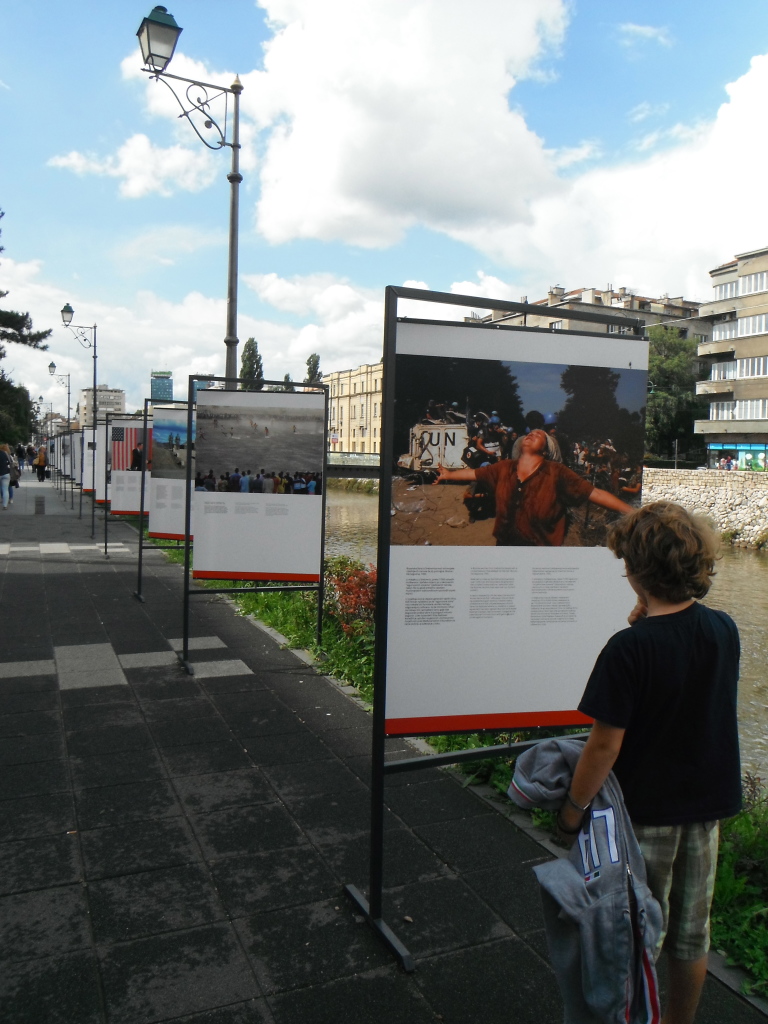 Exploramum and Explorason – Sarajevo – learning about the Bosnian War #1

Explorason was really struck with this photograph.  Here a landmine is being detonated. He is covering his eyes almost feeling the urgency.

There are still many places in the country that warn us not to go off the road in case of landmines. 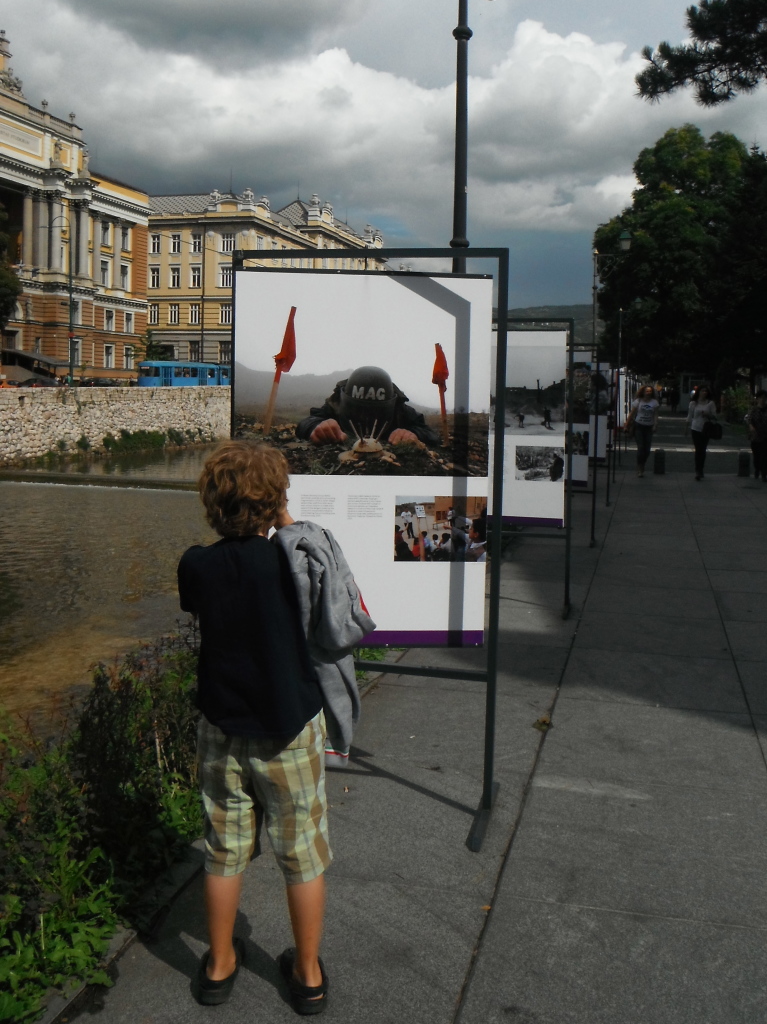 Exploramum and Explorason – Sarajevo – learning about the Bosnian War #2

As we leave to drive to Serbia we pass the historical end of town.  We are out of time and it is just starting to rain. 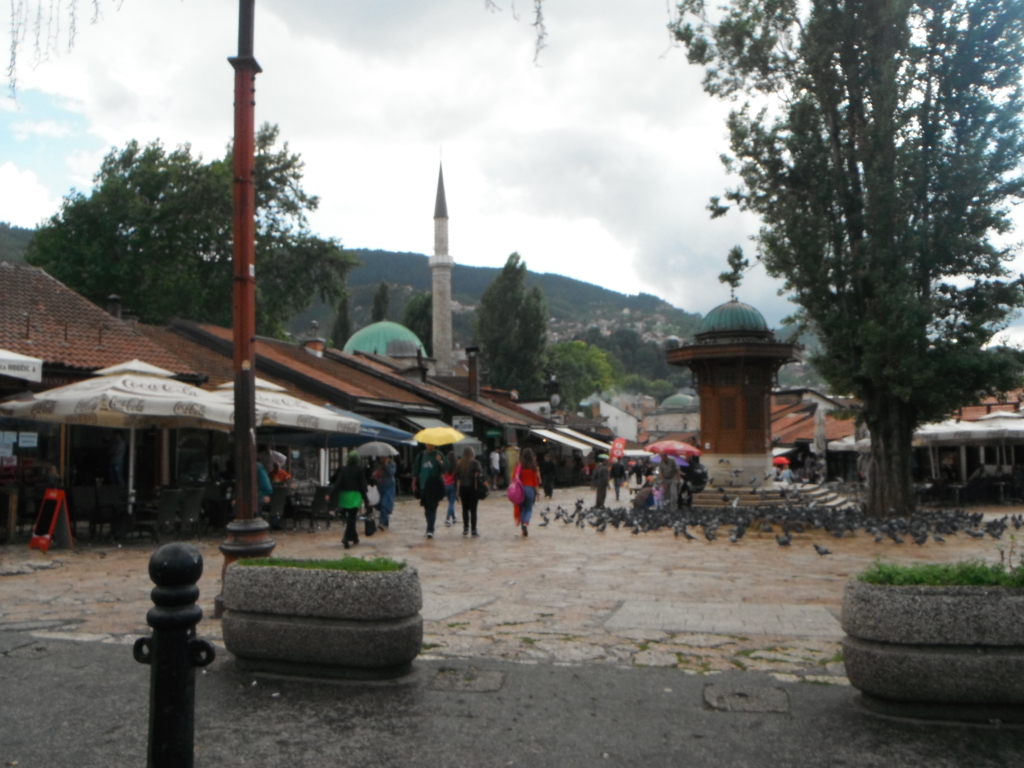 Sarajevo is worth a visit. Even if it is to stand and see how these poor people felt as the snipers hid in the hills. If you go, do not miss the Tunnel of Hope.

Also, I would like to give special thanks to a man and lady who helped us for an hour with helping us plan our way into Serbia and then down to Montenegro.

Sirius Travel.  If you have any travel requirements for Bosnia and Herzegovina or if you are in Sarajevo and need to make travel plans please do contact them.  They are wonderful, they speak English, and they are ever so helpful.

One thought on “Tunnel of Hope and Sarajevo, Bosnia and Herzegovina”