An attack on Australian child on Bastille Day

A day of national celebration?

Being in a remote area in the countryside we didn’t have a huge choice.

We went looking for action, but we were surprised with how it ended.

We thought there were night-time celebrations with fireworks and came in early for a look – well that was totally wrong.

So I wasn’t even prepared with the camera with what followed. 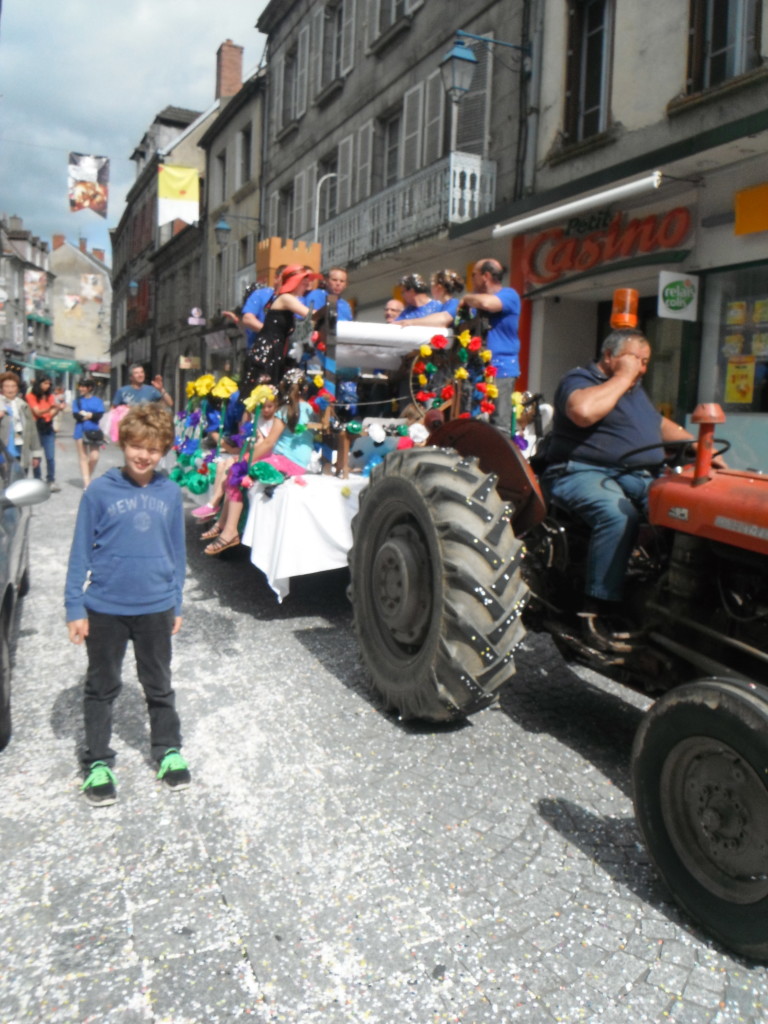 Exploramum and Explorason – the parade begins

Next thing I knew, a young dancer came and threw paper confetti all over me. I had been attacked.

She was gorgeous and we were laughing and I felt really happy to be here. 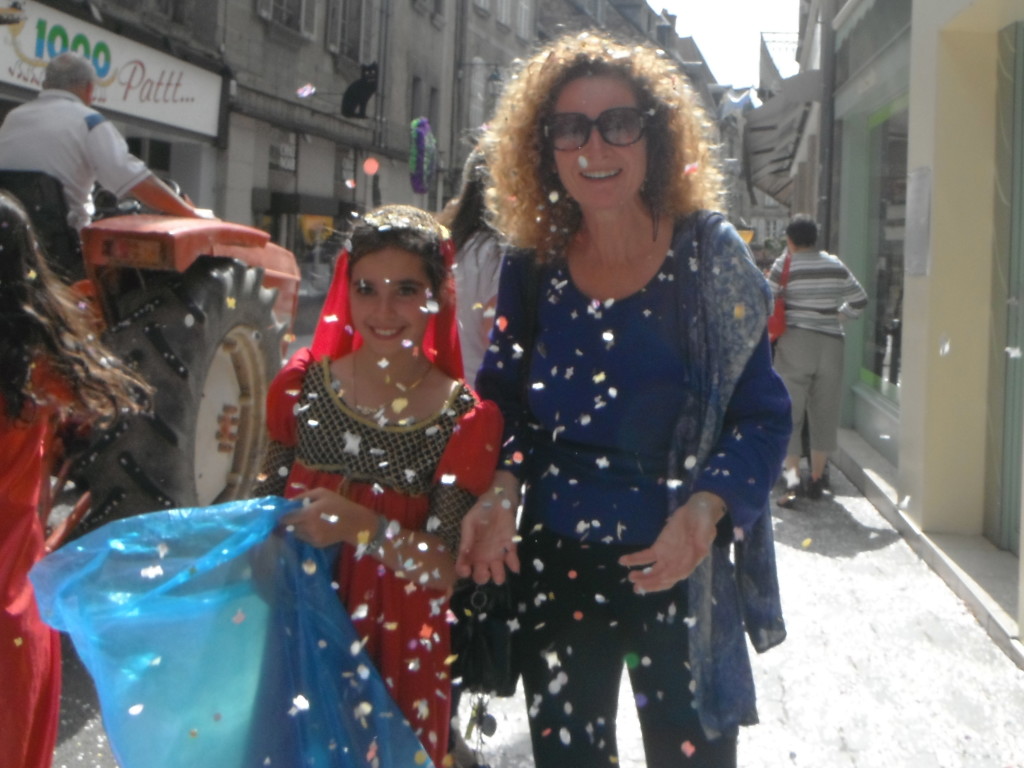 Exploramum and Explorason – the first bombardment of confetti

Paper confetti filled the streets, and the air was filled with music from the loudspeakers. 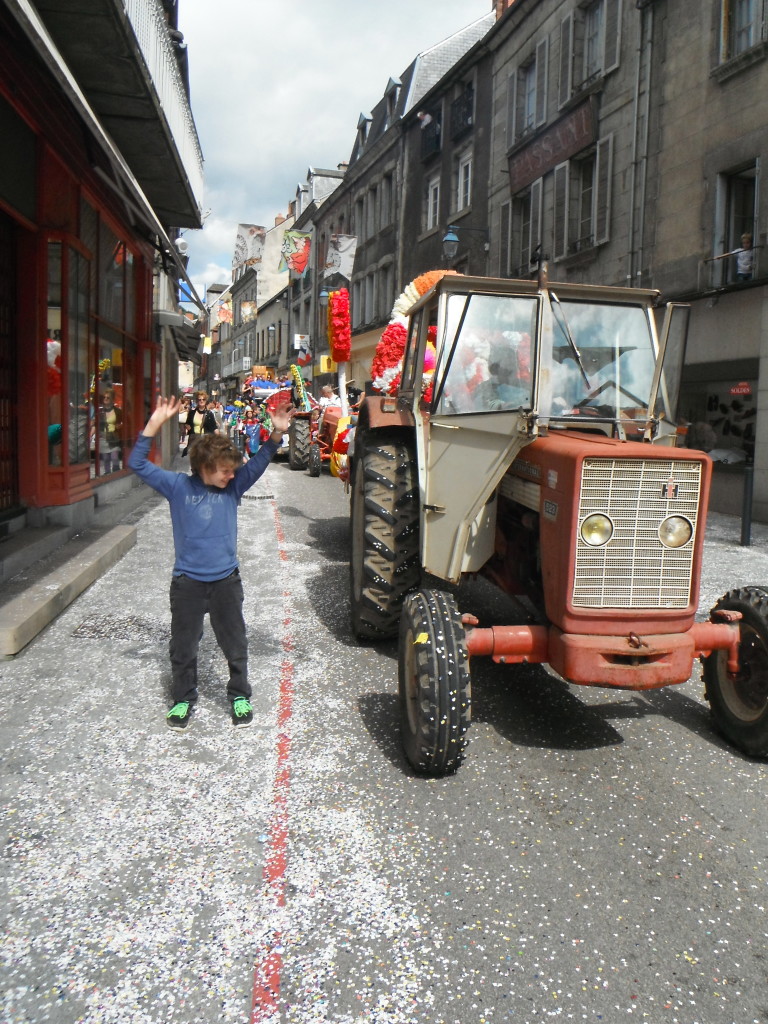 A few oldies hung out of their windows and watched from above.

The confetti even showered down from above. 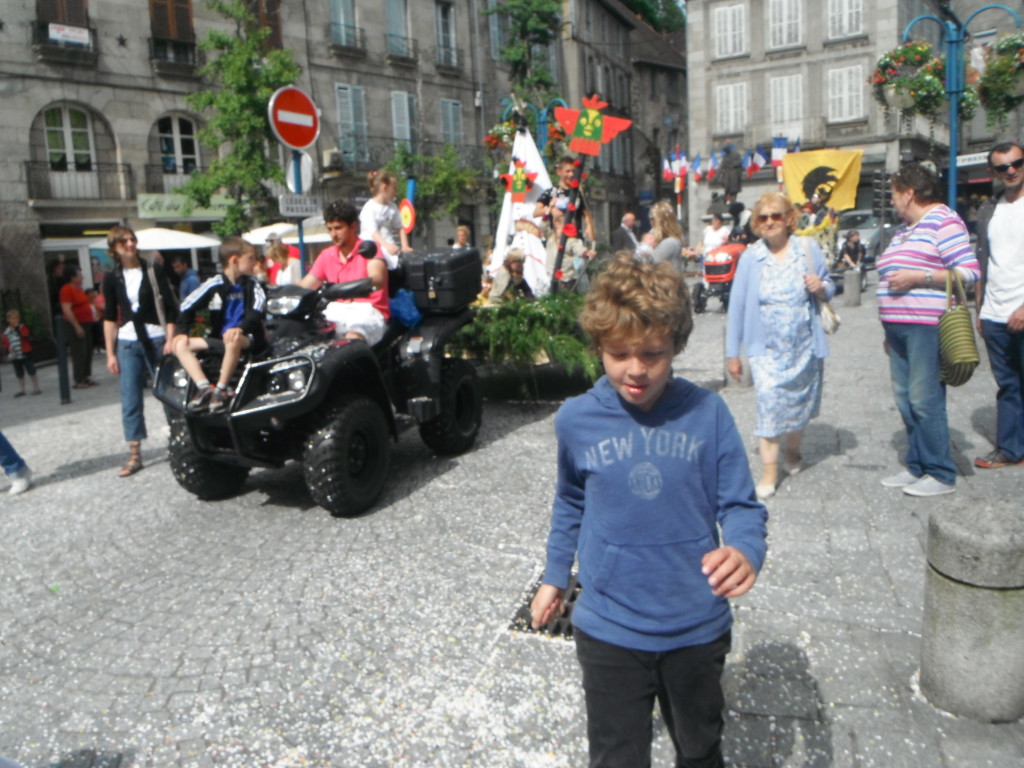 Exploramum and Explorason – the Indians are coming

These floats were pretty well home-made and by the looks of them, the children had participated.

This was a parade for the kids.

Next came a tee-pee.

The little Indians ran around with bags of confetti – most of it seemed to make its way down my top and into my underwear.

Suddenly there was a boy with a black t-shirt who discovered my son, and a confetti war started.

The Indians were attacking! 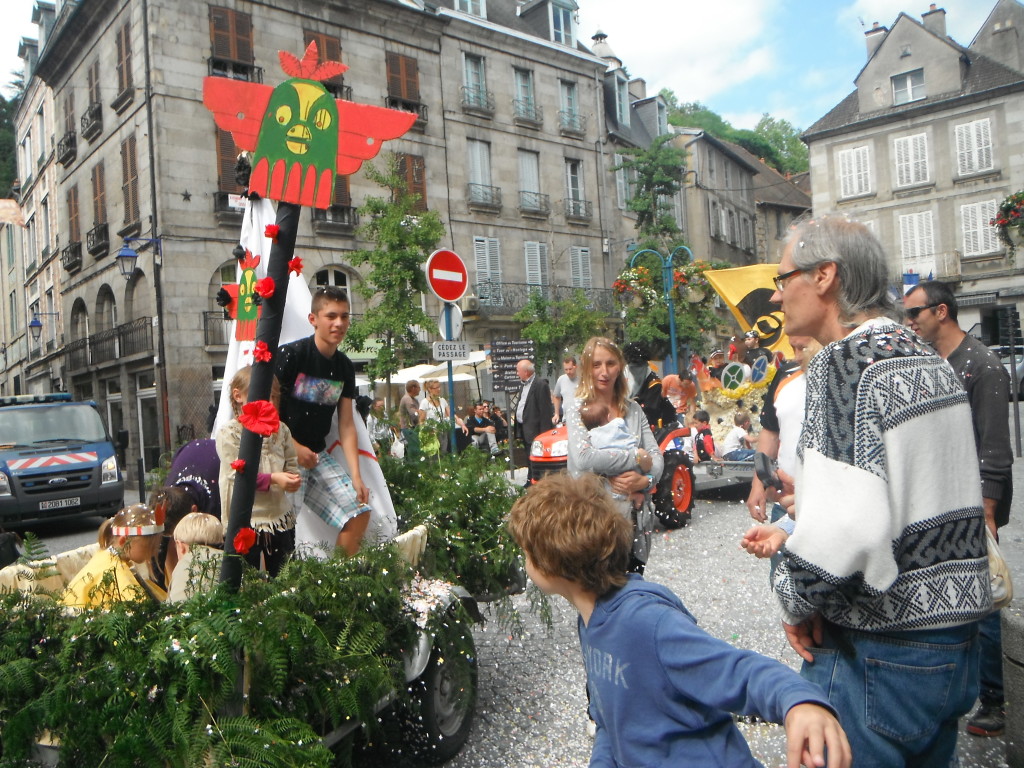 Exploramum and Explorason – The Indians are attacking

I joined forces with my son and gathered handfuls of paper bombs. 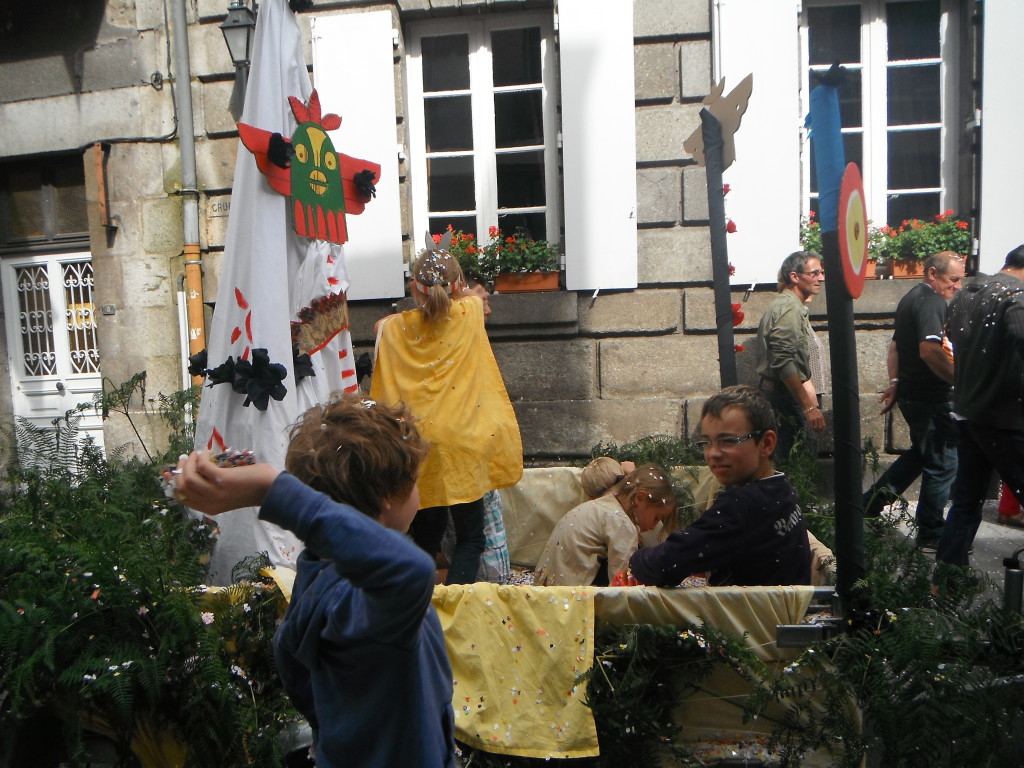 Exploramum and Explorason – we take revenge – with paper pieces.

He was on his knees. So was half of the town. All gathering what they could to attack back. 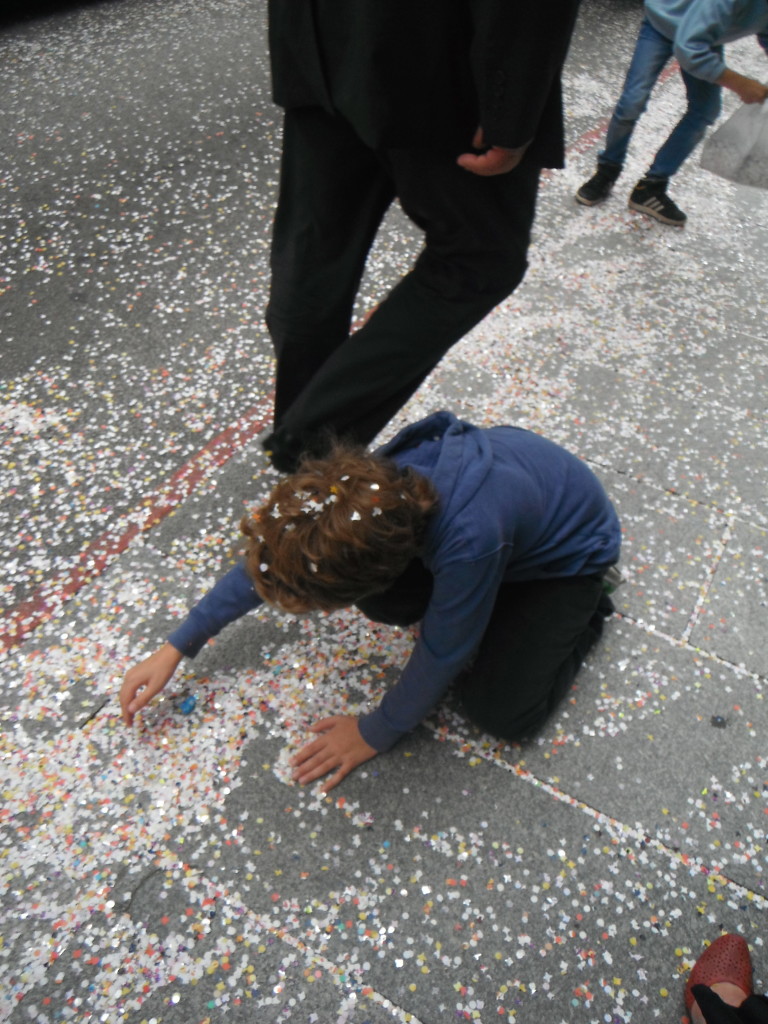 Exploramum and Explorason – collecting the ammunition

It was a fun war, but nevertheless, a war was to be had.

I was commandeered to collect confetti and join in as to who could bombard whom with least resistance.

We were then targeted and bombed continuously.

It was in my mouth, hair and itched its way inside my clothes right down to my feet. 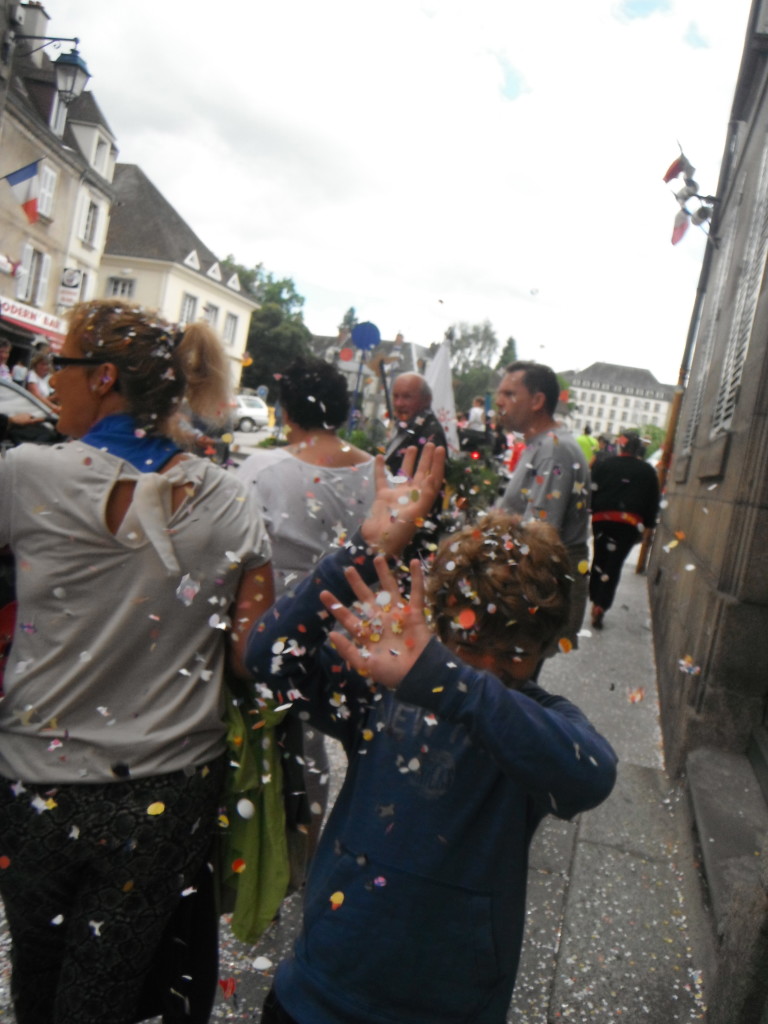 Exploramum and Explorason – warding off the enemy

Next, the clown joined in and the whole town seemed out to get us. 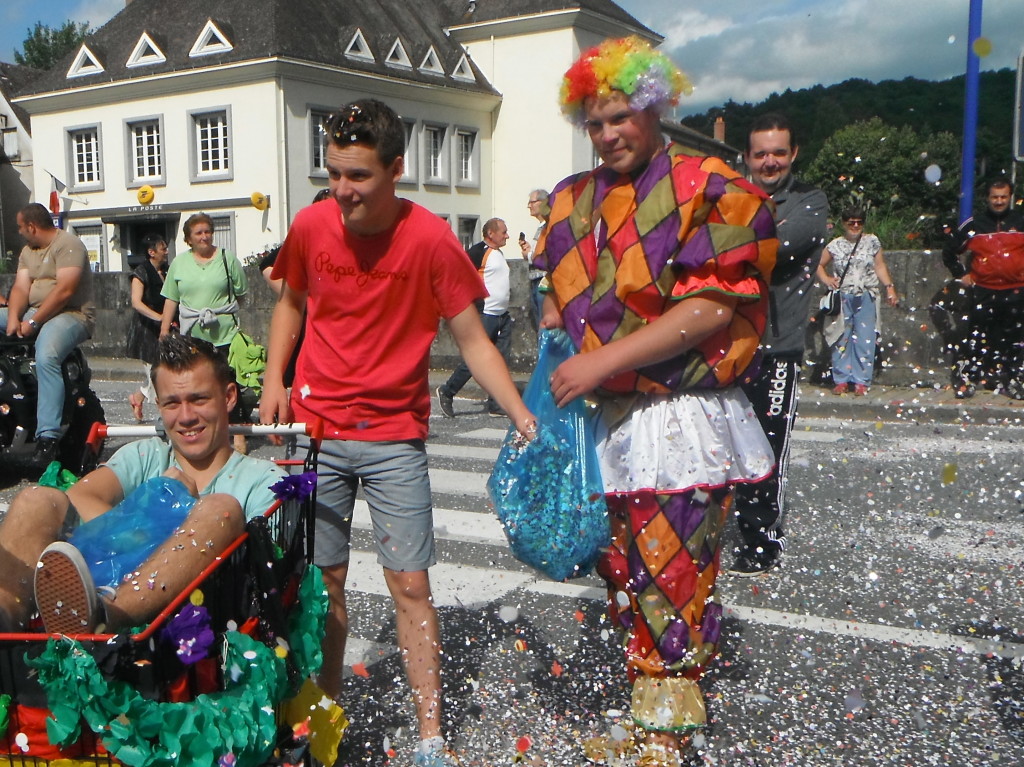 Exploramum and Explorason – the clown makes a surprise attack

They knew we were not locals and they really made a point of making us feel special and join in a day like we had never experienced before.

Toward the end, Explorason was part of the gang.

He was in with the boys, and I love the fact that language barriers form no part of the experience.

Fun is fun, and it was a hoot! 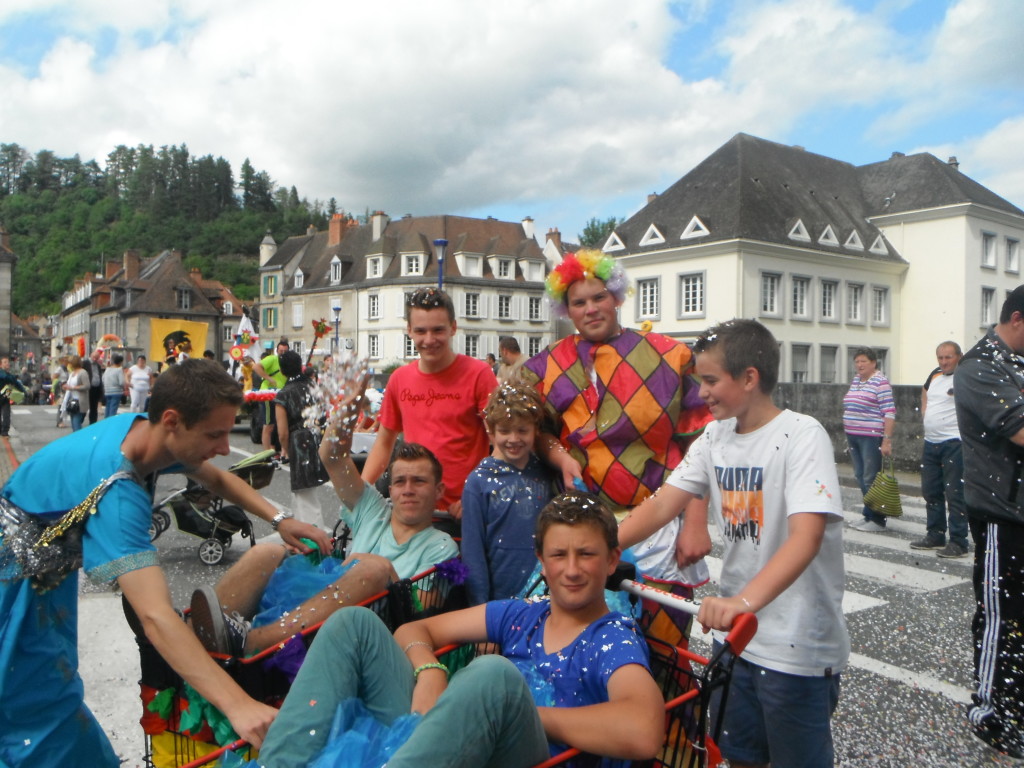 There was one last final attack on us when we least expected it.

The French had won the war! 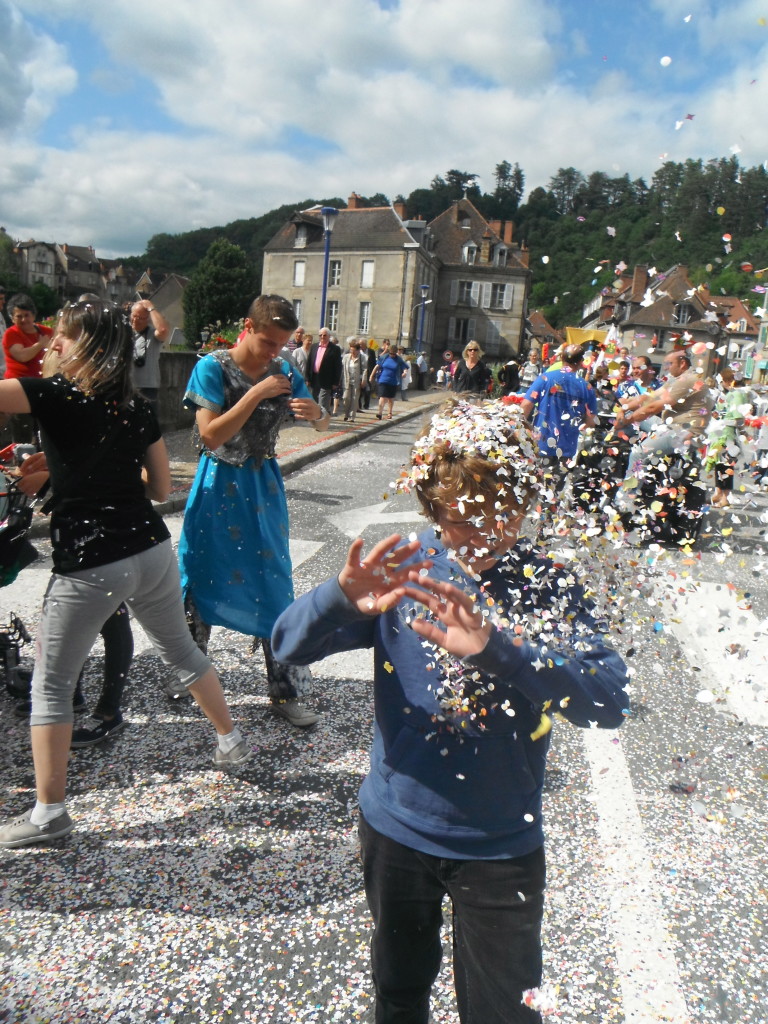 Exploramum and Explorason – the final attack

We will never forget the battle on Bastille Day.

We came away unscathed but needing to strip off. 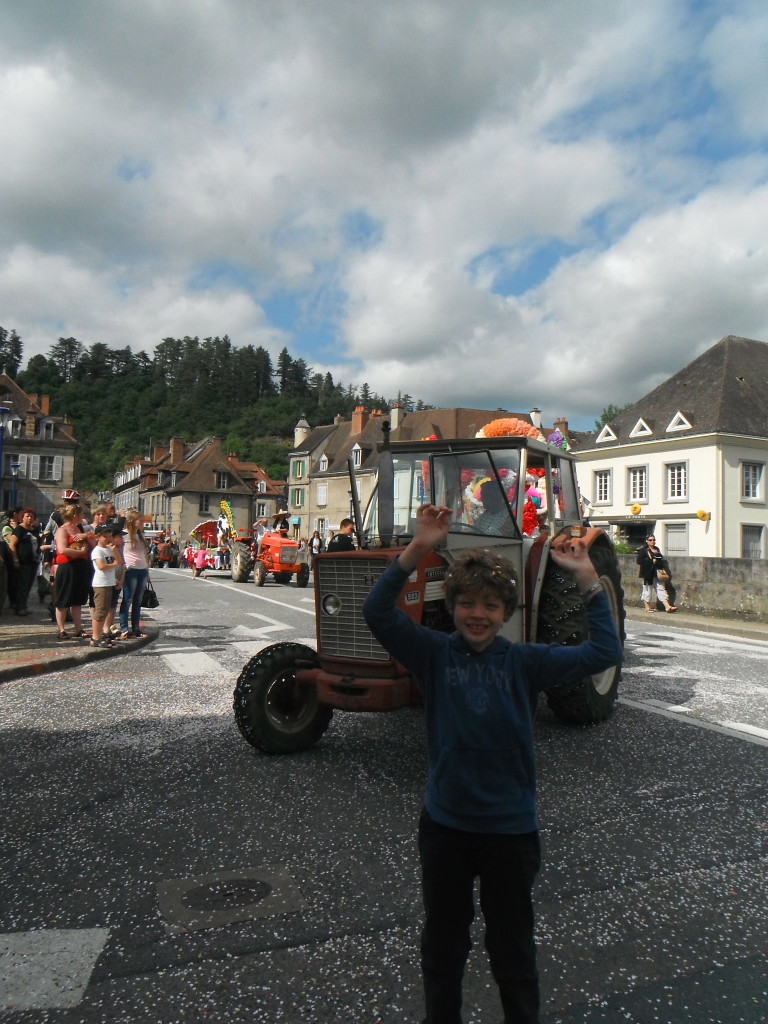 Housesit Match:  Housesitmatch.com by clicking here. You’ll also be helping us with our travels.

Fantastic news – use this special in the “Redeem Coupon” section.

HOW TO GET FREE ACCOMMODATION AROUND THE WORLD Want to house-sit? click here for Housecarers

4 thoughts on “Attack on Australian child on Bastille Day”